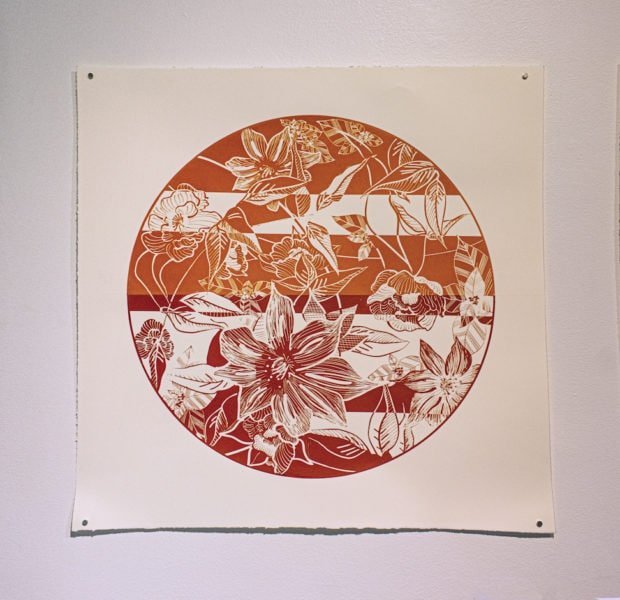 Jade Hoyer, professor at Metropolitan State University of Denver, completed her residency at Zea Mays  in summer 2019. Hoyer was working on two round plate etchings during her stay. The imagery for the plates was a montage of images of flowers that she and her partner had encountered and documented  in their neighborhood while walking their dog, in the weeks leading up to their wedding. Hoyer talked about the floral imagery as symbolic of partnership and the relationship she has with her now husband. The etchings have no clear orientation which Hoyer said was a critical aspect of the pieces and indicative of her partnership. During her time in residence she expanded her initial sketches, inspired to create another body of work. What started out as etchings evolved into silk screened prints with punched up contrast. Hoyer had a show devoted to this imagery at the Civic Center in Denver and had an exhibit planned in India that has been postponed due to the pandemic.

Hoyer came to Zea Mays to learn more about greener printing practices, the facilities she was teaching in were lacking in safe practices and she had a student who was deathly allergic to solvents. Hoyer said she wanted to acquire the skillset to teach etching both in the physical space she was inhabiting and to meet the needs of her students’ sensitivities. Hoyer spoke about how gratifying it was to be in the mindset of a student again and how even when you follow all the steps things can still go amiss. It was a good lesson in humility she said. Hoyer spoke of how inspirational it was to gain perspective from Liz Chalfin and what a wealth of knowledge she is. It made her consider how to cultivate a similar space for her students back in Denver. 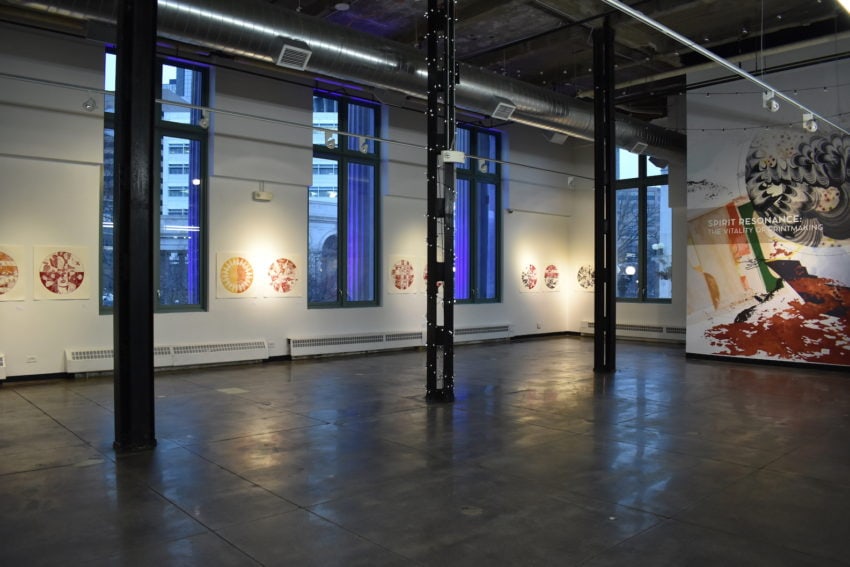 “The Spirit Resonance” a show curated by Dr. Sarah Magnatta and displayed at the McNichols Civic Center Building in Denver (Jan 2020-April 2020)

Hoyer expressed the importance of cultivating space for an art practice during the pandemic, physically and temporally. She has leased a studio space with her friend to honor the importance of that practice. She’s trying not to be explicitly focused on an outcome during this time instead allowing herself to follow her threads of thought. She talked about the pressure that comes with being a faculty member in terms of the number of exhibitions and scholarly output expected each year. She said it’s been freeing now that everything has been postponed. Hoyer set up some rules for herself at the beginning of the pandemic, she committed to wearing pants and make up everyday. “I’ve been wearing a lipstick color everyday and putting these circular dots on a piece of paper which is now like 150 lipstick dots, I don’t know what I’m going to do with this project, but that’s one example of something that isn’t usually in the spectrum of how I think about my work…but now it’s more tedious than anything else.” 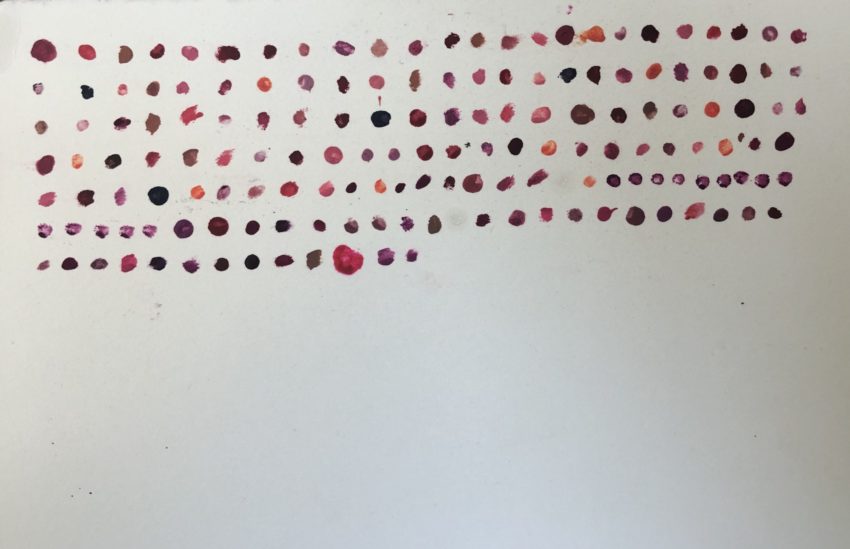 Hoyer said she found printmaking through book arts and a childhood being left in the children’s section by her librarian father. She explored printmaking because of an interest in engaging in narratives and by employing prints in installation. She spoke about the similarities of print and installation, how in both cases you are talking about how you can portray this imagery across multiple sensory experiences.

Check out more of Jade Hoyer’s work on her website https://www.jadehoyer.com/about