Elizabeth Jabar is a Maine based artist who formerly chaired Maine College of Art’s Printmaking Program and is now the Director of Civic Engagement and Community partnerships at Colby College. Jabar’s work ranges from mixed media work to socially engaged projects for social change. Jabar completed her residency at Zea Mays in 2017 and has stayed connected to the studio in many ways since. 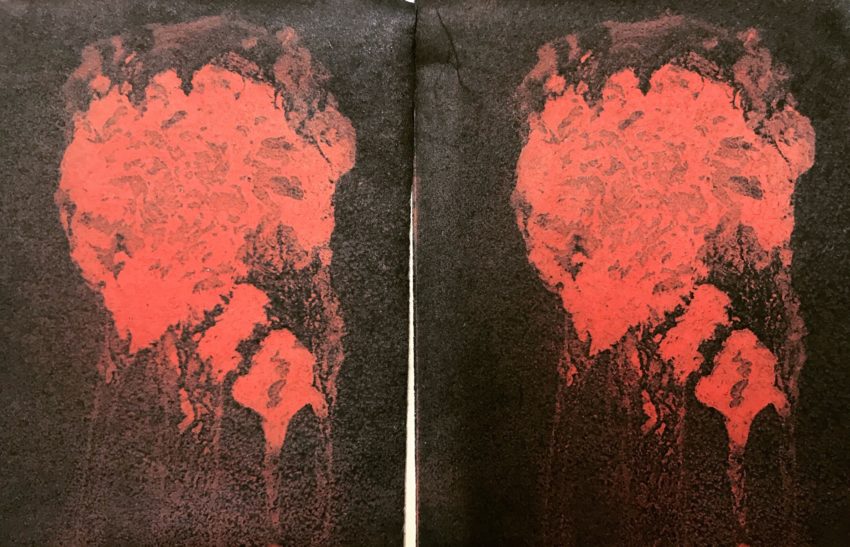 Jabar arrived with a bunch of plates already etched with the goal to have an intense time printing and experimenting during her residence. She’s still working on the project she was working on while at Zea Mays. Jabar raved about how beautiful the private studio was and what a dream it was to be in such a well equipped space, “Liz is just so thoughtful about how she sets up her studios and the experience she creates for residents that it was incredibly productive, I cranked out a lot of work”. During her residency Jabar was able to have an internal dialog with her work. Jabar’s creative process is never linear, “being in that amazing studio, on the press bed, really opened up new ideas for me”. Jabar said that in our day to day lives one doesn’t have the time emotionally, physically, and intellectually to have the kind of intense thinking that residencies allow. 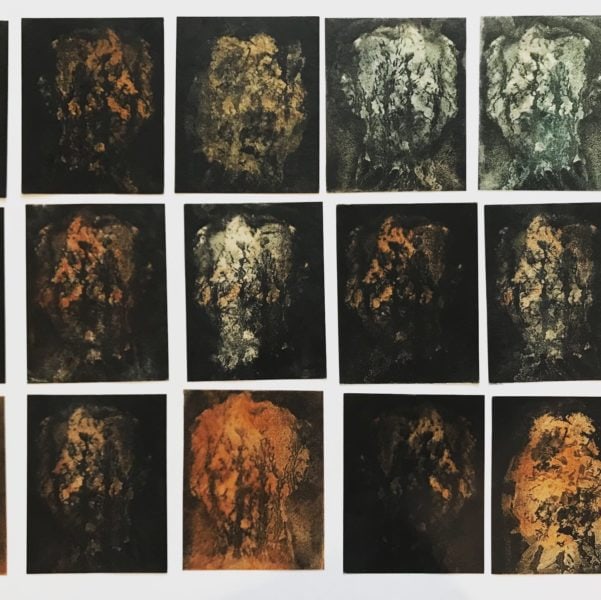 The project Jabar started during her residency explores the relationship between people and the planet within the idea of community, “We’re in community together and we’re on this earth so how do I start calling in or referencing the sort of power of creation and nature and also the incredible destruction to theplanet that’s happening”. She’s thinking about nature as a divine force versus the awe of the natural world, the incredibly destructive force of nature, and our destructive force to the planet. During her residency Jabar was able to explore the kinds of images she wanted to use to discuss these ideas. She contemplated whether to create a space or an image or an object that would prompt an entry point for reflection about the force of nature. Jabar says she’s still figuring out the kind of work she wants to make and how to focus on such a large topic through the printing process. Jabar was able to produce images that she has been able to keep exploring and follow her wandering thoughts through imagery and research which she said was truly a gift. 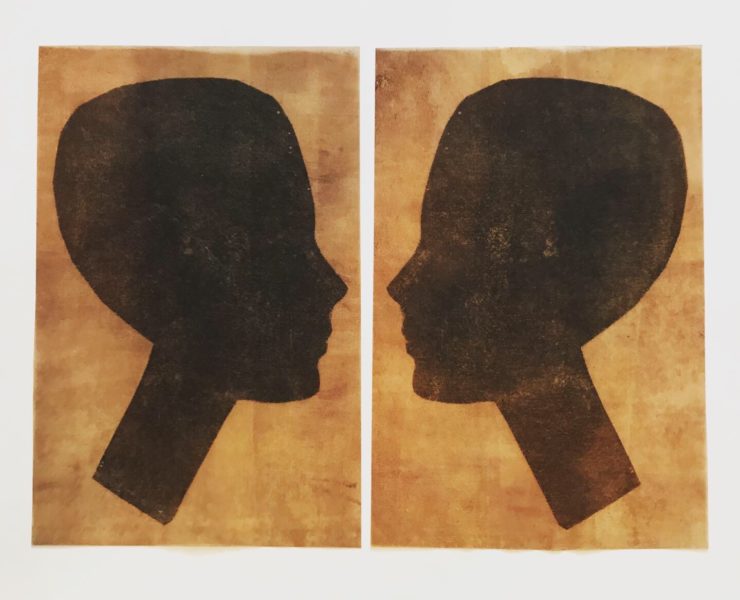 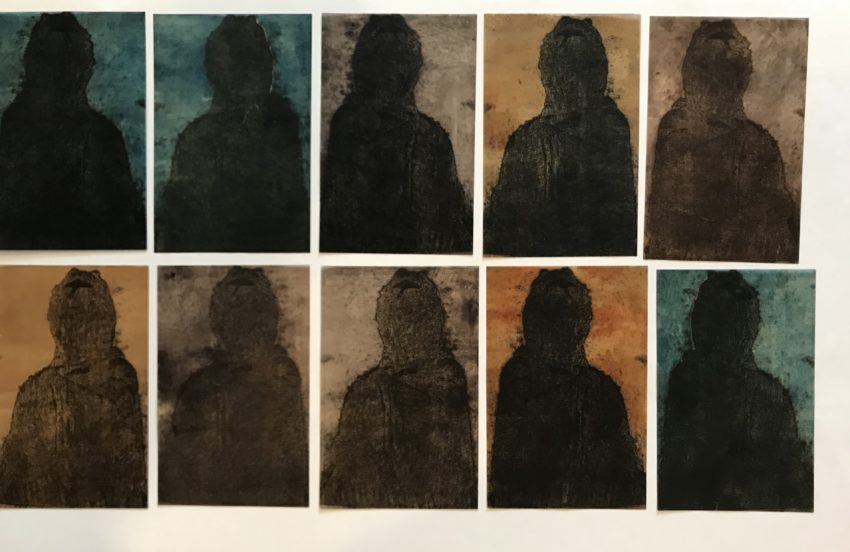 Jabar talked about some perks that came out of her residency and the continued relationship with the studio. She got to meet Esther White, a current member and teacher, who’s work she had been admirring for a long time. She said getting to see White’s work in person and have studio conversations together was a very positive part of her time at Zea Mays. Jabar even came back after her residency to take a workshop with White on photo collagraph techniques that she’s been exploring in her new work since. Jabar said she was energized by getting to see the work of Dan Chiaccio and Kevin Pomerleau who were interns at the time and hear about their process, as an educator. Jabar praised Zea Mays for the amazing mix of people who are part of the studio, all ages and identities, doing such arange of work. 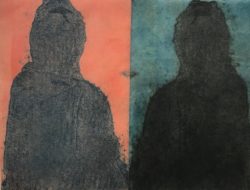 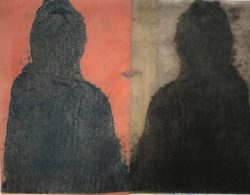 Jabar has stayed connected to the studio throughout the years in many ways. She has brought Chalfin and Andrew Baldwin (who invented big ground and was visiting Zea Mays) to talk to her students. When Jabar was improving the facilities and intaglio practices at Maine College of Art, Chalfin and Baldwin came to advise her. Jabar spoke highly of Chalfin’s generosity: her willingness to share what she has discovered and learned, the spirit she brings to printmaking, and how these core values have impacted Jabar, not only as a printmaker but also as an educator and community advocator. Jabar started her own studio, Hinge Collaborative, in Waterville, ME before COVID hit but hasn’t been able to offer workshops yet. Chalfin is a role model for a lot of people Jabar said, including herself, not only about technical practices but also how she established a printmaking community, “I really appreciate being able to learn from Liz and observe and ask her those questions and be at Zea Mays, it’s an amazing place. So that was really inspirational for me for where I’m at now to aspire and learn from the best practices Zea Mays has established on all levels”. 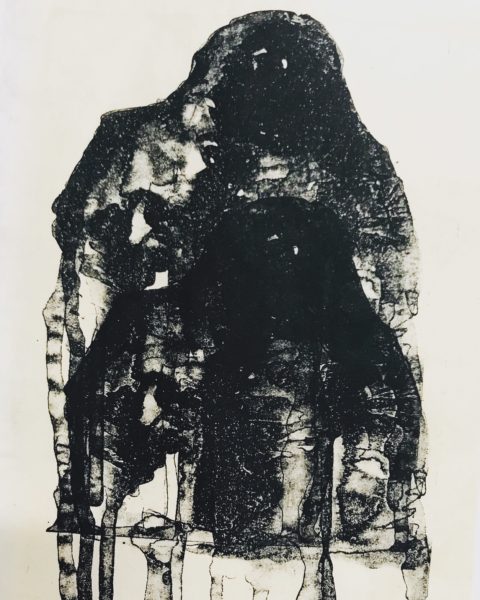 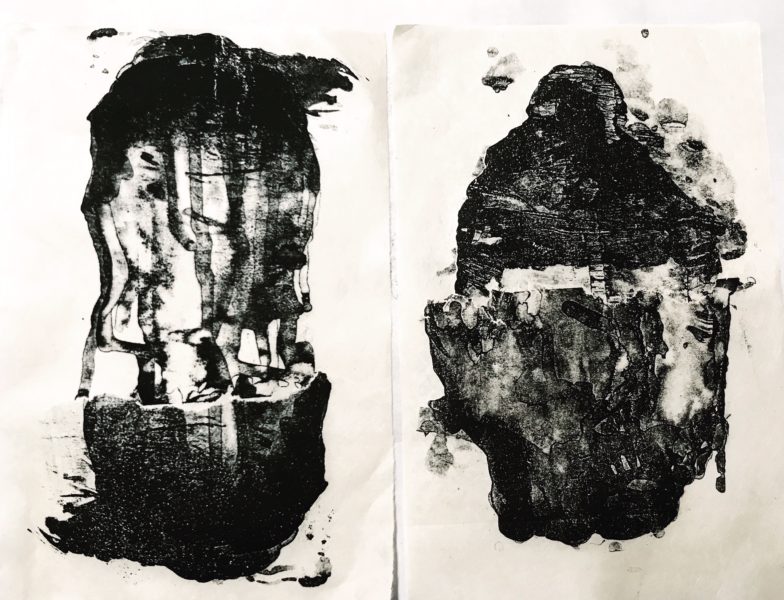 Jabar opened her own studio when she left Maine College of Art to work at Colby because she wanted to continue her individual practice, “I wanted to continue my practice even though I knew it would look different and my job now is still very much advancing all my investigations around what it means to do community based work or work in the public but not specifically through an art lens”. Jabar’s studio is right down the street from her apartment so she’s been able to keep working throughout the pandemic, she feels extremely privileged and lucky to have been able to have such an incredible outlet to be able to make work throughout. 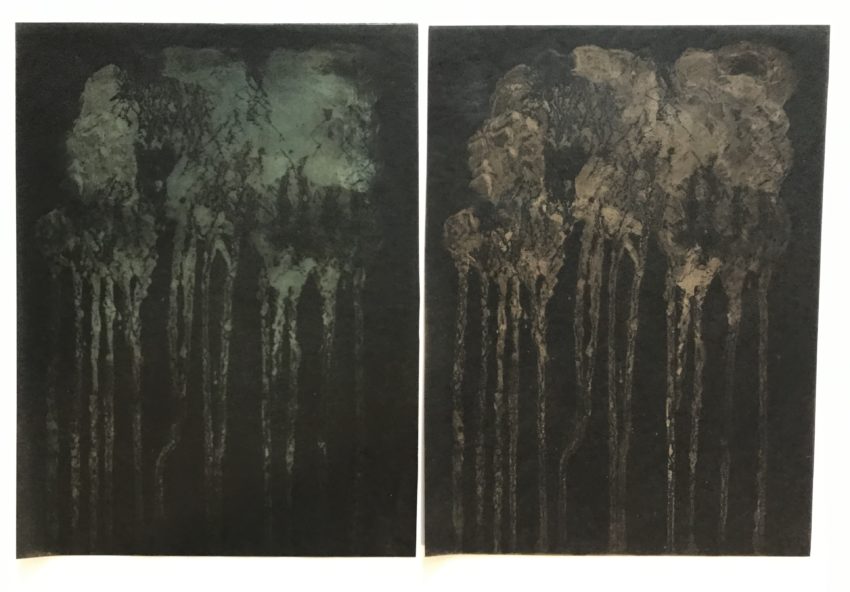 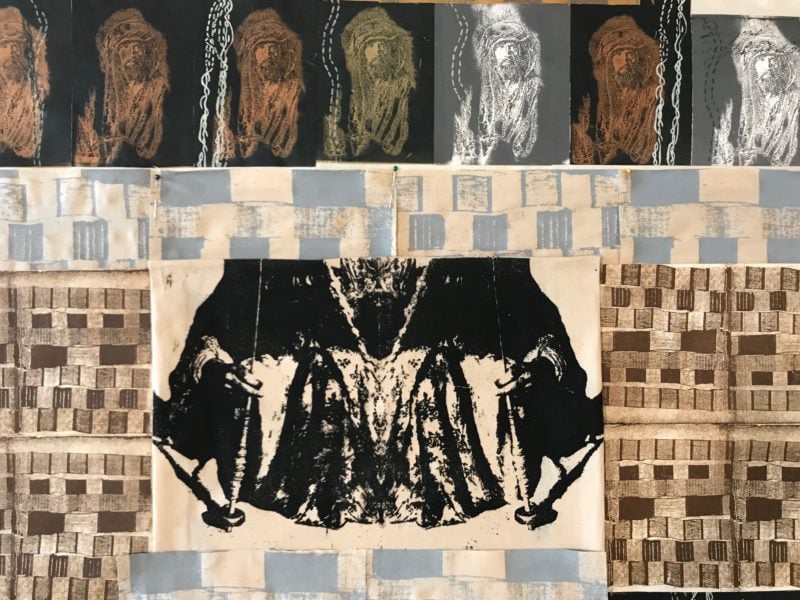