Klacsmann tries to capture the consciousness of animals as they exist independent from, but intermingled with humanity. Loving beauty more than efficiency, he first meticulously carves each thing that appears in his work in linoleum or wood. Some of the resulting relief prints are further developed with paint, ink, and colored pencil and become parts of mixed media collages or installations; other prints are scanned and turned into polyester lithography plates or used in digital collages.

Klacsmann is a member of the Society of American Graphic Artists (SAGA). His work has been shown nationally and internationally and is included in the permanent collection of the Albany Institute of History and Art, the flat files and archives of Zea Mays Printmaking, and the Miriam Shapiro Archives at Rutgers University.  In 2014, he received the Medal of Honor in Mixed Media and Walinska Memorial Award from the National Association of Women Artists (NAWA). In 2016, he was a semi-finalist in the Outwin Boochever Portrait Competition held by the National Portrait Gallery. 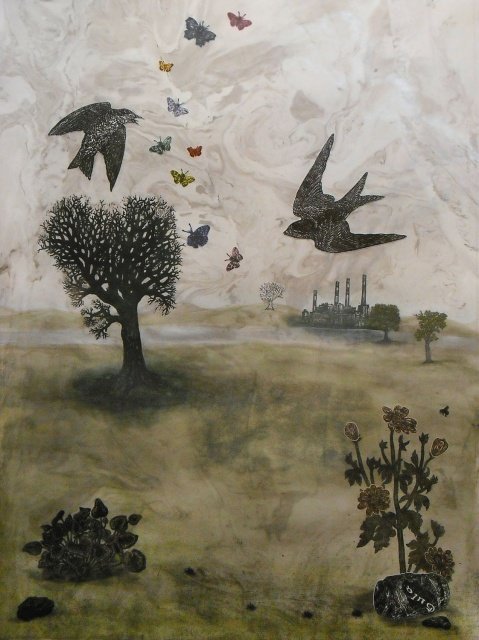 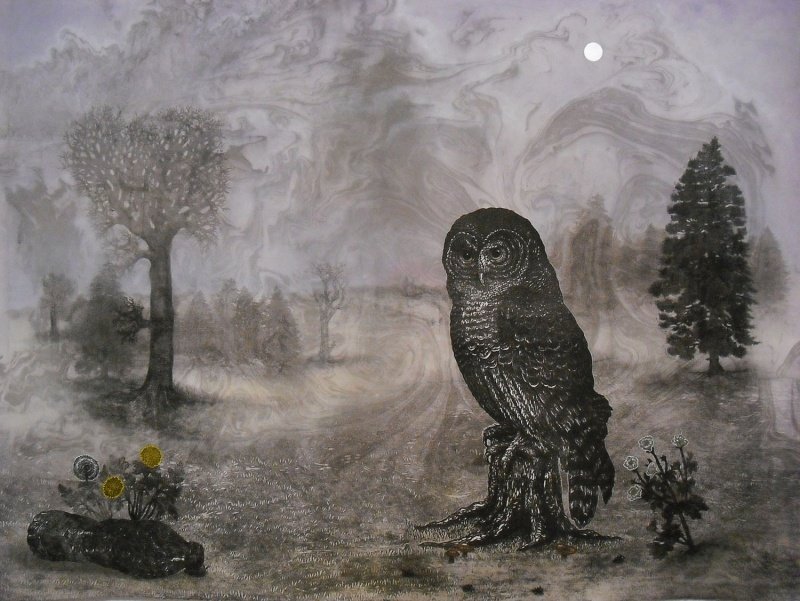 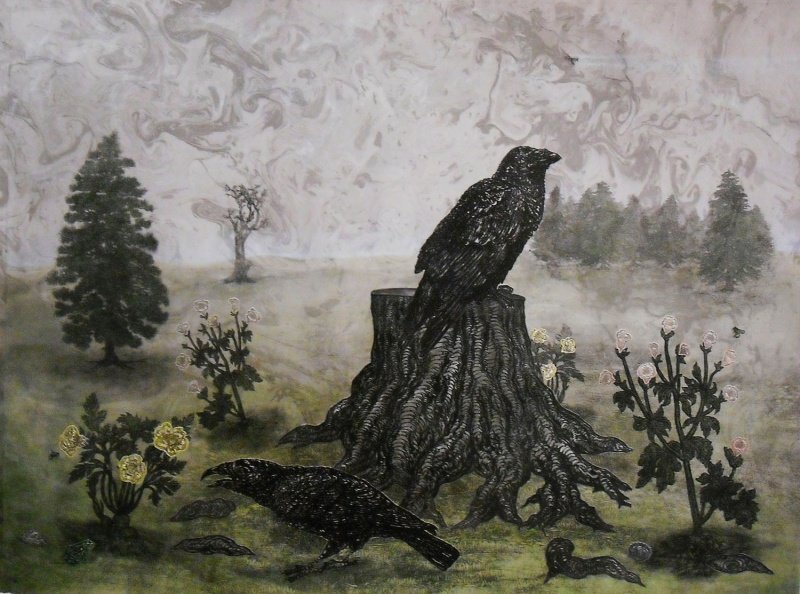 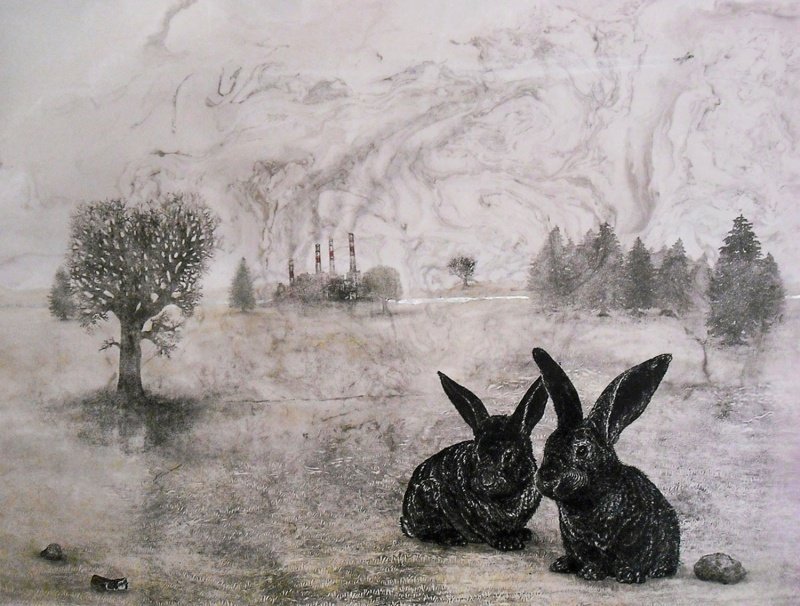 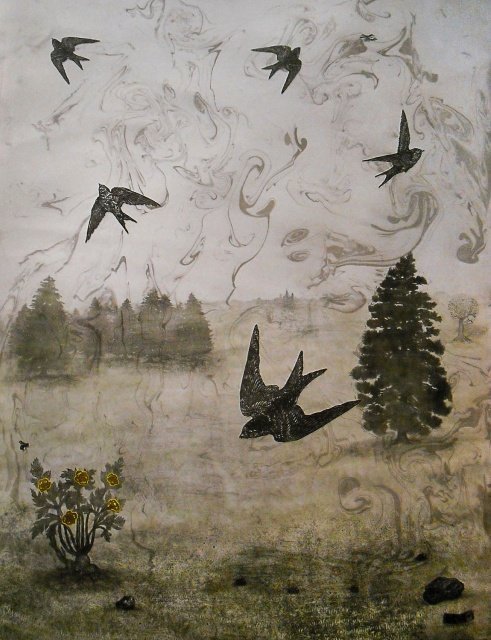 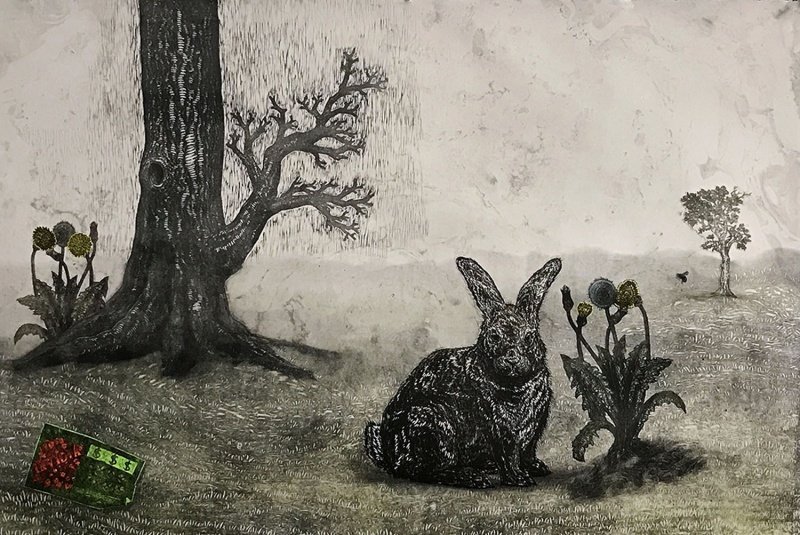 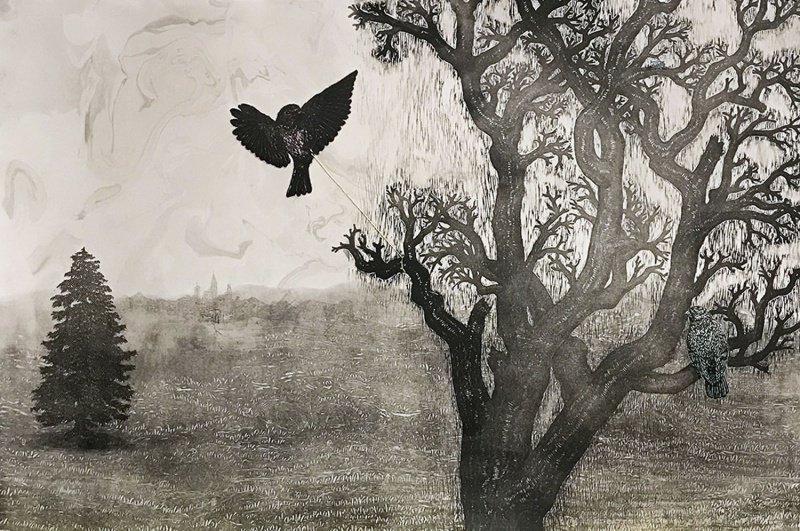 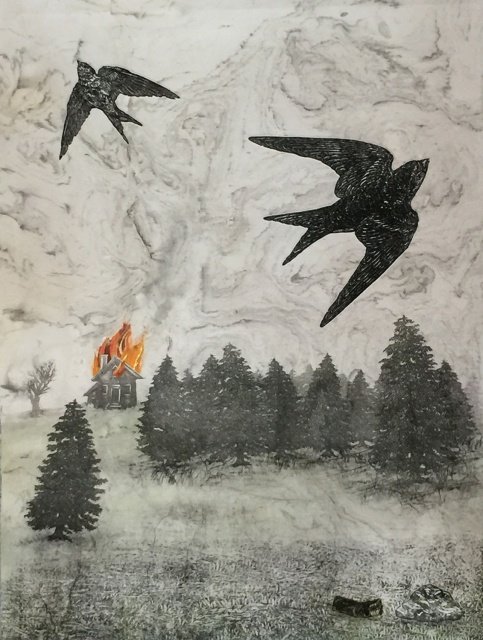 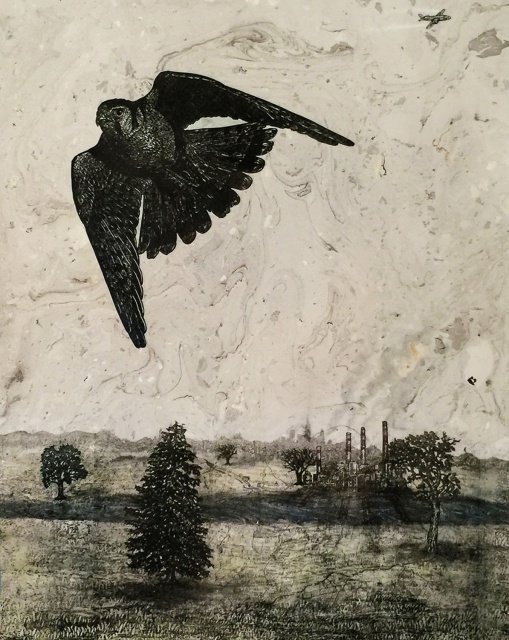 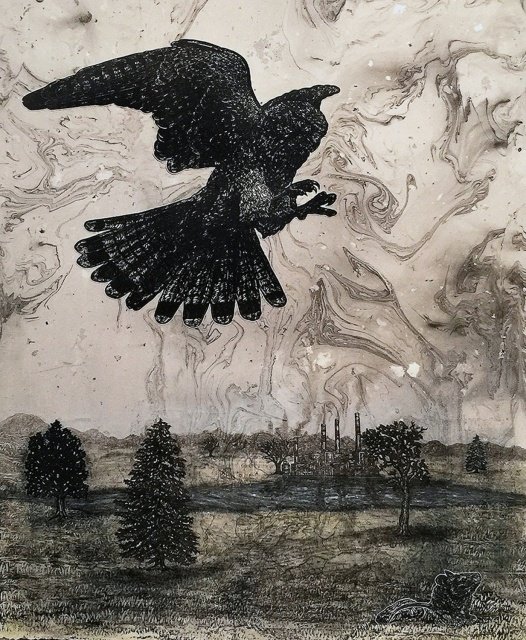 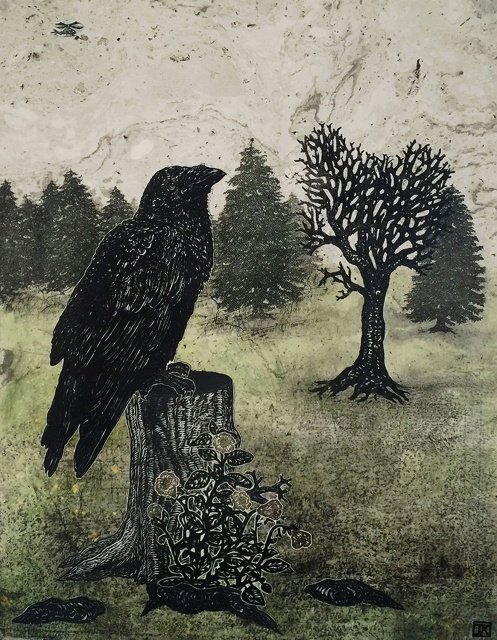