The prints shown here represent a selection of four series. Although they have different themes, in all of these prints I am trying to express a movement towards wholeness.
The ‘road map’ series was printed from the inked wooden boards of a disassembled suitcase and a road sign battered by rocks and bullets. Our old maps are becoming obsolete as we traverse a world of shifting boarders and uprootedness. In these prints, walls begin to crumble and barriers become obsolete, as one village becomes every village, and the holes shot through our world are sewn up so that separation can become wholeness.
The ‘Gateway’ series, also printed from suitcase boards, honors Japanese Torii gates. These gates traditionally stand at the entrance to Shinto shrines and mark the transition from the profane to the sacred.
The ‘Asylum Seeker’ series is concerned with the plight of refugees, most notably women and children. The prints explore people in exodus, and allude to the hopes and realities faced by displaced people.
Finally, the ‘Guide’ Series derives its inspiration from found objects which become the base plates for the prints. By paying attention to the ‘accidental’ imagery of old plywood and scrap metal, combined with applied carborundum grit, I try to to attune myself to a wider awareness, one that doesn’t just rely on conventional interpretations of our world, but allows for wisdom to be gleaned from other guides or sources. 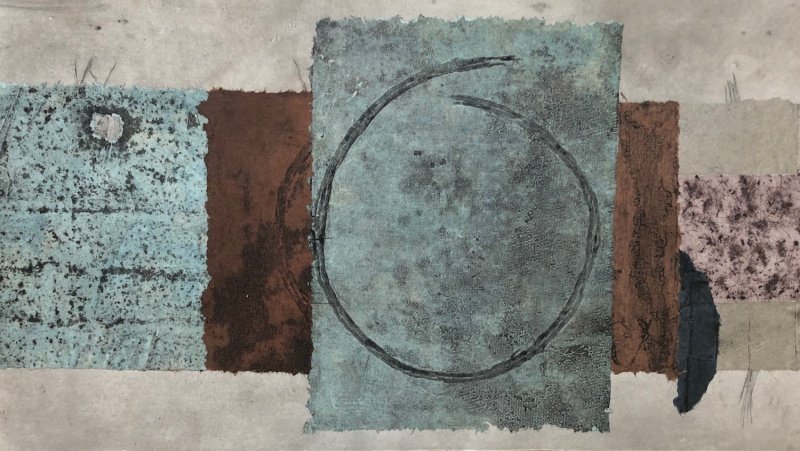 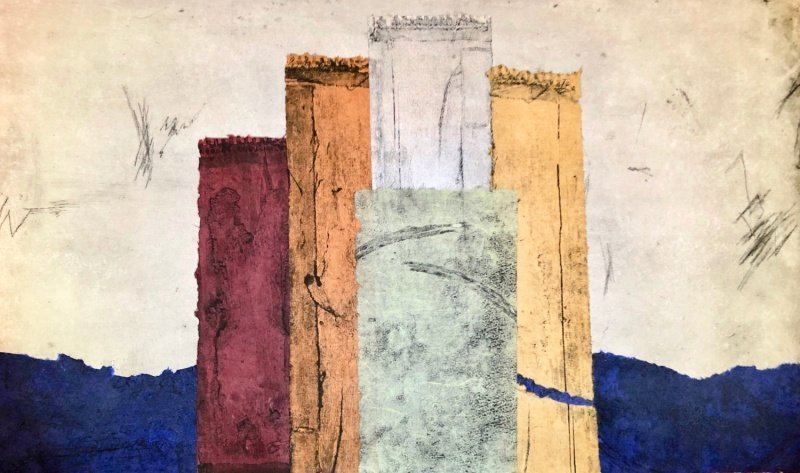 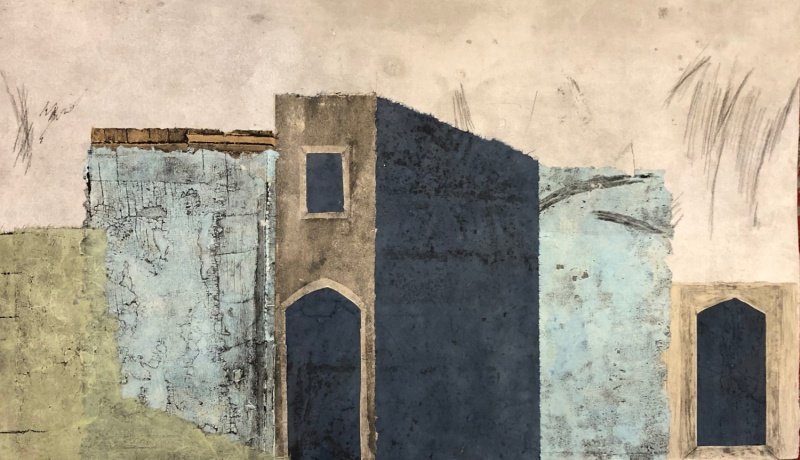 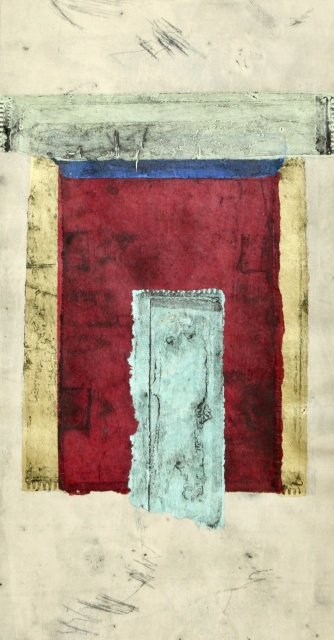 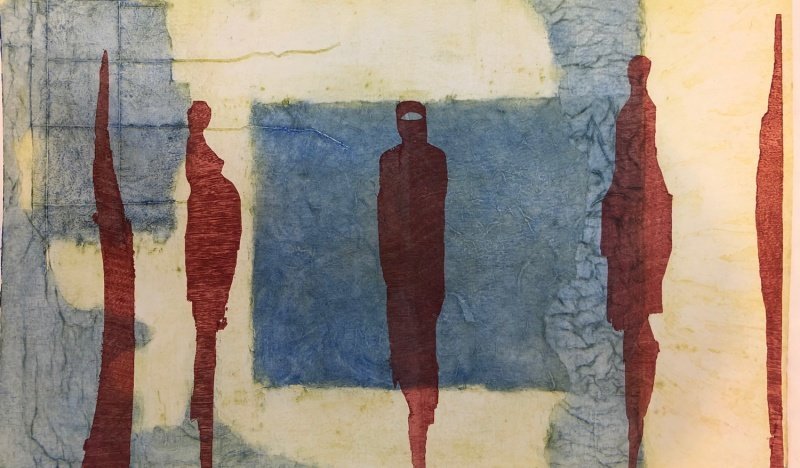 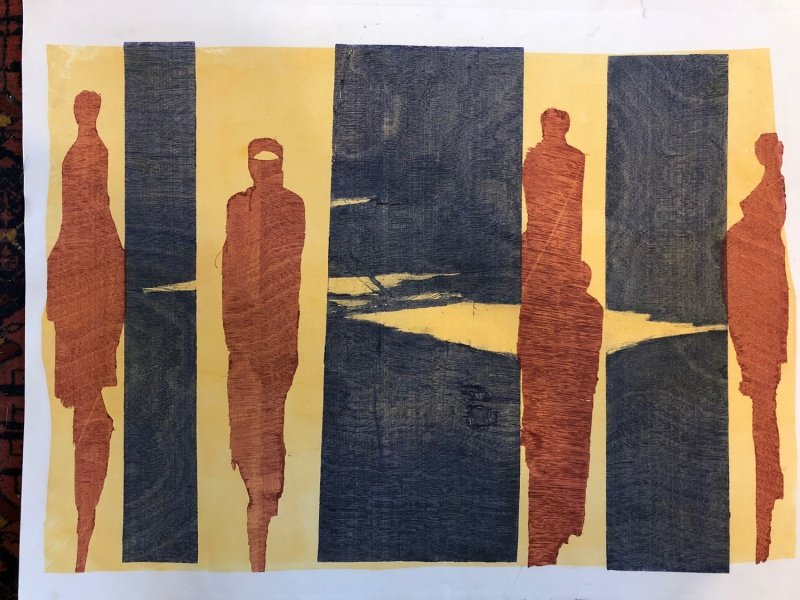 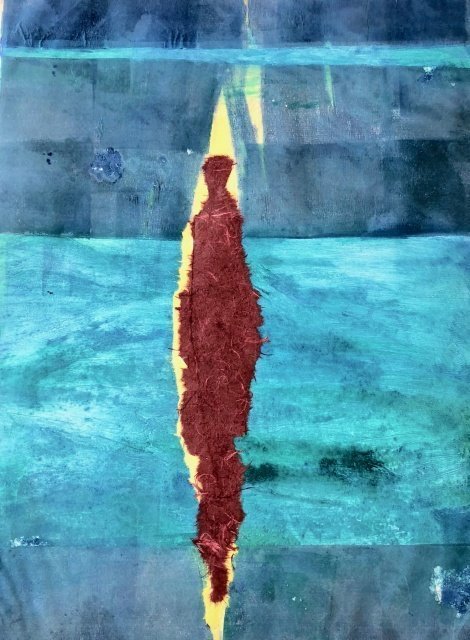 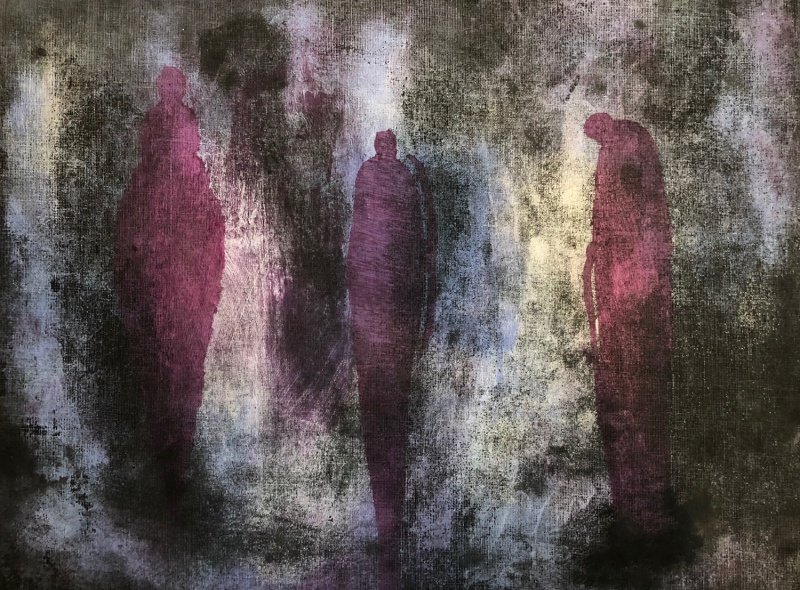 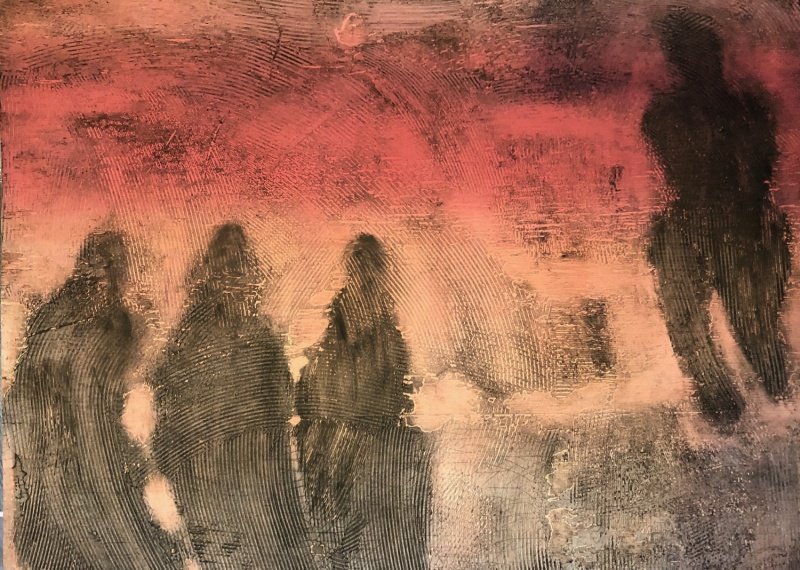 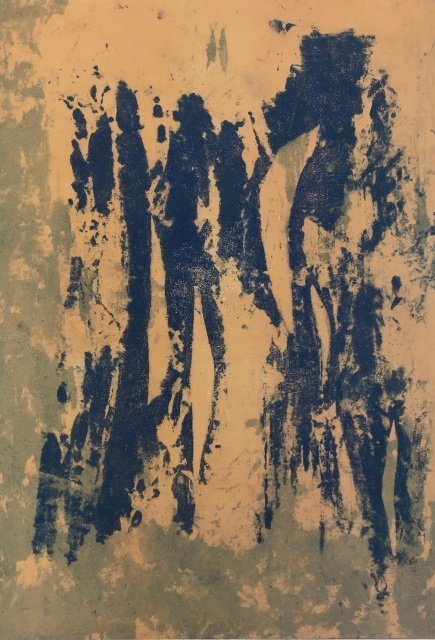