For this experiment our goal was to test out various exposure times for the plates to determine which one produces the best results. We followed the same procedure of preparation as Test 2. We applied four coats of emulsion and drying between layers with a hair dryer, in attempt to match the color of the emulsion to the previous plates that printed well. However, we think we may have applied too much. The exposure time for both of the plates was different because both plates have different images which means that there could be different exposure times that work best for drawn images versus photographic imagery. All previous plates were exposed for five minutes; these plates were exposed for four minutes (drawing) and four and a half minutes (photographic.) After exposing and washing the plates of excess emulsion, we blow-dried them for about fifteen minutes, shellacked them, and printed immediately. We inked the plates using Gamblin Bone Black, mixed with burnt plate oil. We printed the plates on the Praga press set to medium pressure with a pusher and a sizing catcher.

The exposure time on this plate was four minutes. While washing this plate under warm water to get rid of the excess emulsion, there was some difficulty in removing the emulsion. While rubbing fingers gently over the surface of the emulsion side of the plate, there was peeling of the screen off of the corners and edges of this plate. At the time of this experiment, we are unsure if this was due to the temperature of water, too much pressure while rubbing, under exposure, or too much emulsion. I lost a lot of detail on the sides of my image due to one, or a combination of these reasons. 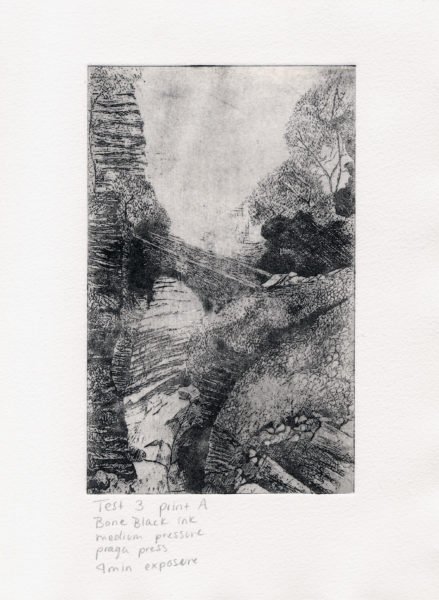 This Plate was definitely underexposed. The plate also did not print evenly, and when wiping it was very easily overwiped. It was practically impossible to wipe the plate clean without overwiping some areas. We think that this was due to too much emulsion.

The exposure time on this plate was four and a half minutes. This plate was also underexposed, but it was not as severe as Plate A. The plate also had the same problem of being quickly overwiped in some areas, but this also was not as severe as Plate A and is not nearly as noticeable in the actual print. When wiping away the excess emulsion after exposing it, it became noticeable that a lot of details were being rubbed off — specifically small areas of emulsion that should show as white in the print, that were very tiny in the middle of large black areas, and therefore particularly vulnerable to being wiped away. When comparing the plate to the actual image positive, we realized that this was probably happening in previous plates as well, but that the problem was much more noticeable and worse with the underexposed plate. 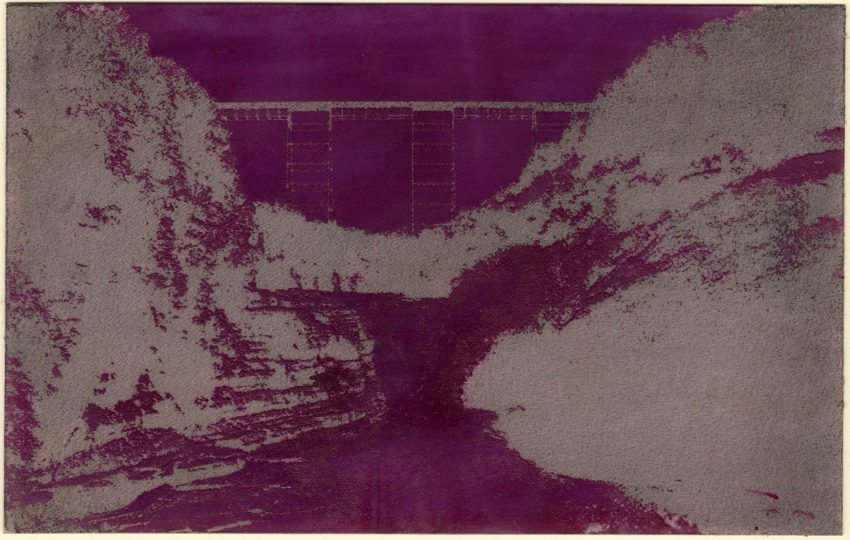 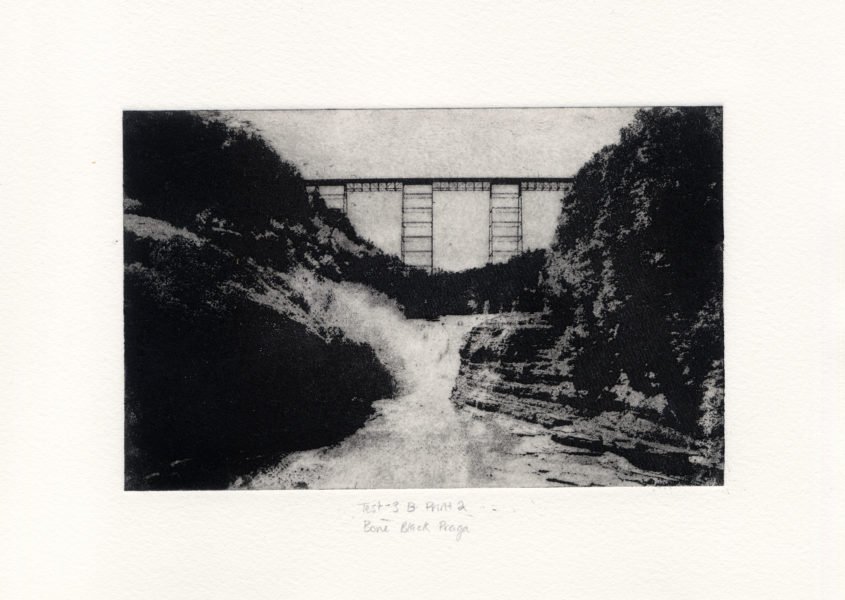