Is it possible to achieve a dynamic tonal range by varying the distance that the spray brush is held from the plate and aperture of the spray nozzle?

The intention of this experiment was to achieve a wide range of tonal textures by varying the distance of the aquatint spray nozzle from the plate as well as the openness of the spray nozzle. I began spraying with the nozzle open 1.5 turns from a distance of 24″ to produce an even and fine coverage towards the top of the plate. I then experimented moving closer to the plate with the same nozzle openness. I then opened the nozzle wider and sprayed in short spurts to achieve spotting. 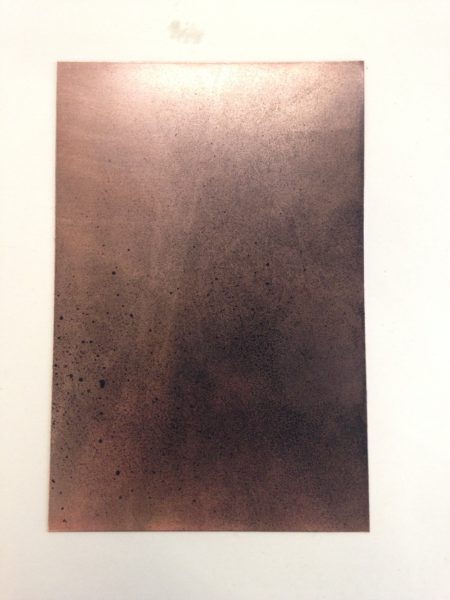 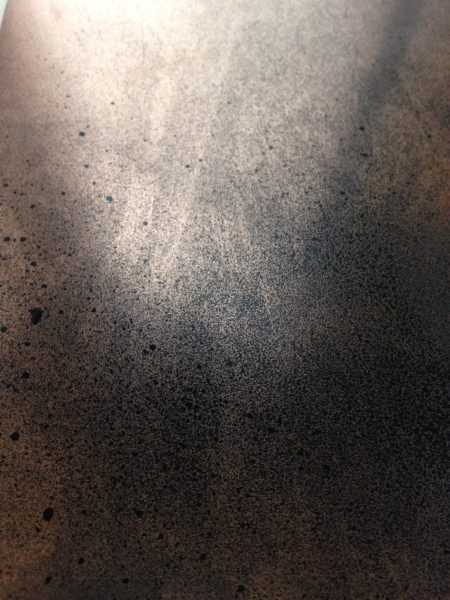 I etched the plate in 36 degree ferric chloride for 10 minutes, and placed the rinsed plate in the stripper for 15 minutes. 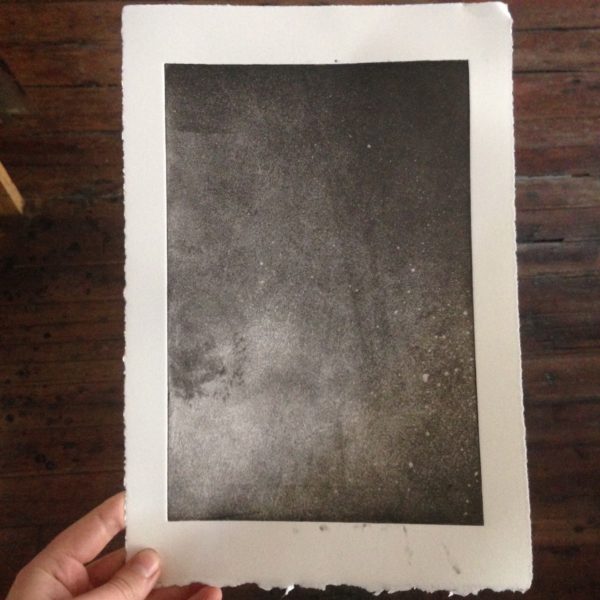 Conclusion: Through manipulating the factors of distance from plate and openness of spray nozzle, we were able to create a celestial range of tones and textures. The darkest areas occurred where a larger percentage of copper was exposed which resulted in more biting. the lighter areas and spots occurred where thicker application of aquatint spray acted as a stop out. It is possible to create a large range of lights, darks and textures, using the airbrush as the primary image making tool.