Abstract:
With this next experiment we changed our order of operations in plate preparation to see if the aquatint was causing the collection of ground around the edges of watery areas. We hypothesized that the acrylic from the aquatint was collecting and acting like a stop out. We sprayed the aquatint after painting on the ground to see if there was a difference in the reticulation, tones, and workability of the ground.

Aquatint after adding the soap ground and heat set in a hot box for 20 minutes; applied spray aquatint through an airbrush

*Shaved soap was grated on a typical kitchen grater, smallest size grater available, and then crumbled by hand to a consistency of short-grain rice. The crumbled soap at this point is four weeks old.

Application of the soap ground:

The ground attached to the plate very smoothly and without the aquatint no graying occurred. Because of this order of application, the plate was infinitely workable unlike the pre-aquatinted plates. Going over or removing some ground on a plate with aquatint resulted in some areas that resembled an open bite. 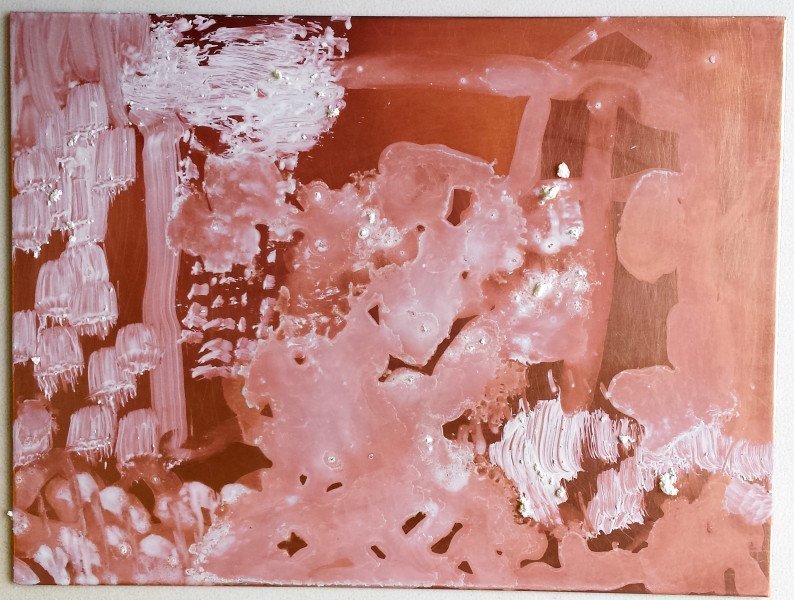 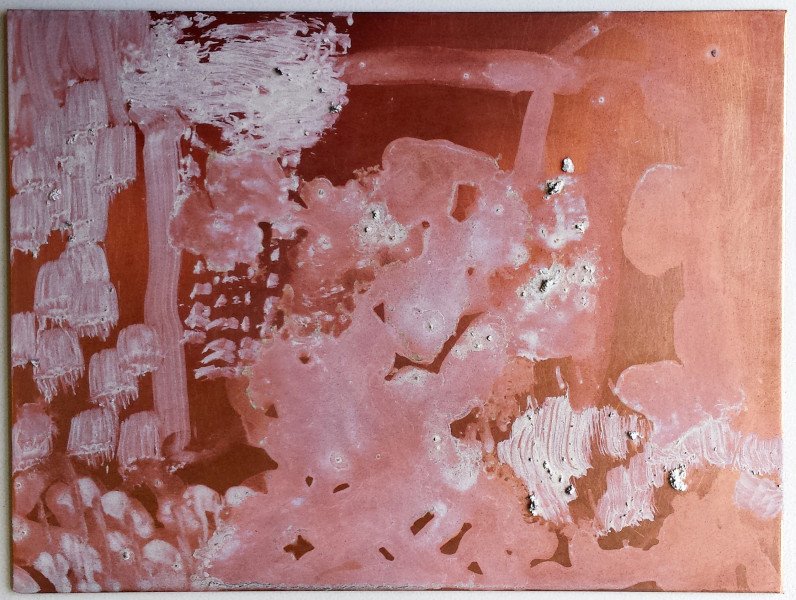 After bath evaluation
The ground looked fragile after removing it from the bath, with significant differences in thickness compared to before.

Removal of grounds (chemicals used and evaluation of effectiveness)
Removed residual soap grounds with 7th Generation degreaser and wiping with rags: The ground was easily removed and required no scrubbing at all. Upon contact with the degreaser, the ground disintegrated and practically fell off the plate without any effort.
Placed in stripper bath for 15 minutes to remove the aquatint
Placed in deoxidizer bath 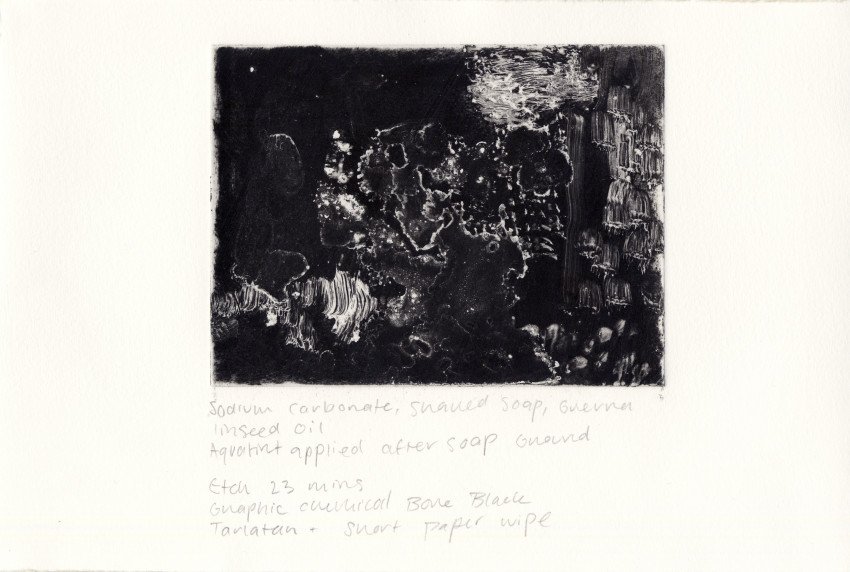 Conclusions: While the ground adhered to the plate easier, applying the aquatint after the ground (specifically baking the aquatint in the hotbox) produced an image with almost no tonal range and very dark values. The aquatint also appeared to be less glued to the plate around the edges. While we still need to search for a ground that more closely resembles the visual effect of traditional white ground, we could also test whether a post-aquatinted plate that has not been heat set would produce the results we are looking for.