Abstract:
We took the most successful ground from our last experiment (the sodium carbonate, shaved soap, Guerra pigment, and linseed oil formula) and attempted to replicate our results. We used both a freshly made ground and a two-week-old batch to see if there would be differences in their reaction to the ferric chloride, removal from the plates, and all of the same visual qualities we look for in a soap ground. We also looked into the composition of the Guerra pigment and which properties make it a successful replacement for loose titanium pigment.

Sprayed acrylic aquatint through an airbrush onto the plate, then heat-set the aquatint in a hot box for 20 minutes before adding soap ground, plate sat for over 1 week

*Shaved soap was grated on a typical kitchen grater, smallest size grater available, and then crumbled by hand to a consistency of short-grain rice. The crumbled soap at this point is three weeks old.

Application of the shaved soap ground:

Both grounds mixed well and took to the plates easily when applied with brushes of various types. The older ground was certainly drier, but we reconstituted the ground easily with water.

When we were mixing the fresh ground, we changed the order in which we mixed the components and added the Guerra pigment last. The ingredients did not bind well without it, which led us to believe that the Guerra pigment acts as more than a visual aid for applying the ground. The most likely answer lies in the propylene glycol that acts as a binder in the Guerra pigment; it may act as an emulsifier in the soap ground as well. 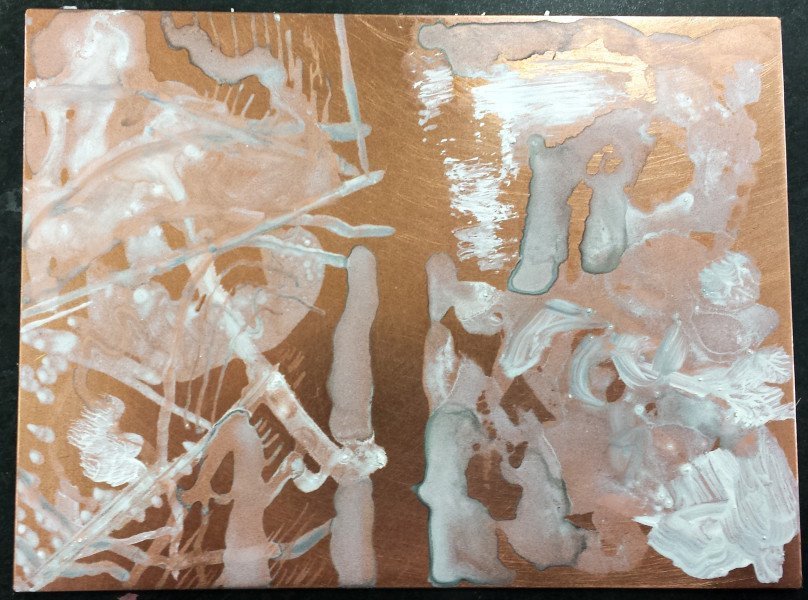 Etched in horizontal bath with agitation every 2 minutes or so

The two-week-old ground looked like a lot of it had lifted off in the etching process while the new batch looked like it remained mostly intact on the plate. 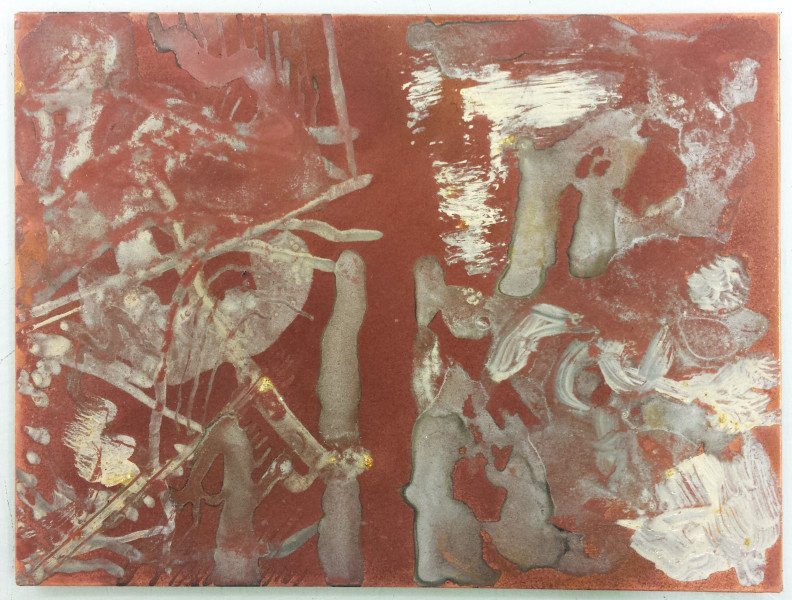 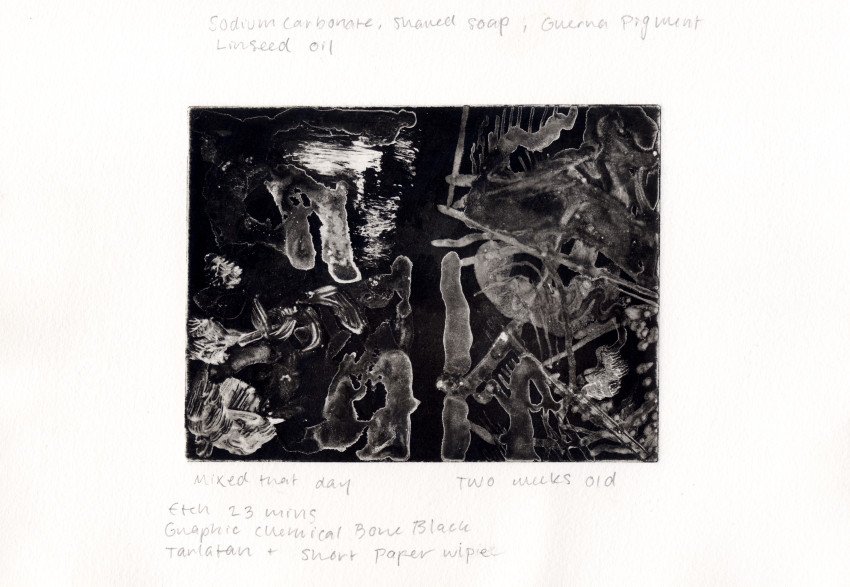 Conclusions: The freshly made ground was able to achieve a good balance of tonal range, texture, and ease of application, while the older ground did not retain as much detail in the etching process and was not able to achieve the same bright whites. Because more of the ground fell off in the bath, the older ground had a more compressed value scale. This formula seems to work but definitely has a shelf life. Our next step may be to see exactly what that shelf life is and to continue pursuing soap ground recipes that use powdered soaps and detergents similar to Ivory Snowflake Soap.