Aquatinted before adding soap ground. We sprayed the acrylic aquatint through an airbrush and then heat set the spray for 20 minutes. 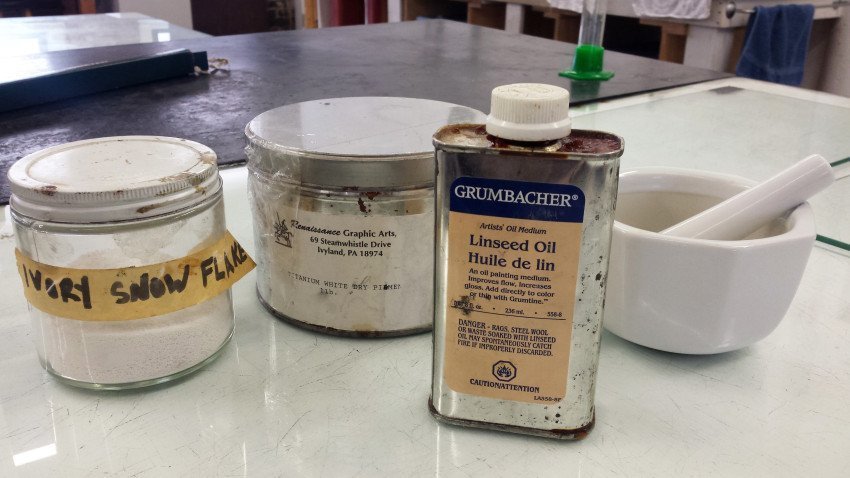 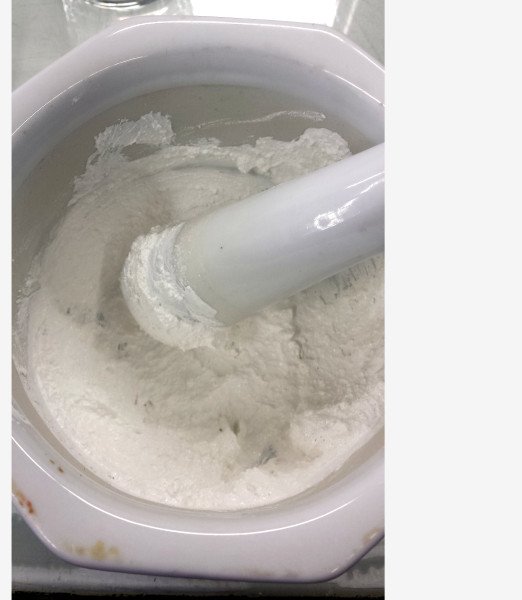 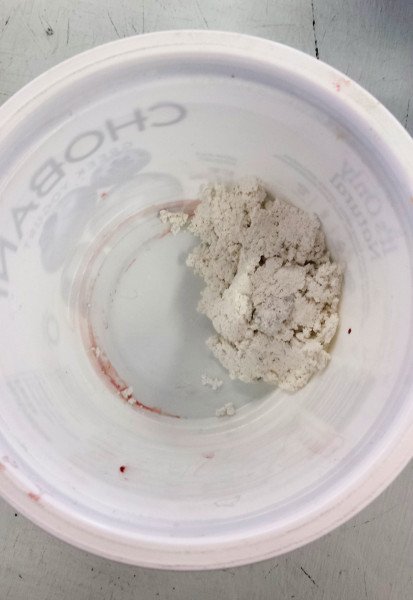 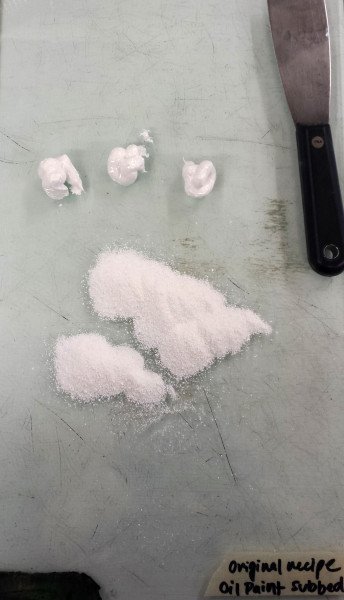 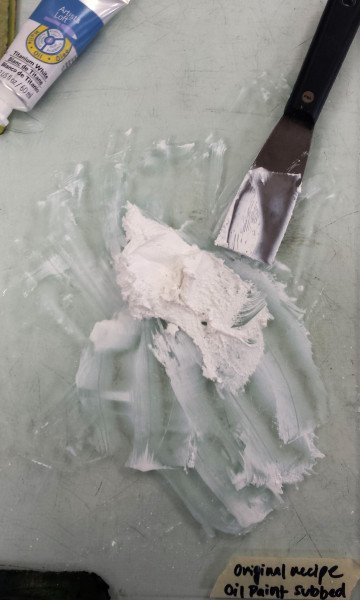 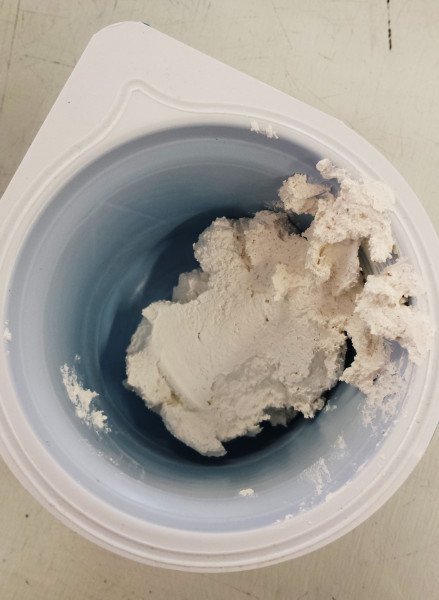 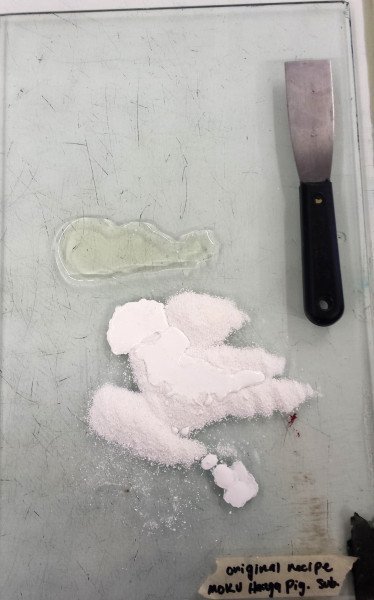 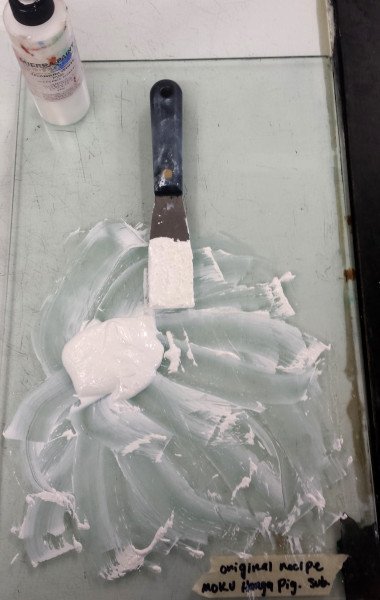 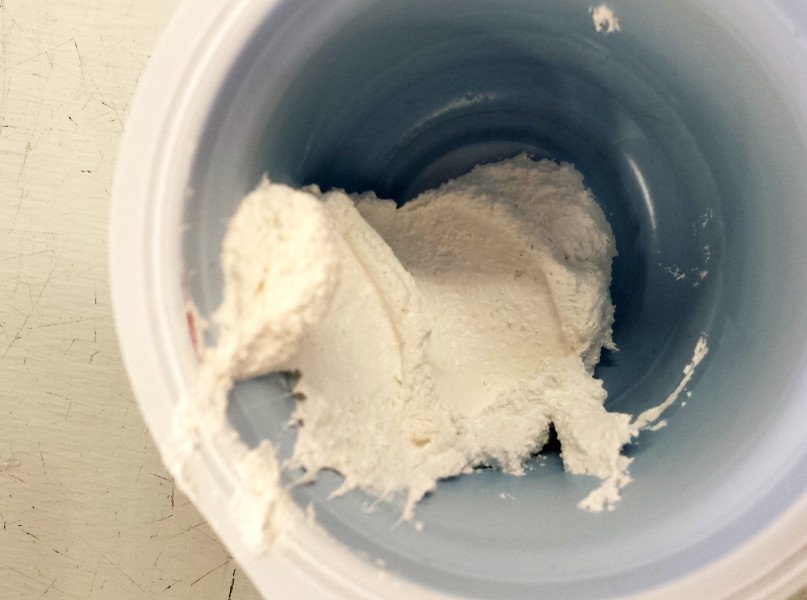 Applied all 3 grounds immediately, thinning the pigments with water to ease application. We applied the grounds by thinning them with water and painting them on with brushes.

From left to right: Original Recipe Ground and Oil Paint Ground before etching. 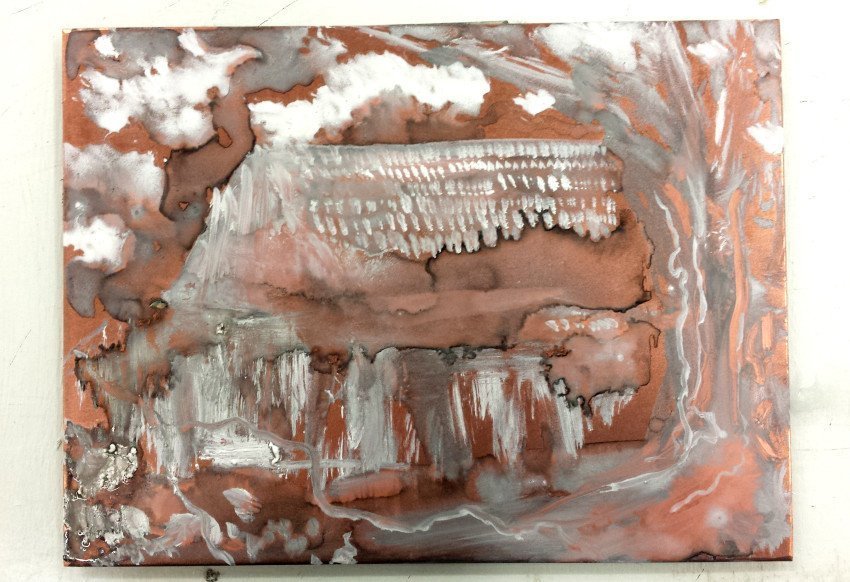 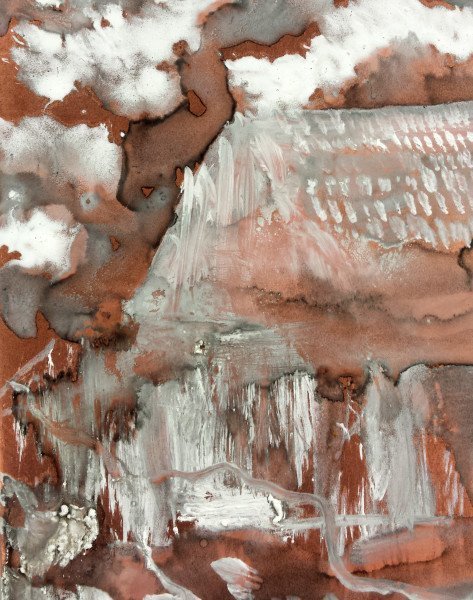 Detail of Guerra Ground before etching.

Note: When all three grounds are applied with water, the black pigment in the spray acrylic aquatint separated, but left acrylic granules on plate intact.

Removal of grounds (chemicals used and evaluation of effectiveness)

Placed in stripper bath for 15 minutes to remove the aquatint 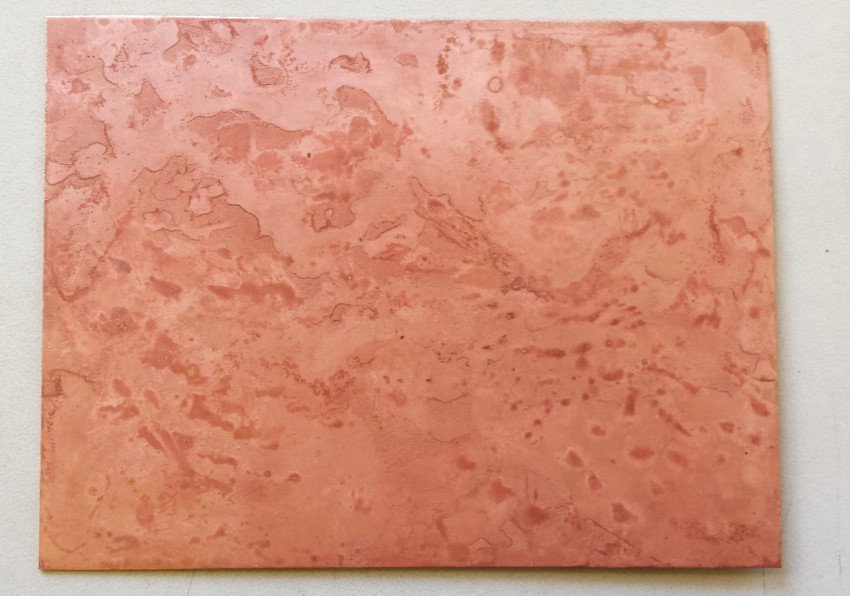 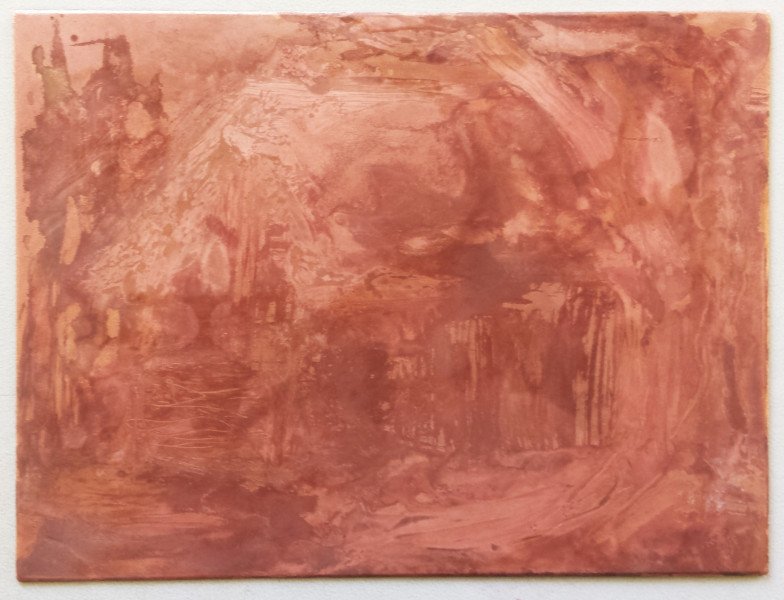 Inked in Graphic Chemical Bone Black with no modifiers, wiping with a tarlatan and finishing with a short paper wipe