In this experiment, we aim to develop a method of transferring a toner-printed image onto a copper plate. The process was first tested by Andrew Baldwin, and involves wetting a toner image with gum arabic, rolling on a coating of B.I.G, and wiping off excess ground with a damp sponge. The wet ground should stick to the printer toner, and remain in all but the white areas of the paper. This treated image is then run through the press facing the copper plate in order to transfer the information. The plate is baked, allowed to sit and cure, and etched in ferric chloride. The B.I.G. should act as an aquatint to achieve tone, and the white areas will open-bite. We hope that with some refinement, this technique will render a printed image that is as true as possible to the tone and detail of the original material.

Test Summary
In this experiment we endeavored to achieve the same success with tone, contrast and detail as we did in Experiment number three, but using our original photocopied image. We wanted to determine if the wide tonal range and small details were achievable by replicating our techniques and documented amounts of BIG and Gum, or if the success of Experiment number three was due to the high contrast of the photocopy used.

Plate Preparation
We degreased the plate alternating between Bon Ami and soy sauce. We then prepared a glass surface with 1Tbsp of Gum Arabic. Simultaneously, we prepared a slab of 1tsp red BIG with a pea-sized amount of tack reducer. We rolled the BIG onto the photocopy and placed the copy face down onto the prepared copper plate. We ran the two through the Charles Brand Press with two sizing catchers and two pieces of newsprint with 0.19 pressure. The transfer was poor. We attempted the above process twice, and both times achieved a splotchy, uneven application of BIG to the plate. After these two attempts, we tried the transfer a third time on the Takach press, with two sizing catchers, one piece of newsprint, and 5.5 pressure. The transfer was better, but still poor in comparison to past successful experiments. We decided not to go through with etching the plate. 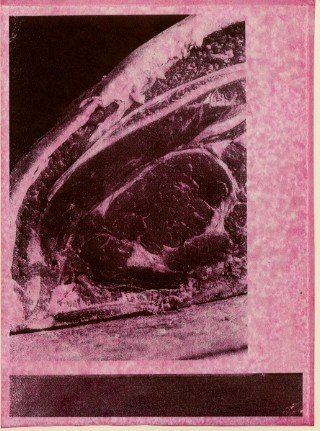 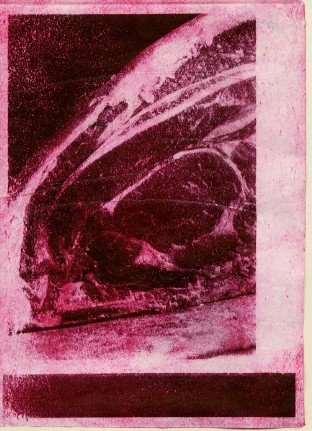 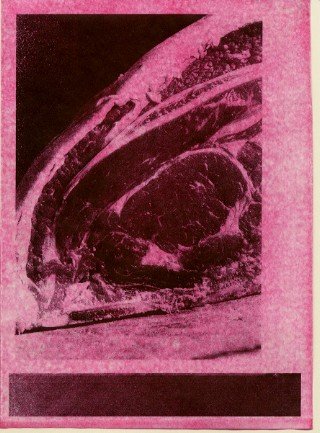 Test Conclusion
We concluded that the transfers were unsatisfactory because we were transferring from photocopies that had been printed days in advance. The toner was most-likely too dry to resist the BIG.