Test Summary
We used the discoveries of our previous spitbite tests in a more artistic and creative manner. Instead of adhering to autonomous marks this experiment was more about creative freedom.

Plate Preparation
Each plate was degreased with soy sauce that was rubbed onto the copper plate using a piece of rolled felt, rinsed and then dried with a clean rag and blow dryer. A basic airbrush sprayed aquatint was applied to each test plate (see Basic Ground Applications). In each case the airbrush was opened only a small amount to allow for the finest spray possible, and each plate was sprayed from a distance of 16-18 inches away. The variation in tone in the background of Sarah’s plate is the result of loosely washing on the acid mixed with water in several steps. Z-Acryl Stop Out Solution was used along the bottom to create a clear edge between the “ground” and “sky”. The horizon line was emphasized with dry point. The stop out was also used inside the figure and the umbrella, and dry point was added to these areas as well.

Etching Notes
A container of 42° Baume Ferric which has been recycled from various uses and into which gum arabic has already been mixed was used to etch the plate.

Timed Application of Mordant
The etching time ranged from 3-minutes to over 30 minutes. Z-Acryl Stop Out solution was used in parts of the plate, as was drypoint after the etching was complete.

Inking Methods
The ink used was a mixture of 50% Graphic Chemical Bone Black and 50% Charbonnel RSR, plus ½ teaspoon of #3 plate oil (to about 2 tablespoons ink). The ink was carded onto the plate with mat board scraps, wiped with used tarlatan, and then palm wiped. 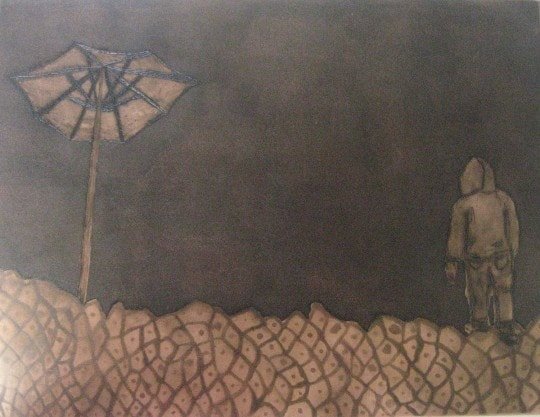 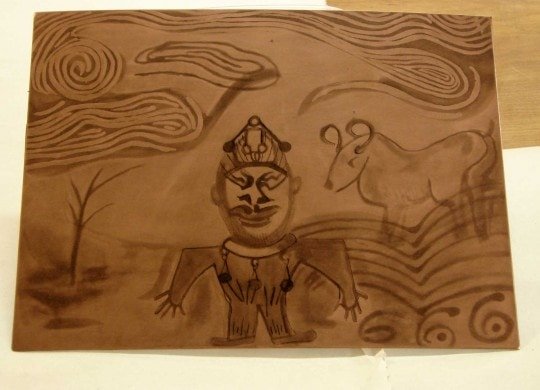 Test Conclusion
The prints are a success. 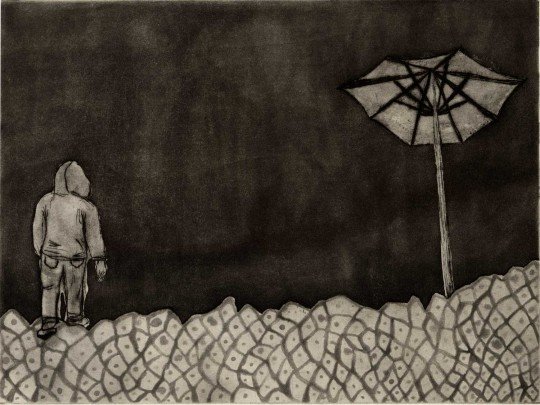 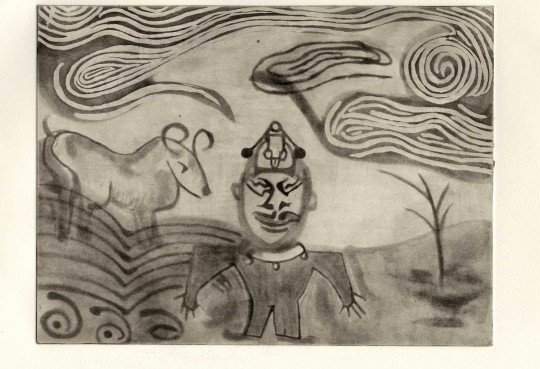