Test Summary
I have prepared three copper plates for this test. Each plate will have a different density of Z-Acryl Hard Ground Emulsion airbrushed onto the surface to create an aquatint. The correct aquatint density will allow the Ferric Chloride to penetrate the aquatint enough to create a painterly mark but not too much so that the Ferric open-bites the copper plate’s surface.

Plate Preparation
Each plate was degreased with soy sauce that was rubbed onto the copper plate using a piece of rolled felt, rinsed and then dried with a clean rag and blow dryer. A basic airbrush sprayed aquatint was applied to each test plate (see Basic Ground Applications). Plate One was sprayed 11 rounds; Plate Two was sprayed 16 rounds; and Plate Three, 23 rounds. In each case the airbrush was opened only a small amount to allow for the finest spray possible, and each plate was sprayed from a distance of 16-18 inches away. Below are images of each plate as it appeared after the aquatint was sprayed and hardened in the dryer box for 20 minutes. 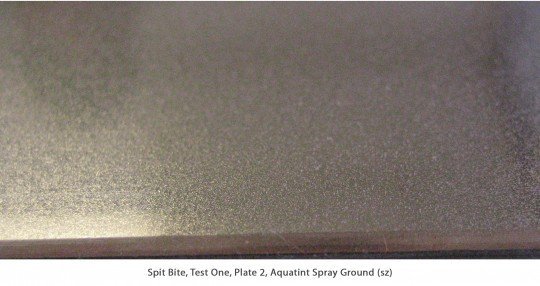 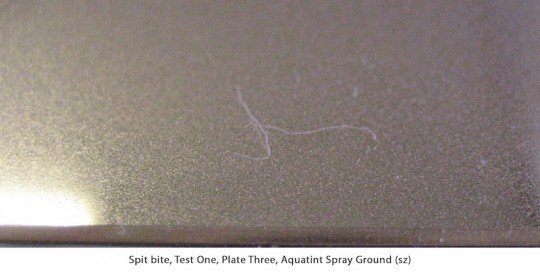 Etching Notes
Each plate was etched using ferric chloride taken from the regularly used vertical tank, which read at 39° Baume. A small amount of gum arabic was added to the acid to prevent beading up on the plate when it was brushed on. Below is an image of Plate One during the etching process. 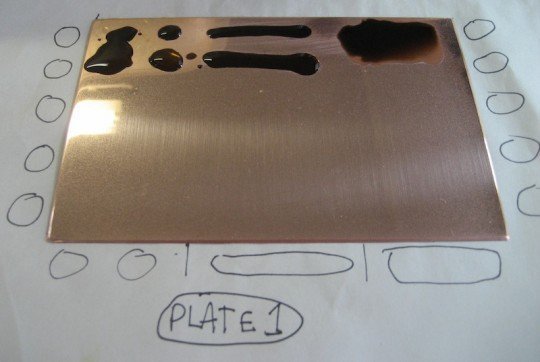 Timed Application of Mordant
Below is a diagram that explains the different spitbite applications. 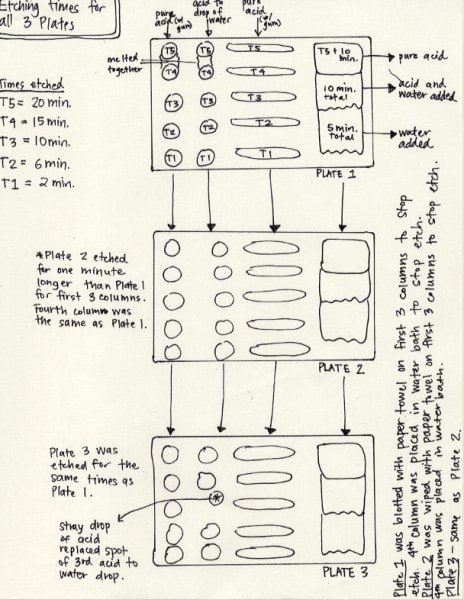 Plate 1 drawing of 100x magnification of aquatint after etch

Plate 2 drawing of 100x magnification of aquatint after etch

Plate 3 drawing of 100x magnification of aquatint after etch

Inking Methods
The ink used was a mixture of 50% Graphic Chemical Bone Black and 50% Charbonnel RSR, plus ½ teaspoon of #3 plate oil (to about 2 tablespoons ink). They were carded on with mat board scraps, wiped with used tarlatan, and then palm wiped. 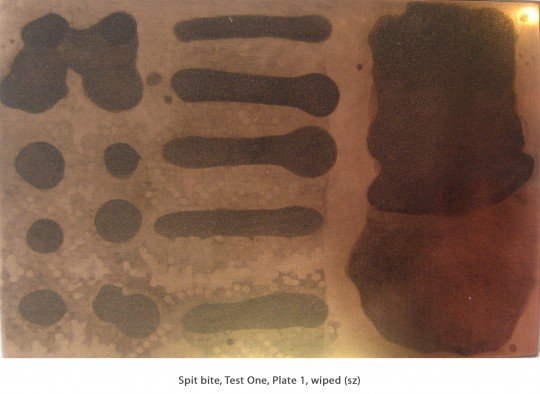 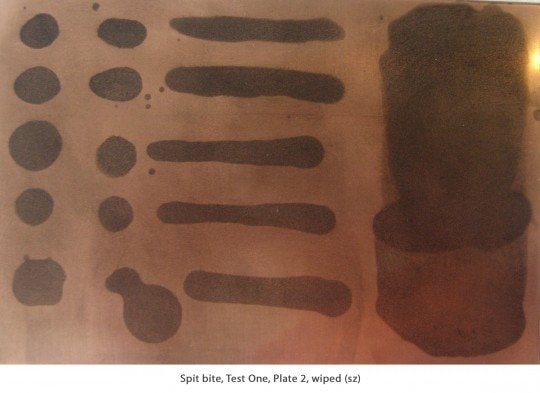 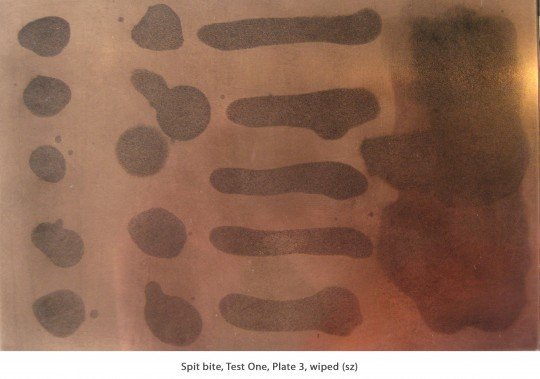 Test Conclusion
The major difference between all the plates in this test and those that had failed in the past was the aquatint density. Though there was a range in this test, even the plate with the least density was sprayed much longer than those in the past that had failed. I might speculate that the third plate (the one with the highest density of aquatint) resulted in the smoothest print, though the differences are so subtle that this would need to be tested in further experiments. As a result, I feel comfortable in concluding that there is a minimum spray density that is needed in order to create a successful spit bite. Too little spray can possibly result in losing ground and open biting. The 100x-magnifier (rather than a common loop) is a useful tool in deciphering the in density of the aquatint. 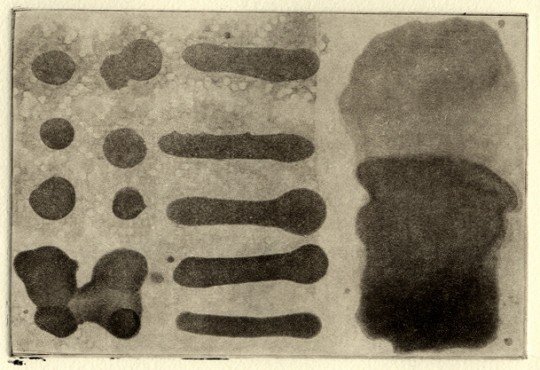 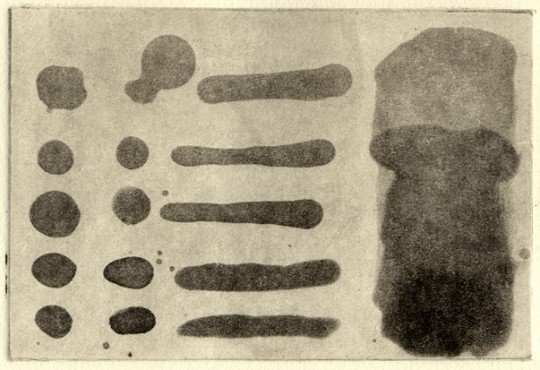 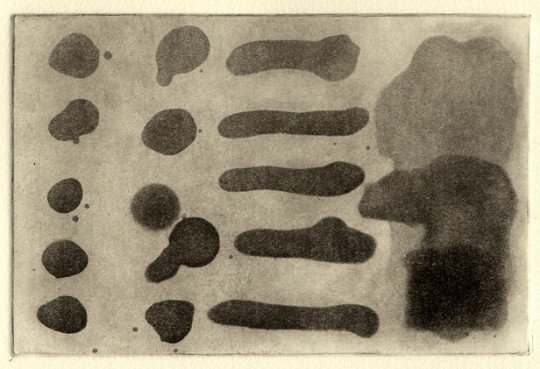