It is my preference to back the plate with the contact paper after I have rolled the ground onto the hot plate plate. The grounded plate can’t be placed on the table grounded side down. I cut a backing then placed the plate onto the sticky side on the table. Then, I carefully trimmed the edges with an xacto knife. After it was trimmed, I picked up the plate with one edge still on the table and lightly smoothed out the backing edges to prevent acid from getting in. I preferred this way because I found it tricky to put a plate on the hot plate with plastic backing on it.

I created three states during this test and proofed in between each state. Each state is stage bitten and recoated with a new soft ground after proofing. I was etching in the 12.5º baume horizontal bath and rinsing in a water bath by submerging the plate in the water. I stopped out different areas based on how deep or dark i wanted the textures. I broke up the areas loosely based on wether it was sky, trees, ocean, or rocks.

During the second state, I had to re-stop out with the acrylic stop out because the marks opened up after the 35 minute etch. It took 2 coats with drying in between to make sure it was protected. This made it more difficult to remove in areas with close, thin lines. It took extra scrubbing with the tooth brush in the stripper bath. I first used the hot plate to remove the soft ground and then the stripper to continue to remove the stop out. After that, i deoxidized and degreased to pull a proof. 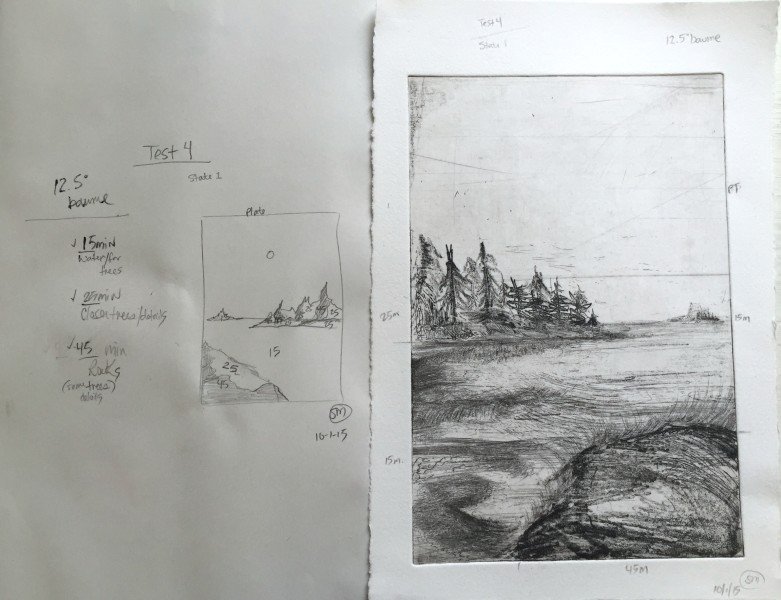 State 1 with guidelines to how I stopped out the plate, proof after plate was etched. 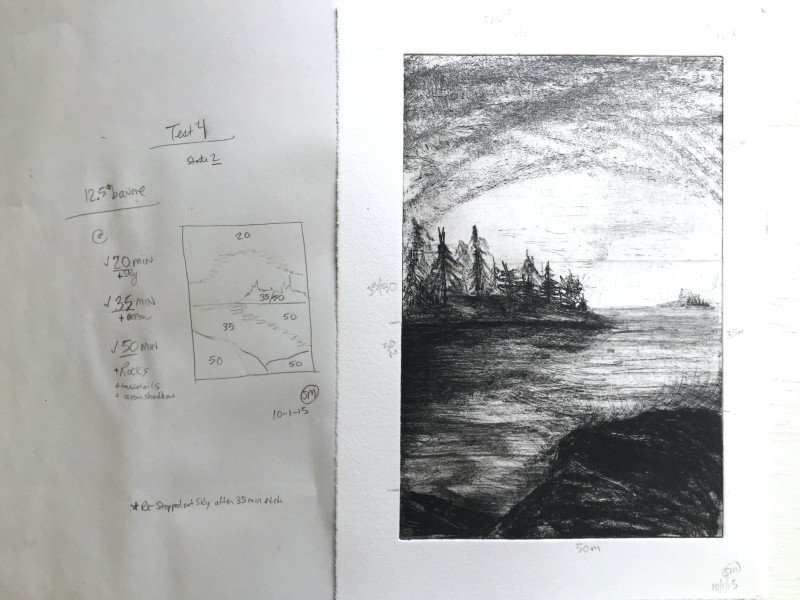 State 2 with guidelines to how i stopped out the plate and the proof after it was etched. 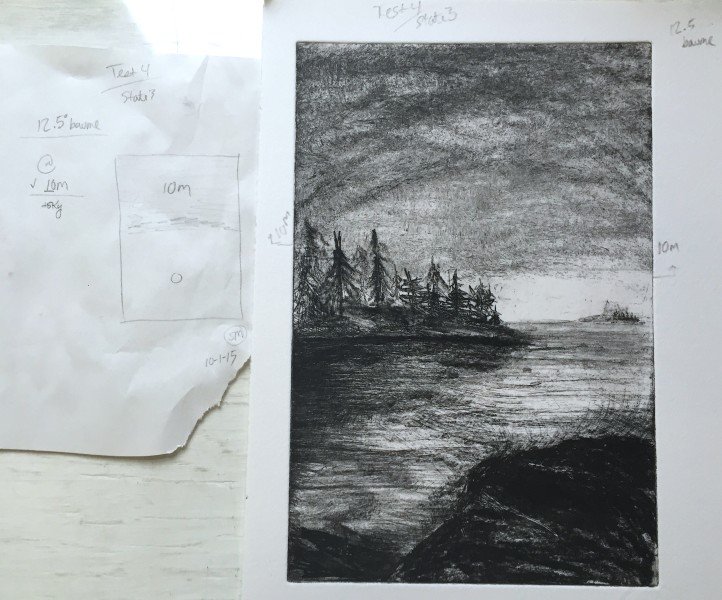 State 3 with guidelines to how i stopped out the plate and the proof after it was etched. 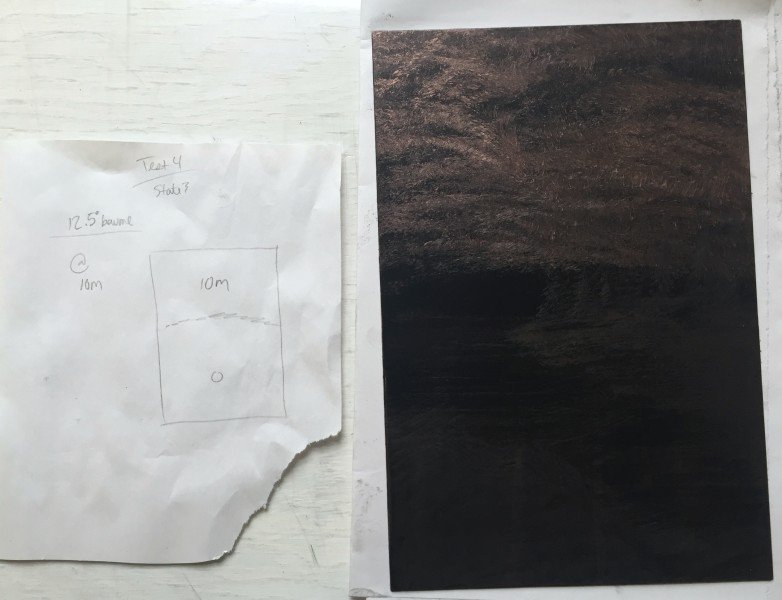 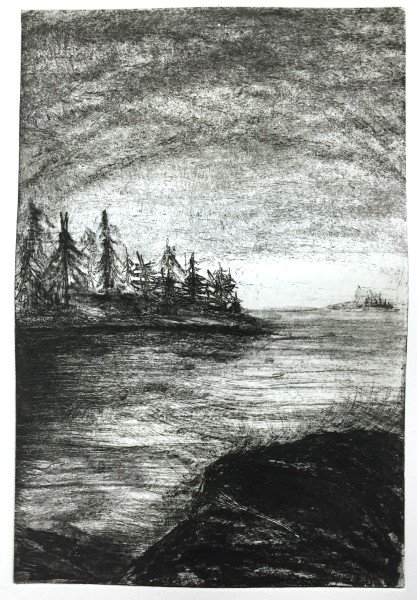 Conclusions:
Areas that were etched and re-etched did not open bite or lighten. They became velvet-like and very black (the 45 min + 50 min etchs). The different textures printed well and many were achieved during the same etch and state. The Hannemule Copperplate paper was ideal for getting the quality of blacks and textures I wanted from the plate. I was not happy with the print on BFK Rives. I felt like the quality and tone was lost even through the paper was soaked a similar time, the pressure was similar and the state was the same. 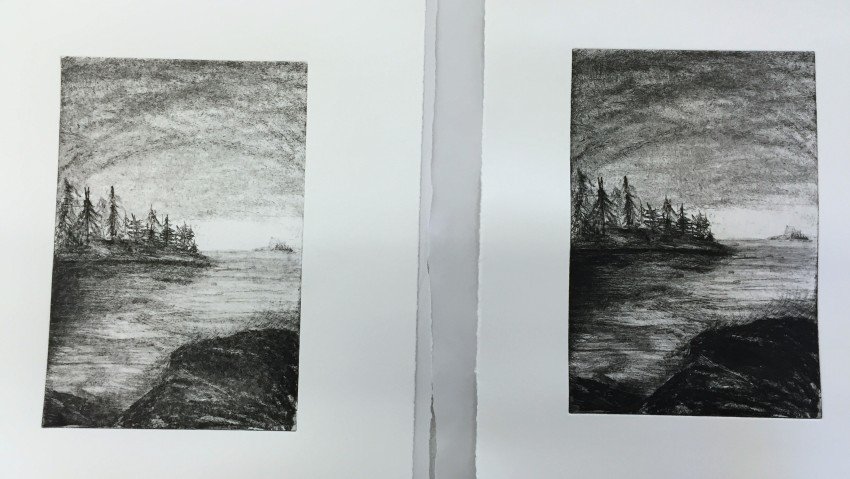