Following the success that Bri had with the black ground I decided to switch from the red BIG ground to the black BIG ground. I followed the process we had developed in heatsetting to see if I could create a successful softground image.

Plate Preparation
The plate was degreased with soy sauce that was rubbed onto the plate using a piece of rolled felt, rinsed and then dried with a clean rag and blow dryer. Several thin layers of black BIG were rolled across the surface of the copper plate, building gradually enough so the copper did not sparkle through the ground. Before drawing the plate was heatset at 150° for 5 minutes on a hotplate in an attempt to take away the ground’s wet sheen. I used newsprint as the transfer paper and a hard “H” pencil for drawing. I placed the paper carefully onto the surface of the copper plate so as not to disturb the ground. I immediately cleaned the roller and slab with diluted Simple Green and a rag after rolling up the copper plate The drawing time was broken into four 15-minute increments, with a 5 minute break in-between. I hardened the ground for 30 minutes on the hotplate until the ground was smooth to the touch without any tack before etching. I continued to use the 15 minute drawing process that we had developed in previous tests. 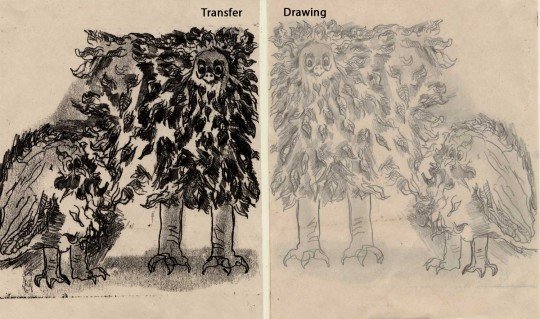 Etching Notes
The plate was etched in a vertical etching tank of Ferric Chloride at 38° Baume.

Removal of Grounds
The grounds were removed using the citrus cleaner “D-Solve” by Z-Acryl. The â€œD-Solveâ€ has a powerful citrus scent, but does an incredible job removing BIG. It is sprayed onto the plate and wiped clean with a rag. After removing the ground the plate was rinsed in water and deoxidized in the plate brightener bath made of distilled white vinegar and salt (1 gallon/1 cup). Immediately following the brightener bath the plate was dried with a clean rag and blow dryer.

After Bath Evaluation
The etched lines translated well however the newsprint is definitely not the best transfer paper. It does not have the proper surface to pick up tonal areas of the ground. 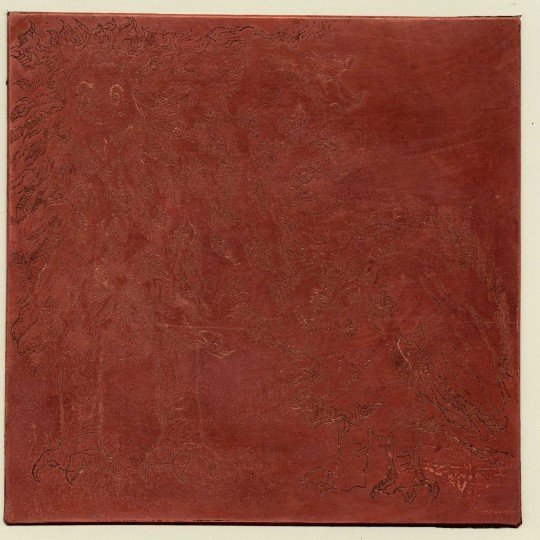 Test Conclusion
The black BIG is far superior to the red BIG ground. It has less tack. The print is promising but it is time to test different transfer papers. 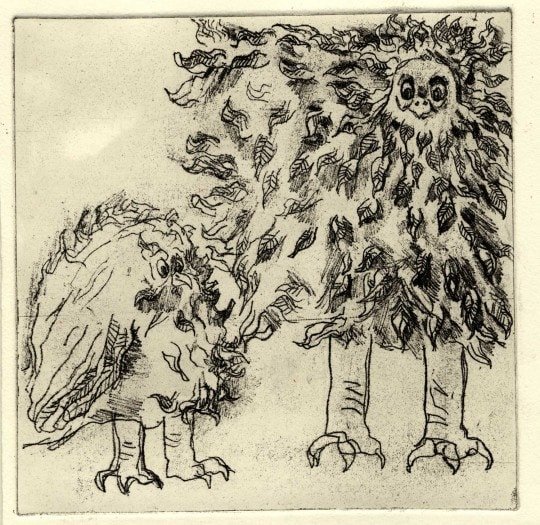