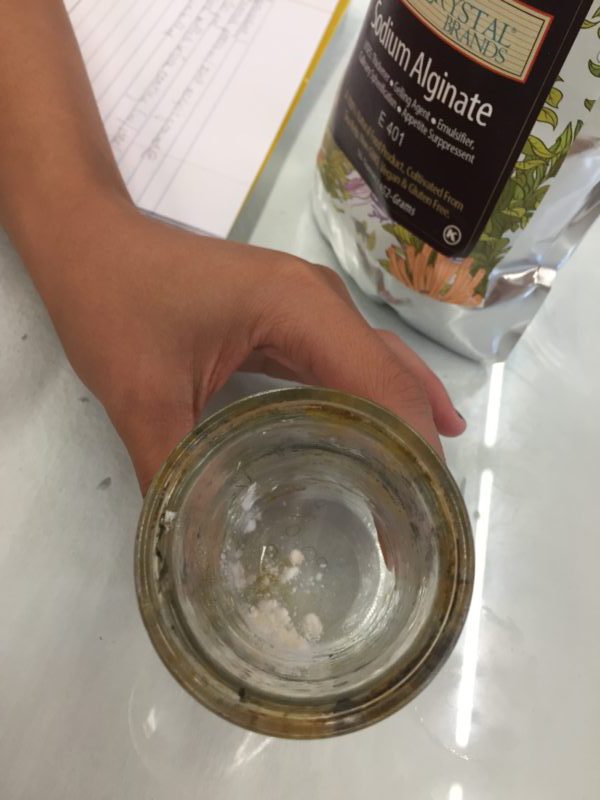 Mixing Sodium Alginate with water, just to see what happens.

The water and alginate mixture thickened really quickly and became gel-like. It was too thick to pour or spread. So, to start this experiment we knew we needed a very small amount of sodium alginate to achieve a thickening effect without making a solidified consistency. We mixed four different ratios of Future Floor Polish and Sodium Alginate. They are illustrated in the table below:

We kept the amount of Future Floor Polish as the constant variable and only changed the amount of Sodium Alginate, so we could compare the differences between ratios. Once the Sodium Alginate was measured and added to each cup, we mixed the floor polish and alginate together using a small wooden dowel.

Results of the different ratios of sodium alginate and future floor polish.

Cup Number 1: Mixture is fluid with a clear color, flows like liquid soap, with some clumps of sodium alginate remaining. Over time will the clumps dissolve? 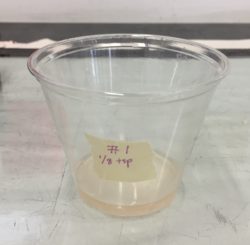 Cup Number 2: Thick like a paste and milky in color, does not run when the cup is turned upside down, but is not moldable, similar consistency to chine cole methyl cellulose. 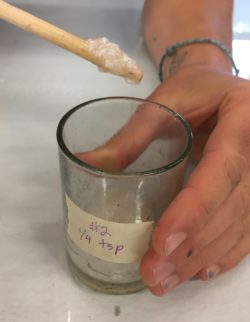 Cup Number 3: Frosting-like consistency and white in color. Holds shape when mixed around. Would this consistency make a good roll on ground? 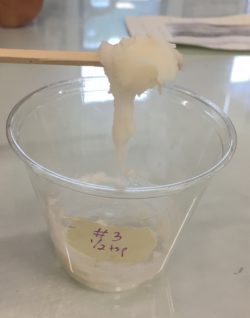 Cup Number 4: Playdough-like and white in color, holds a sphere shape when rolled in between fingers. 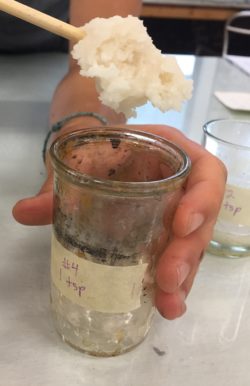 We covered the jars with plastic wrap and let them sit for one week. We want to observe how the mixture changes over time. Since sodium alginate is plant-based we are looking to see how long its shelf life is.

Overall, the mixtures became a little thicker than their original state when made one week earlier. 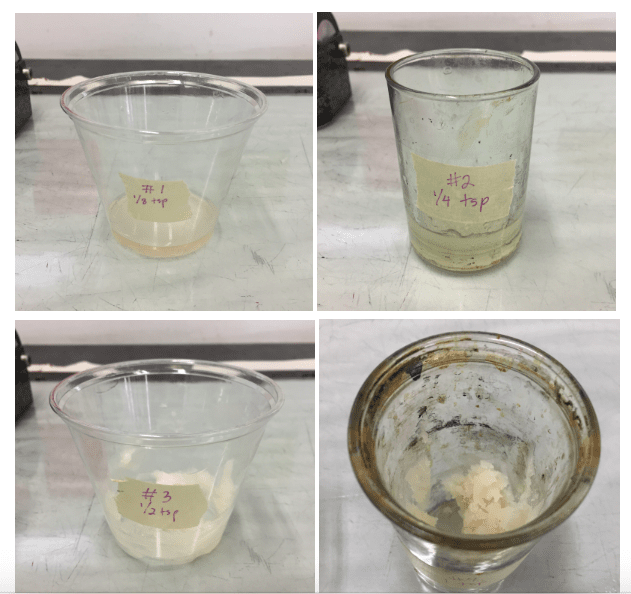 Cup #1: was clear and there was a gelatinous blob separated from a more fluid substance, which all rejoined when mixed together.

Cup #2, #3, and #4: were all the same with little to no change. All were slightly more gelatinous, rebounded when touched, instead of paste-like.

Conclusions After Observations: Cup #1 with a ratio of 1:24 sodium alginate to future floor polish seems like the best place to start a third experiment, where the sodium alginate is mixed with Zea Mays stop out to create a hard ground, because it is the right combination of fluid to thick.