Plate Preparation
The copper plates were polished with Putz Pomade, steel wool, and a scraper to remove large marks. The plates were degreased with soy sauce that was rubbed onto the copper plates using a piece of rolled felt, rinsed and then dried with a clean rag and blow dryer. The BIG ground was applied using a hand roller and hardened in the oven at 220 degrees for 10 minutes. We prepared four plates in all. On each plate we laid sandpaper face down and ran it through the etching press. After each pass we slightly turned the sandpaper in a clockwise motion to ensure an even impression. The following is the list of sandpaper grades and passes through the press:

We replaced the 400 grit and 600 grit sandpaper with a fresh sheet halfway through the process. We rinsed the plate under running water before proceeding to etch.

Etching Notes
The plate was rinsed well underwater after prepping the aquatint at the press. The plate was etched in a vertical etching tank of 38Â° Baume Ferric Chloride for a total of 30 minutes. Plates were etched in ferric for 10 minutes, stopped out with clear tape, then etched for 20 more minutes. After the first etch, some ground had begun to wear away at the edges of the plate, and the ground would come off if rubbed. After the second etch, more ground wore off. The plates all have visible copper, a rough texture, and a sparkly surface. 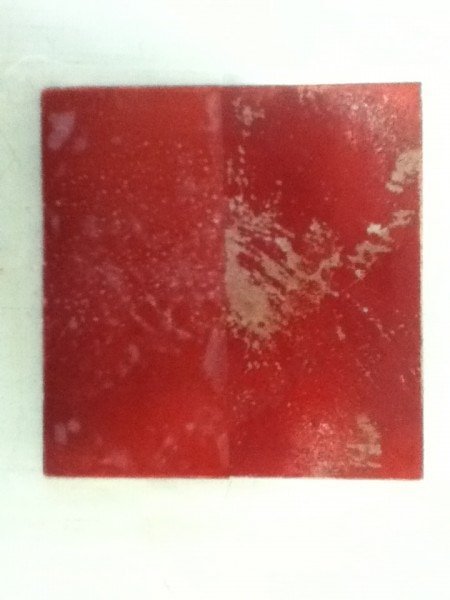 Etched plate with ground wearing off

Timed Application of Mordant
Each plate was etched for 10 minutes in the Ferric Chloride. After the first 10 minutes we took the plate out of the bath, rinsed it under running water, and stopped out half the plate with packing tape. Some of the ground had begun to wear away at the edges of the plate and would come off if rubbed with out fingertips. All the plates had a visible copper hue, a rough texture, and a sparkly surface. We then placed the plate back in the Ferric to etch for another 20 minutes.

After Bath Evaluation
The copper plates appear to have etched well. They have even texture and there was a definitive difference between the 10 and 30 etched areas. However there was some irregularities where the ground wore off in the tank.

Inking Methods
The plate was inked using Daniel Smith Creamy French Black thinned with a drop of #3 burnt plate oil. The ink was carded on with mat board scraps, wiped in gentle circular motions with used tarlatan, and then palm wiped. 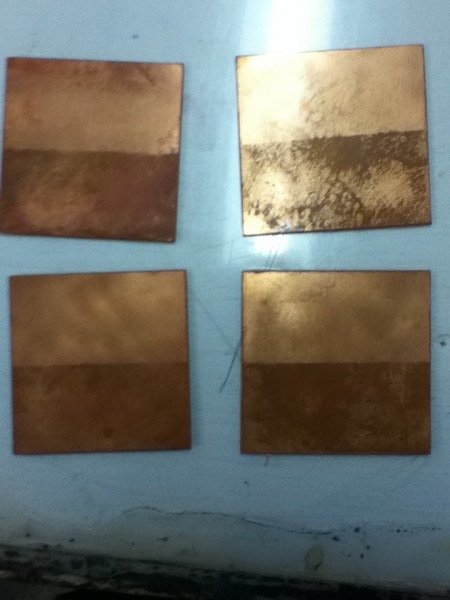 Test Conclusion
The tone on all the plates was relatively even with a big difference in tone between the 10-minute and 30-minute areas. The coarse sandpapers resulted in a visible grainy texture while the finer sandpaper creates a smoother tone. There are irregularities and unevenness in all of the proofs where the ground wore off during etching. 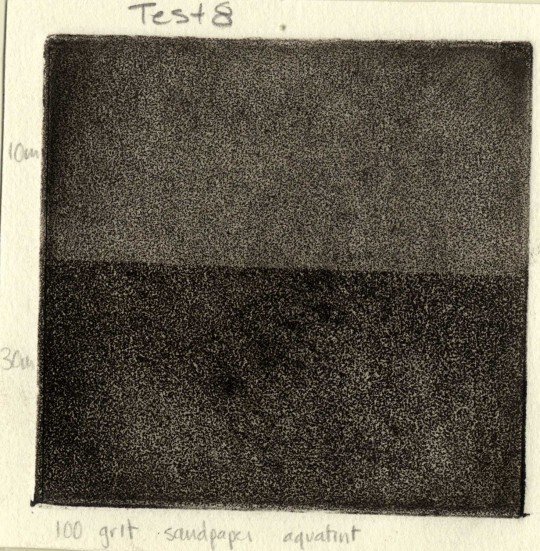 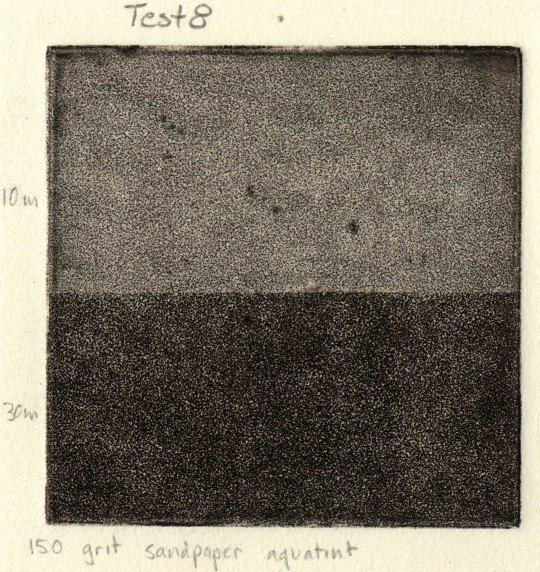 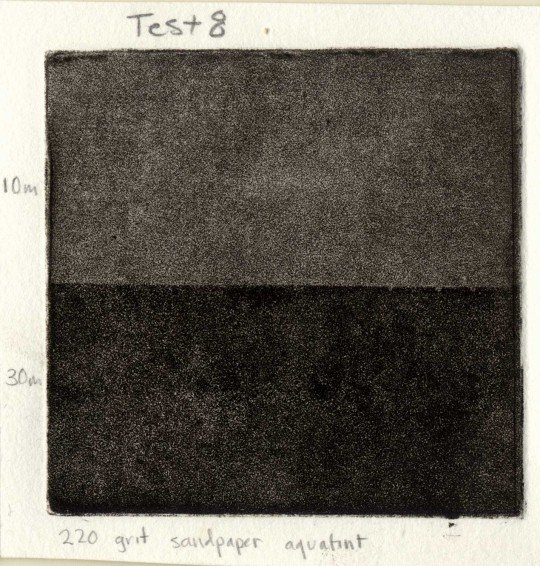 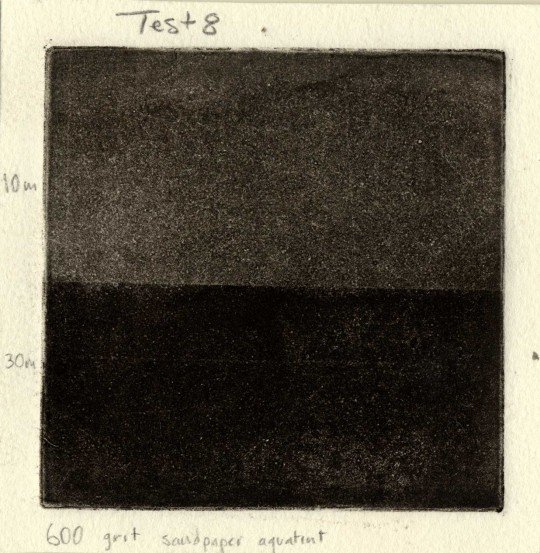