Test Summary
This test was done in response to missing the black tones of the previous test. The plate was prepared in same fashion with 320 grit sandpaper but instead of multiple etches the copper plate will remain in the Ferric Chloride for 30 minutes.

Plate Preparation
The copper plate was polished with Putz Pomade, steel wool, and a scraper to remove large marks. The plate was degreased with soy sauce that was rubbed onto the copper plate using a piece of rolled felt, rinsed and then dried with a clean rag and blow dryer. The BIG ground was applied using a hand roller and hardened in the oven at 220 degrees for 10 minutes. On the plate we laid 320 grit sandpaper face down and ran it through the etching press for a total of 6 times. After each pass we slightly turned the sandpaper in a clockwise motion to ensure an even impression. We rinsed the plate well under running water and the surface feels coarse to the touch. There is a visible grit dot pattern in the ground and a lot of exposed copper dots. Areas that we did not want to etch were stopped out with contact paper and litho crayon. 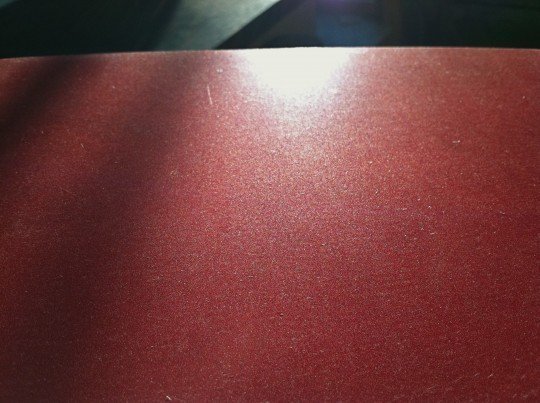 Removal of Grounds
The ground was removed with a clean rag, Soy Solve, and Simple Green. After we removed BIG the plates were rinsed in water and deoxidized in the plate brightener bath made of distilled white vinegar and salt (1 gallon/1 cup). It took a few applications and a toothbrush to scrub the ground completely off especially in areas where the plate was heavily etched

After Bath Evaluation
The BIG ground looked very fragile and completely broken down. Even barely touching the surface with our fingertips would remove ground. After removing the ground in the stripper, it appears that the Ferric Chloride was able to get through the ground and compromise the entire image. The copper plate was heavily etched with inconsistent markings. 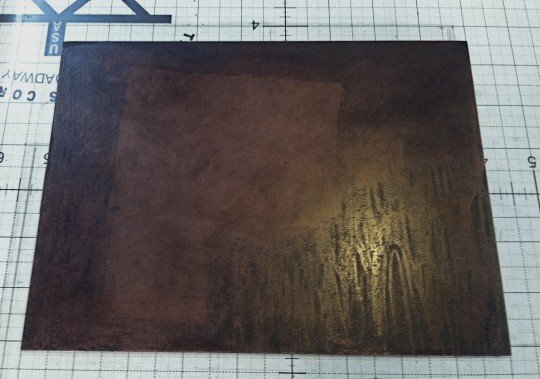 Test Conclusion
Although the ground significantly broke down in the Ferric Chloride bath, the plate does have some black tones. There was speckles in the lighter areas, but still a good tonal range. The areas that we stopped out ended up etching to a medium rather than light grey. We could only concluded that the course 320 grit sandpaper weakened the ground by exposing too much copper thereby allowing under biting to occur. 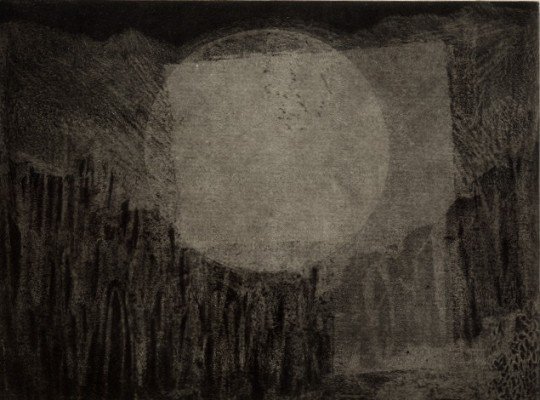