Test Summary
This test was similar to test 6 but instead of 400 grit sandpaper we used 320 grit to create the initial aquatint. We etched the plate 2 times and removed the ground. Then we re-applied BIG and did a second 320 grit sandpaper aquatint. Finally we etched the plate another 2 times using contact and litho crayon as stop outs during the image making process.

Plate Preparation
The copper plate was polished with Putz Pomade, steel wool, and a scraper to remove large marks. The plate was degreased with soy sauce that was rubbed onto the copper plate using a piece of rolled felt, rinsed and then dried with a clean rag and blow dryer. The BIG ground was applied using a hand roller and hardened in the oven at 220 degrees for 10 minutes. On the plate we laid 320 grit sandpaper face down and ran it through the etching press for a total of 6 times. After each pass we slightly turned the sandpaper in a clockwise motion to ensure an even impression. We rinsed the plate well under running water and the surface feels coarse to the touch. There is a visible grit dot pattern in the ground and a lot of exposed copper dots. The BIG was removed too much from the edges of the plate. We used contact paper and litho crayon as a stop out to compose the image. 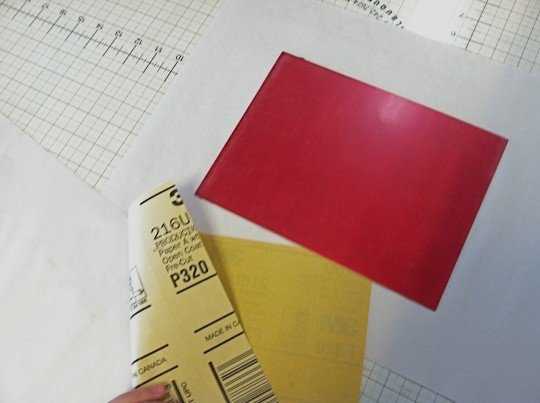 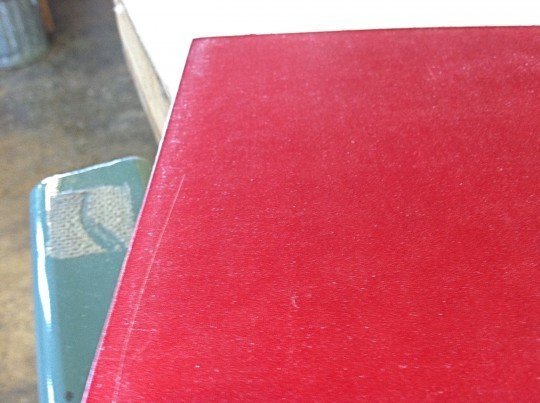 Etching Notes
The plate was rinsed well under-water after prepping the aquatint at the press. The plate was etched in a vertical etching tank of 38° Baume Ferric Chloride for a total of 25 minutes. 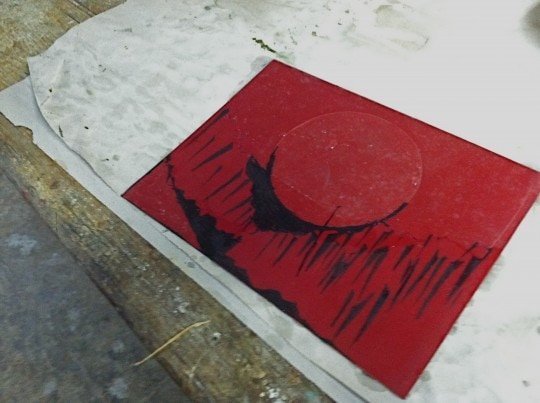 After Bath Evaluation
The BIG ground looked dark, speckled, and showed obvious signs of breaking down in the Ferric Chloride bath. The grounds degradation created some varied marks in open areas of the copper plate. After we looked through a magnifier the etch looked good. There were no noticeable areas of open bite and the etch looks consistent across the entire plate.

Inking Methods
The plate was inked using Daniel Smith Creamy French Black thinned with a drop of #00 burnt plate oil. A second proof was pulled using Graphic Chemical and Ink Co. Bone Black Etching Ink #514. The ink was carded on with mat board scraps, wiped in gentle circular motions with used tarlatan, and then palm wiped. 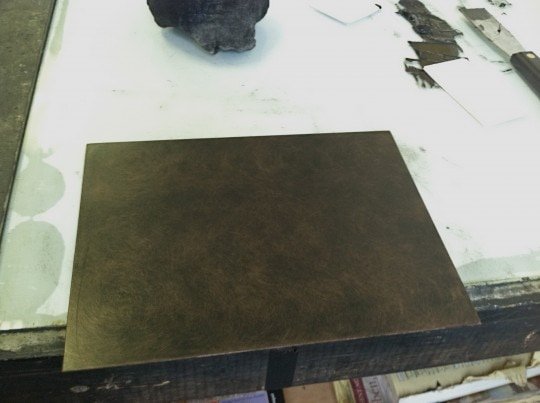 Test Conclusion
The second proof holds slightly more detailed in the aquatint than the first but both are lacking the dark tones expected from the final 8 minutes of etching. We speculate that BIG became so degraded in the final minutes it caused the plate to under bite essentially wearing away the previous etches on the copper plate. 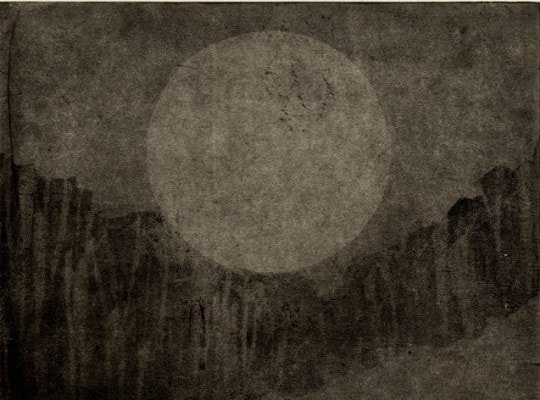