How will using photo positives with a higher DPI affect the print?

Experiment Goal: Our goal is to see how a change in DPI of the image from 75 to 1200 will affect the final print. We reprinted our images with a higher DPI. All of the previous plates were made using positives that were printed with a DPI of 75; for this experiement, we used a DPI of 1,200.

Evaluation of Plate Preparation: When viewed under a magnifying loop, it was clear that there was finer detail in the new positive than the previous ones, and that the higher DPI made a big difference. 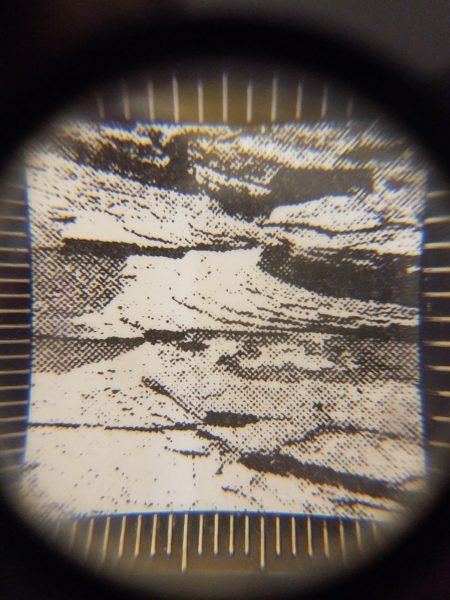 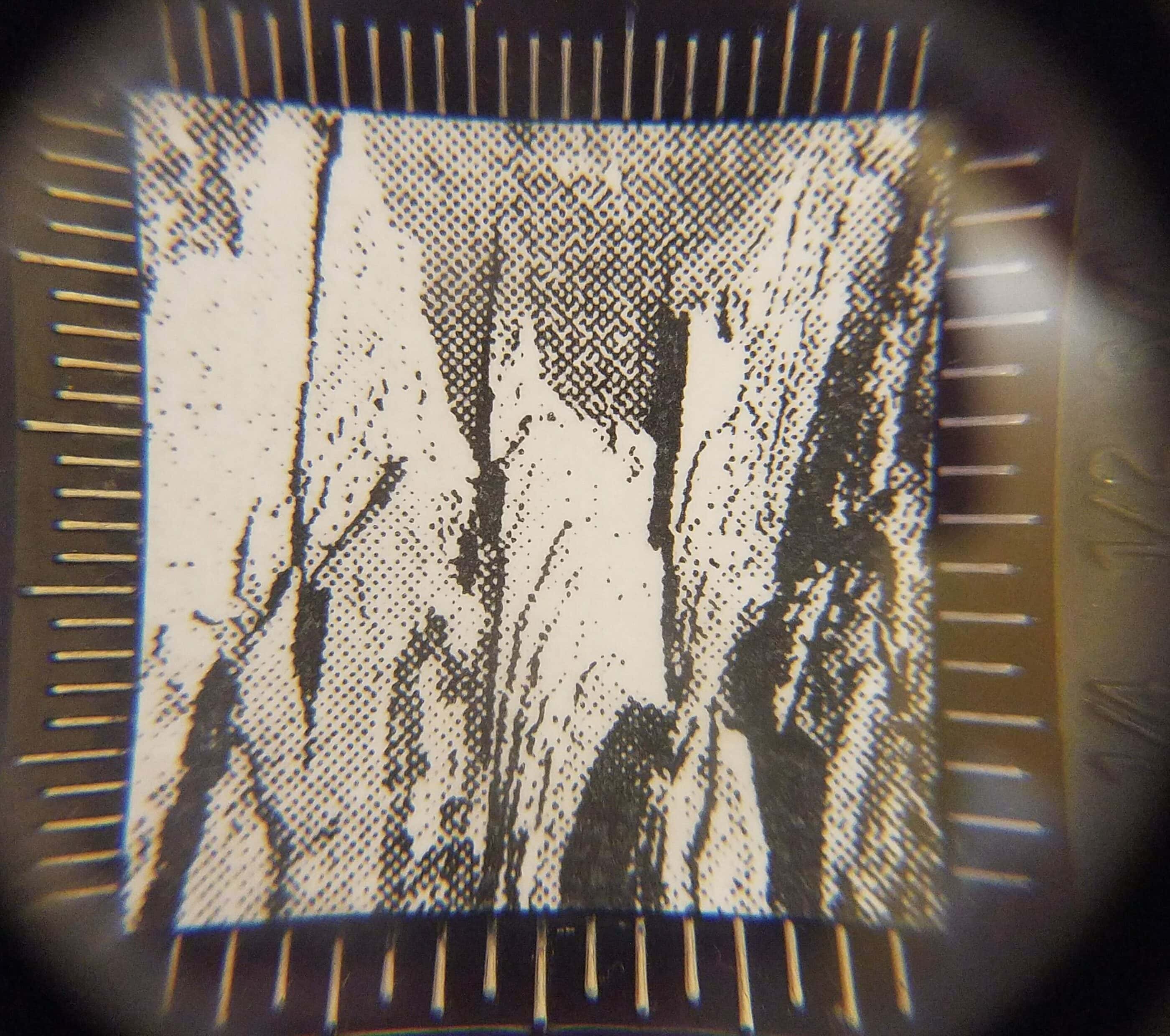 We printed these plates on a Praga press set to medium pressure with a sizing catcher and a pusher. We used Gamblin Bone Black ink mixed with 00bburnt plate oil and wiped with a tarlatan.

While coating the plates with emulsion, we noticed bubbles starting to pop up on both of the plates. This has happened to us only once in the past, when it was assumed that the bubbles popped up due to blow-drying too close to the plate. However, ever since then we have been very careful not to blow-dry too close or for too long, and it has not happened again until this experiment. We are not sure if this is due to using the silkscreen mesh versus the organza, or if perhaps air is getting trapped in our plates before coating with emulsion, during the process of adhering the mesh to the plate with the paint mixture. In the future, we plan to try running the plate through a press before coating with emulsion, in order to push out any air that is potentially trapped between the mesh and the matrix.

With that having been said, we continued to experience other problems during this experiment, mostly due to the bubbling. While washing out the emulsion, it came off very easily from the surface, and the mesh itself was not adhering properly to the plate. Another issue was that more bubbles continued to appear after coating the plates, and the existing ones worsened. 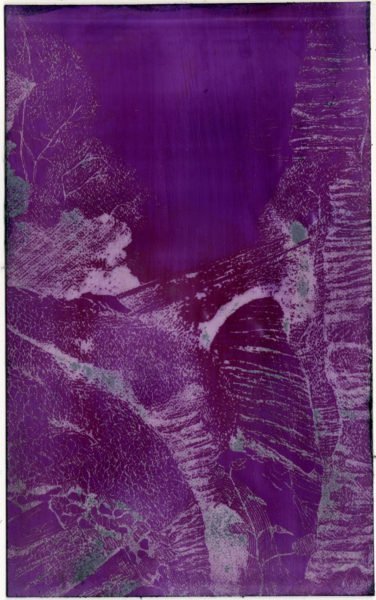 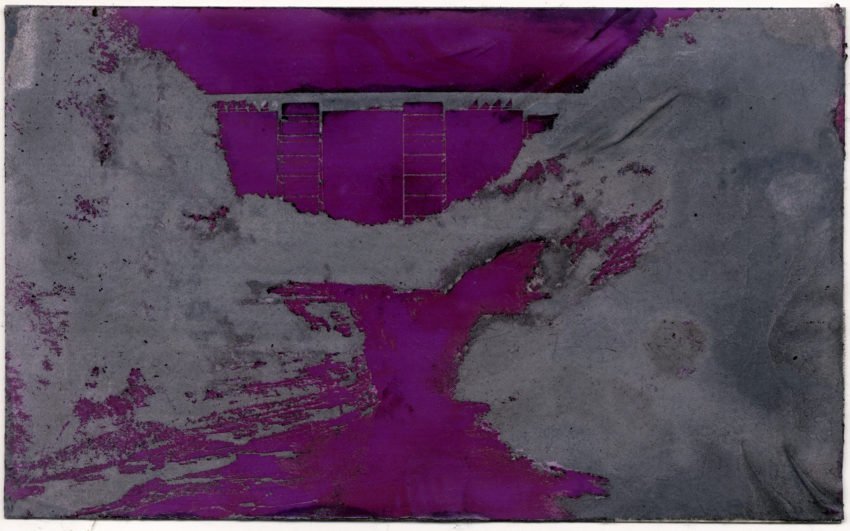 These plates not surprisingly did not print very well. Plate A lost most of the lines in the areas where the bubbles were, and still had the issue of being very easily overwiped. Plate B printed even worse, as it had much larger bubbles. They made it so that a large amount of detail was lost, resulting in large black areas. The mesh was coming off of the plate very easily during wiping, which made it difficult to wipe the plate well, and resulted in a messy print. Unfortunately, because of such bad bubbling issues, these tests do not tell us very much information about the change in DPI. We still suspect that it will make a large difference in our prints, but first we need to work on solving our issues with adhesion of the mesh to the plate, and gummy emulsion. 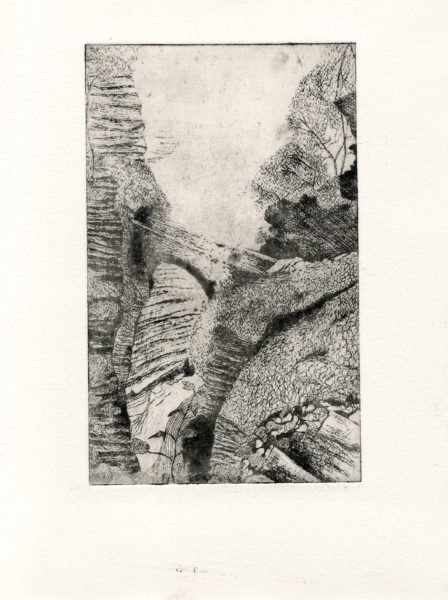 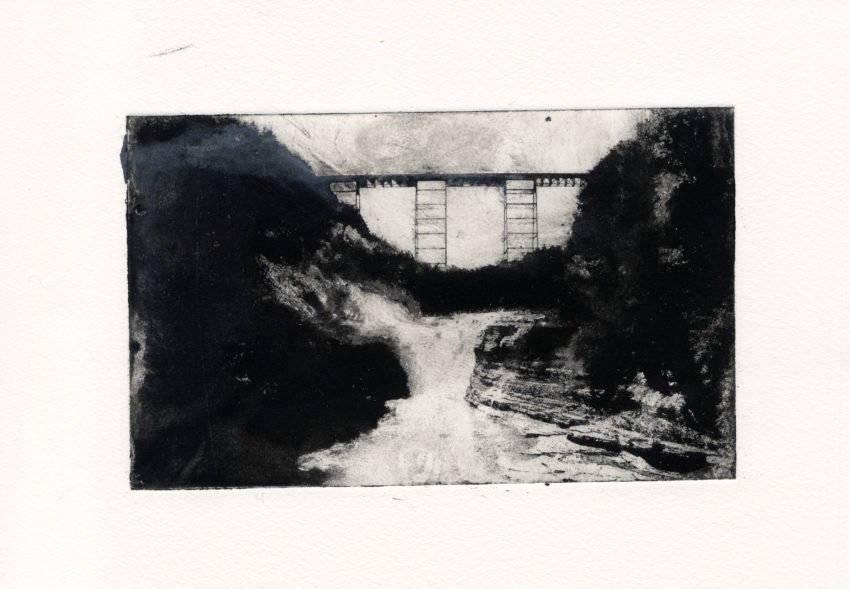