Experiment Goal: To print larger plates that are about twice the size of the previous plates we had been making.

We prepared the plates in the usual manner, and printed out new image positives using a bitmap frequency of 46 and angle of 22.5, ideal for the silkscreen 230 mesh. Adhering the mesh to the plate was a little bit more difficult due to the size increase, but not too much so. We used a larger squeegee to coat the plates, and while it was a bit easier to make a mess, it was not too difficult.

We then let the plates dry for three hours and exposed them for 5:15 minutes. We used the airbrush to coat them with Pledge Floor Care Finish, and added extra Pledge to the edges to help prevent fraying.

Print 1, McKenzie’s Print: McKenzie chose to do an image she took while in Ireland. The photo has a lot of tone and contrast, the image also has mist/fog and fading mountians in the back ground. Choosing this image was a good idea to see how well fog and fading can appear using this Photographic Silk Aquatint process.

Overall the image came out very well, the mist isn’t completely captured in the print but it is visible and some of the faded mountains in the back ground can be seen but some are missing. There is high contrast in this image because of the way it was taken, but still a lot of detail came out in the print which is exactly what we were hoping for. During the washing out process we were sure to wash out as far as we could go without completely destroying the image. we used soft brushes to get into the tiny spots our fingers could not get and, also continued to use or fingers on most the plate. 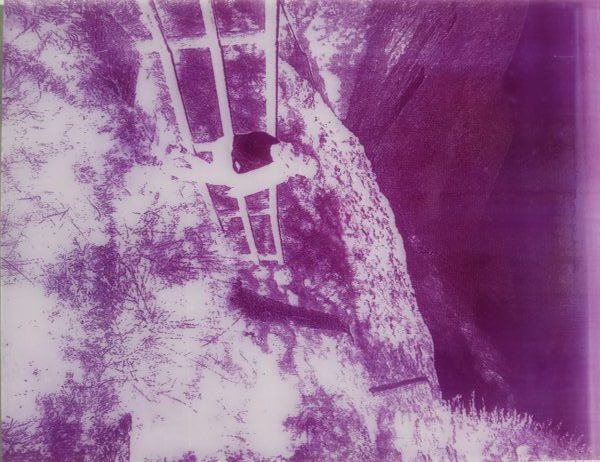 Plate after emulsion is removed from the plate. 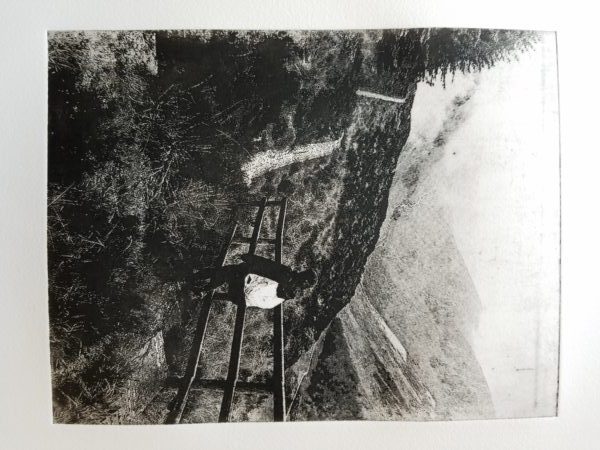 Print 2, Mady’s Print: Mady chose to do a picture she took of downtown Northampton on a rainy day. The image has reflections on the pavement, from lights of cars and the town. This image also has a lot of contrast in it. Unfortunately during the washing out process we ran into some problems of some areas washing out too much and some areas not being washed out enough. this caused us to stop washing out the emulsion and use the plate which partially destroyed some of the image.

During the printing process though, we were able to still get a lot of values we were not expecting after how bad the washing out process was. The printed image had a look of decay to it which surprisingly had a nice affect on the print. 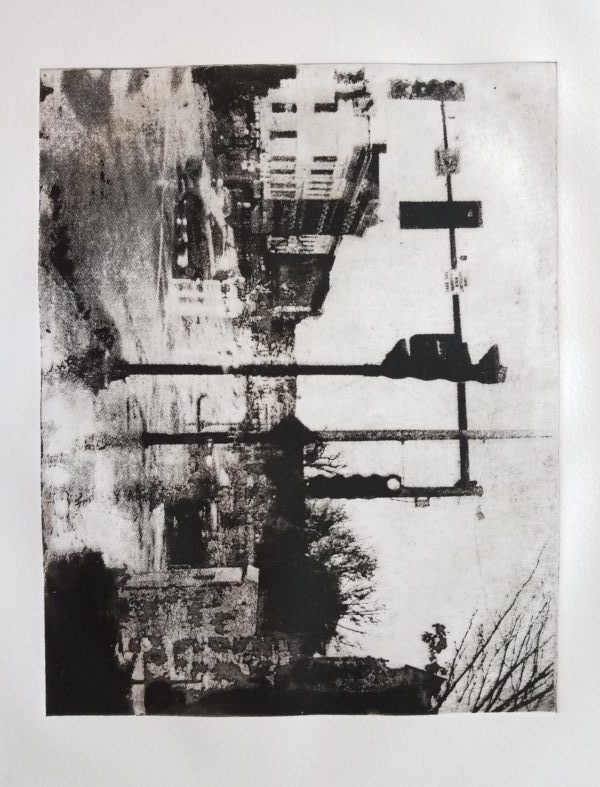 Conclusion: Overall this experiment went very well. using a bigger plate is definitely do-able but will take longer for preparation and printing. the washing out process may get a little harder with a larger plate because now there is a lot more information you have to be aware of and also be sure to wash all the emulsion out without destroying the plate in the process. Going larger widens the opportunities of different images that can be used, but one must be aware that if they were to go larger than the sheet of double tack that it may be tricky lining up the sheet to prevent a crease or overlap in your finished image.