Experiment Goal: Our goal is to see how other types of images look using this process.

We are continuing to use the method of adhering the mesh using double-tack sheets and applying the emulsion right on top of the plate. For the past few experiments, we have been using the same image so that we can best compare the results from test to test. Since our previous test yielded the best print we have gotten so far, we decided that it was a good time to try new types of imagery. We had been focusing on a photograph of a bridge; now we are returning to McKenzie’s photograph of a line etching, and are also using a portrait of a man to see how it will look.

McKenzie’s Etching Image: Overall this print came out very good. There were a few small issues that affected the end result; we coated the plates with emulsion and then let them dry for about an hour and forty-five minutes, but we believe that this is simply not enough time for them to fully dry. There are some areas of the print that should have come out very dark, but got wiped away very quickly, and we think it is due to the rushed drying time. 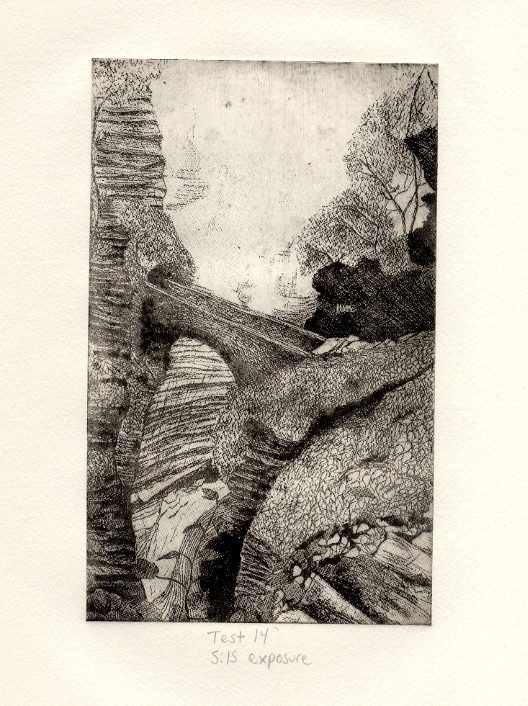 Portrait of a Man: This print also suffered from lack of enough drying time, but in a much more noticeable way. While wiping the plate, areas of emulsion were easily lifting off and peeling away, which resulted in a blotchy print. Another issue is that while we edited the file in Photoshop, we dropped down the black levels a bit, in order to see if we could avoid the issue we have had in past of black areas wiping away too easily. However the print did not have a lot of contrast and was overall pretty grey, so that step was unnecessary. 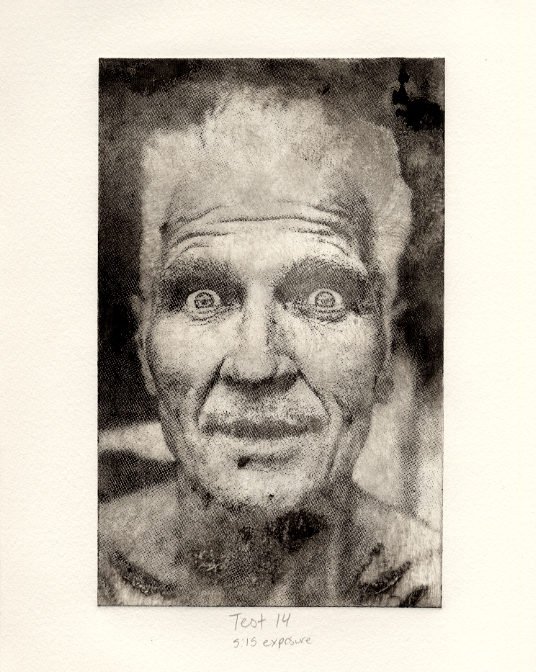 Note: In the future, we are making sure to give the emulsion at least a few hours of drying time before exposing, in an attempt to avoid the issues we have been having with it washing away.