Given the possibility of using aquatint spray to reproduce soft ground-like effects, we prepared a plate to exaggerate the technique, using heavy spray, and more defined removal of the ground. Whereas the previous two plates were heavily covered, they were not completely grounded, and still had the appearance of a dot spray. For the second set of plates we aimed for a more total coverage, spraying until the medium was thick and heavy on the plate, so that it would act as a more effective resist. As soon as we were done spraying we quickly disrupted the medium on the plate before it had time to dry. Instead of removing the medium by hand as earlier, we placed a piece of tinfoil over the plate and ran it through the press with the pressure set for copper printing. 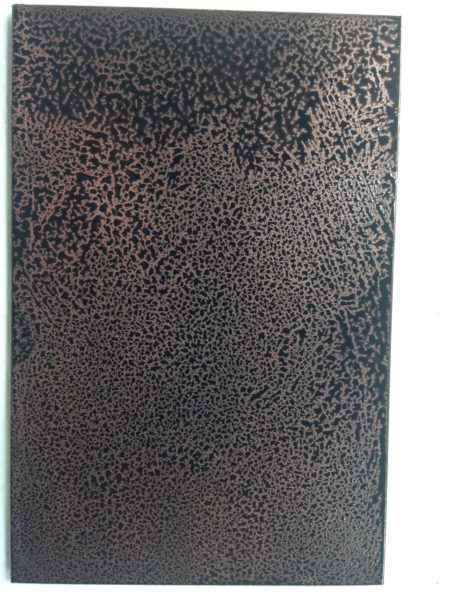 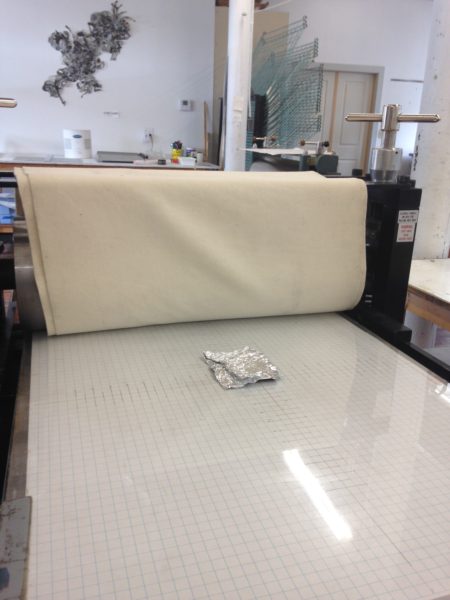 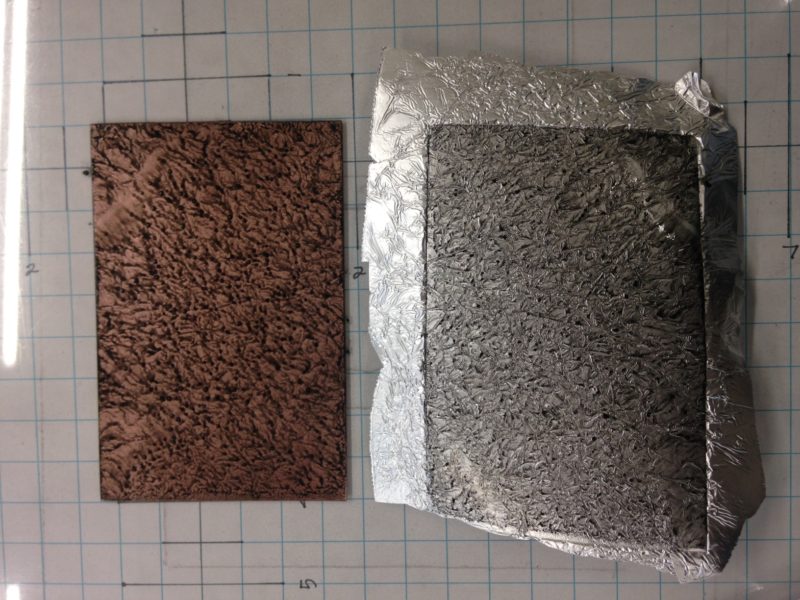 The textures were much more defined on this plate, with greater contrast in coverage between liftedareas and areas still covered by the spray. Hardened the ground in the hotbox for 30 minutes, backed, and etched in 39 baume ferric chloride for 20 minutes to really get a crisp, dark read from the lifted marks. Flushed, stripped, and deoxidized.

The texture read is cleaner than previously the tinfoil appears to have a cleaner resist, but not as much definition in the lifted texture. We inked and printed in Graphic Chemical 514C bone black with 20% transparent base, and printed on the Brand at 0.13 on Hannamule Copperplate Crème. 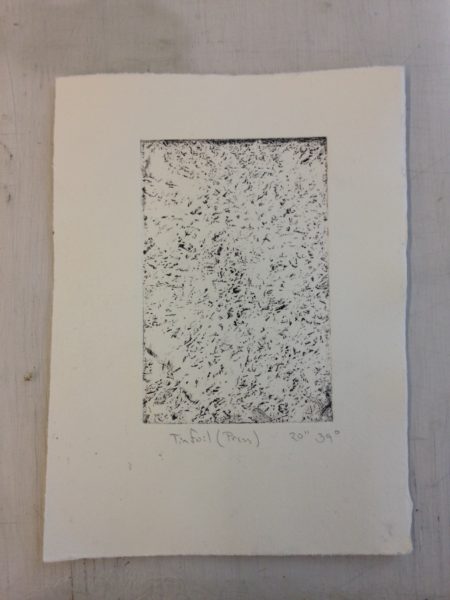