How does stencil material effect results and how does variable spray time with consistent nozzle aperture effect texture?

In this experiment we were experimenting with stencils of different materials. We were also observing the difference in results with different spray times. Our stencils were made from contact paper and freezer paper. We sprayed the medium from a distance of 18″ with nozzle open 2.5 turns. We sprayed with the circle stencils on the plates for 2 minutes, then adhered half circle stencil to cover half the stencil opening and sprayed for an additional minute. We removed the second stencil, placed plates in drying box for 15 minutes, then backed etched the plates for 8 minutes in 36 degree ferric chloride with the circle stencils still adhered to plate. The plates were rinsed in cold water and placed in the stripper for 15 minutes, then the stencils were removed. 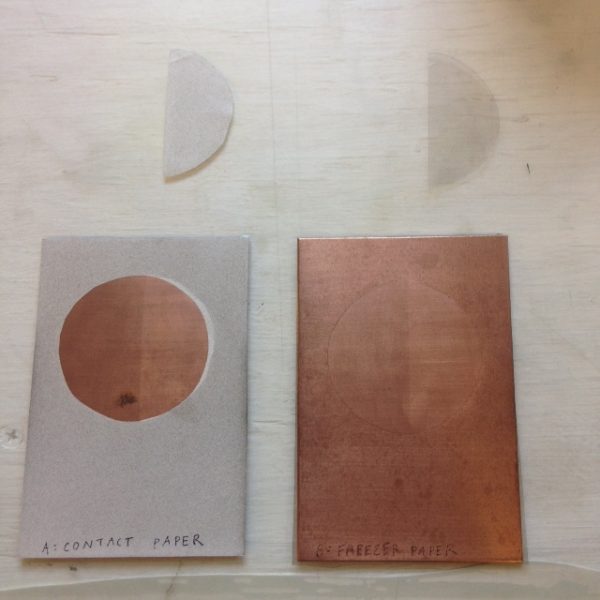 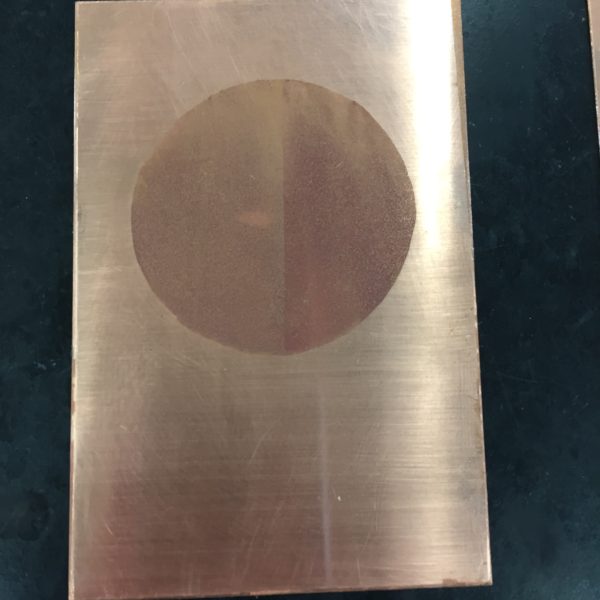 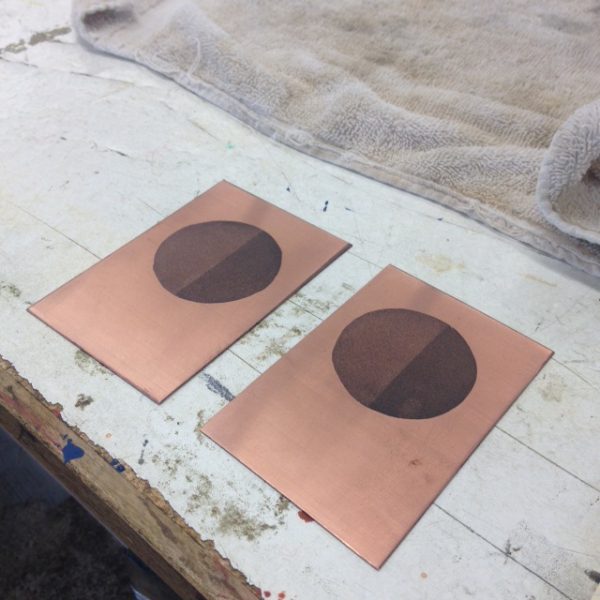 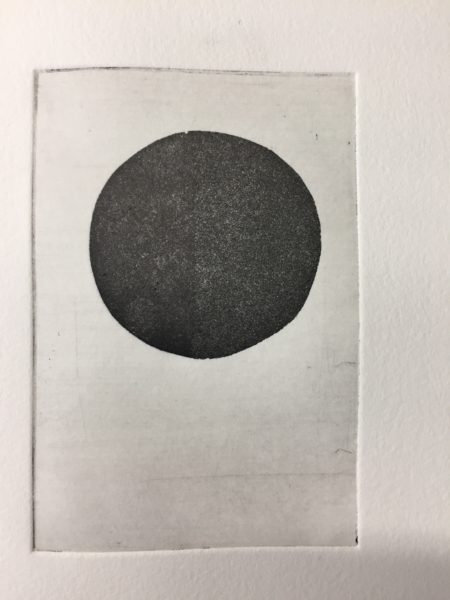 Conclusion: Although the inked plates had a clear distinction between the two spray times, the print did not have a large contrast in darkness of tone. However, the textures of the ink on paper do have subtle differences. The side with a 2 minute exposure to the spray held a softer ink tone while the side exposed for three minutes appears more grainy. The two stencil materials behaved indistinguishably.