How does a moving stencil effect line quality and texture when sprayed with a consistent distance and aperture of spray nozzle?

In this experiment, we were interested to see the effects of moving a stencil in front of the plate while applying the spray medium in an effort to create stencil ghosts overlapping on the plate. Our stencil was made from BFK and was held 1/2″ away from plate while spraying. As I held the stencil, I gradually moved its position every 30 seconds while spraying from 12-18″ away. Spray nozzle was open 2 turns. 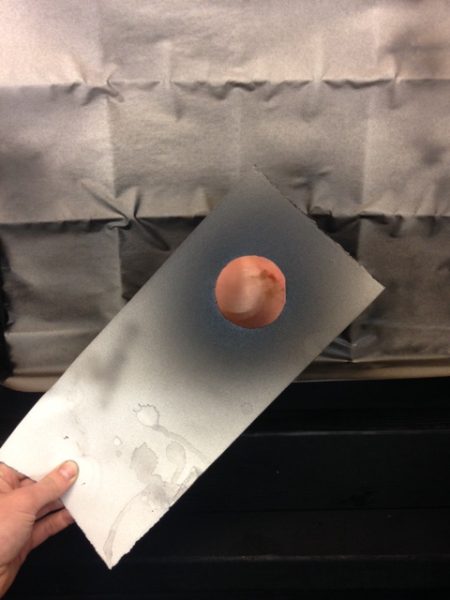 Plate was put in drying box for 20 minutes, backed with contact paper and etched in 36 degree Ferric Chloride for 5 Minutes. The plate was then rinsed and placed in the stripper for 15 minutes. 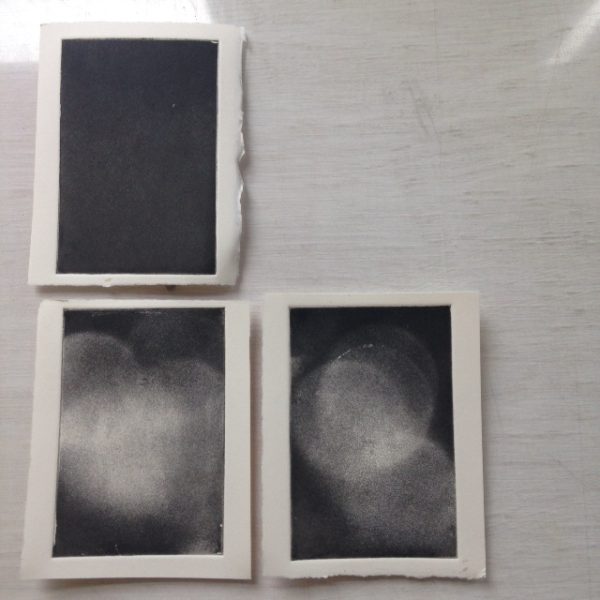 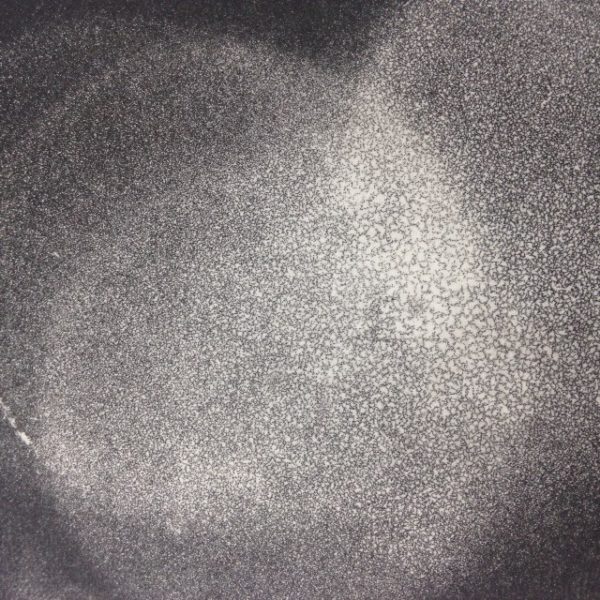 Conclusions: Moving the stencil made blurry overlapping edges and shapes of the circle stencil. Areas at the center of the plate where the medium had more thorough coverage caused less biting, areas that only had a small amount of exposure and less coverage by the medium had deeper biting and held more ink to print darker.