Test Summary
For this trial, we brought in a fourth party to add insight to our Photoshop process. As with the previous test, all alterations made in this experiment pertain solely to Photoshop adjustments. Once again, two plates encompass this trial. Both plates have the exact same Photoshop adjustments. However, both plates were assigned different profiles to be read by the printer, explained under Plate “Preparation.”

Finally, a new adjustment layer was added and under Image>Adjustments>Levels, blacks were pushed to 73 and whites were placed at 197.

The image was ready to print. As mentioned above, we placed different print parameters for the two plates to see if, additionally to the new Photoshop settings, a certain print profile was best suited for the image dot pattern.

The following settings were applied to both Images: under Image Size had the “resample image” box unchecked, resolution set at 300 ppi, and in the Print Preview dialoge box under “Print Profile” Gray Gamma 2 was selected. Color handling set at “Let Photoshop determine colors” and Rendering Intent set at Perceptual.

Plate A: Under “Print Settings” the media type was set at “Plain Paper” and Print Resolution set at 600 dpi.

Plate B: Under “Print Settings” the media type was set at “Plain Paper” and Print Resolution set at HQ 1200.

Soon both testers realized that they had made a grave mistake. 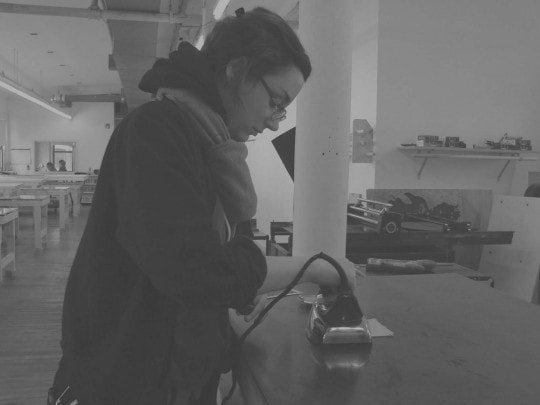 The Photoshopped image…ready to print?

After Bath Evaluation
Unfortunately, it was after the image was etched when we realized that the image was never inverted! This means that it was never converted to a negative, thus our image would be backwards anyway. In any case, the image was printed as usual since the value ranges, in essence, would still be able to be read correctly.

Test Conclusion
It appears that neglecting to invert the image did have greater effects than the values just reading “backward.” The dot pattern placed by the printer without the image being inverted meant that the image as a whole etched very dark. As in previous prints, diagonal lines are present where the dot pattern remained too closed to accept the etch. A lower dpi appears to be more successful, as the HQ 1200 (Plate A) resulted in an image too closed off to accept the etch at all. 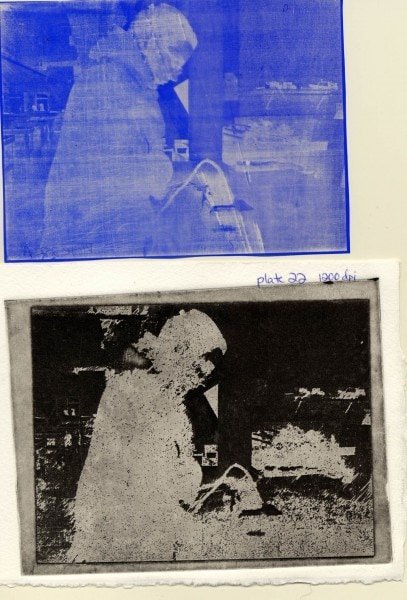 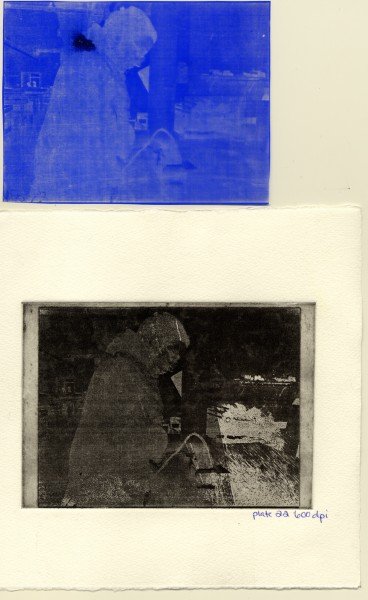