Test Summary
In an attempt to curb the possibility of open biting in the dark areas, we decided to prepare the image in a different way. Instead of exclusively inverting the image in Photoshop to get a negative we adjusted the contrast of the image with the use of the “Curves” adjustment in Photoshop.

Plate Preparation
The plate was degreased with soy sauce and lukewarm water. The image contrast was flattened by adjusting the curves; blacks were brought down to 70 and whites to 10. Film was incrementally heated onto the copper plate. We ironed it at 300 degrees and 8 minutes as usual. 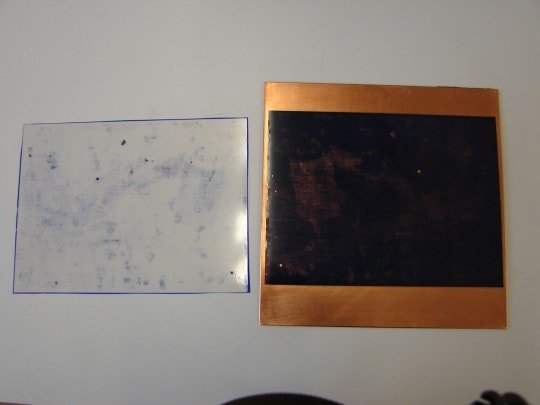 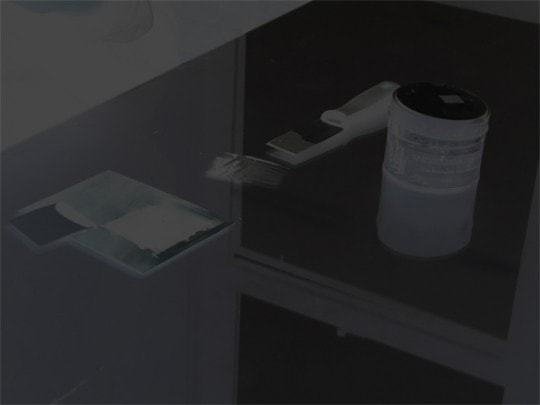 The Photoshopped image, ready to transfer

Etching Notes
The film was unusually bubbly after ironing. We rinsed the plate with lukewarm water, peeled back sections of the film in areas where the image did not adhere properly, then re-ironed in an attempt to get those areas to transfer. We had an impeded transfer due to excess of toner on the film; it appears that there can indeed be too much toner, which can cause the film to overheat in those areas and bubble away from the surface of the copper. However, the surplus of toner was obvious overall, the entire plate appeared to be blocked out with film with minimal open areas of copper. 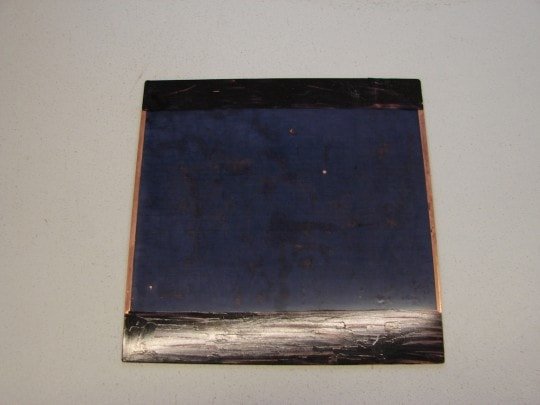 Removal of Grounds
Grounds were removed with 00 gauge steel wool, water and Bon-Ami all purpose cleaner..

After Bath Evaluation
The image is hardly visible on the plate.The plate barely etched due to the extreme amount of toner in the image, as there was not enough open area for the mordant to bite. 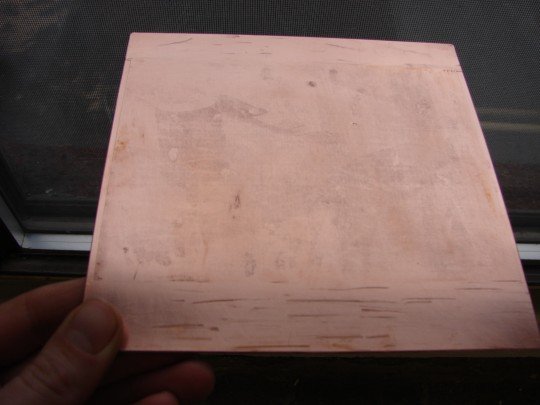 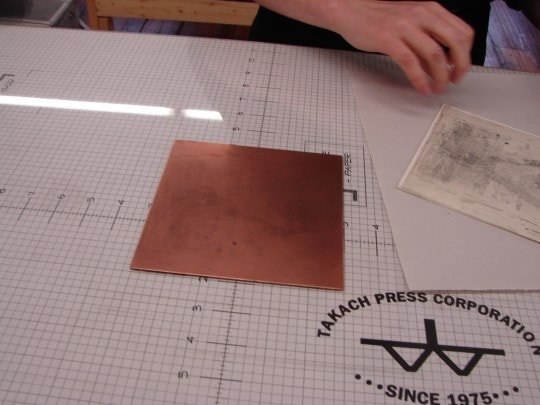 Test Conclusion
We have new-found knowledge that the ‘invert’ setting in Photoshop does not recognize the image as a negative, and has affected the way we prepare the image. Using “Curves,” we altered the image to lessen the contrast in hopes of creating an aquatint-like pattern in the dark areas of the image. After further research, we found we need to get a 45-55 percent dot ratio, whereas we believe we achieved something much higher with this trial.