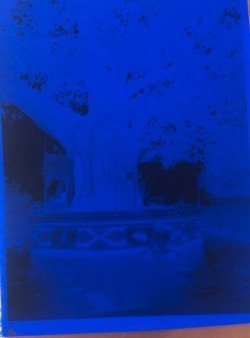 Plate A, film before ironing 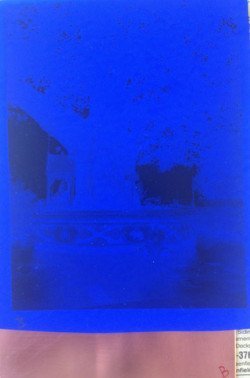 Plate B, film before ironing 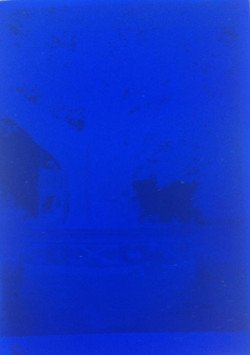 Plate Preparation :
The plates were beveled, polished with 00 grade steel wool, and degreased with soy sauce and bon ami.

Etching Notes : The plate was etched in a 42 degrees Baume Ferric Chloride bath in a vertical tank.

Removal of Grounds:  Plates were saturated with SoySolvII and left to soak for 5 minutes. Ground was then wiped off easily with a rag.
After Bath Evaluation: looks good.
Inking Methods:  Plate was inked with Graphic Chemical Etching Ink in Bone Black, applied with a piece of mat board. It was gently wiped in an outwards motion with a piece of tarlatan. Then paper wiped,  then hand-wiped. 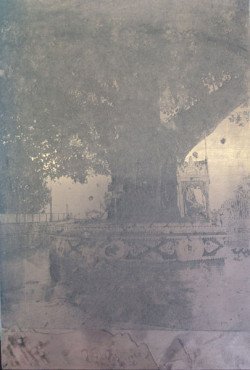 Plate A, plate after etch 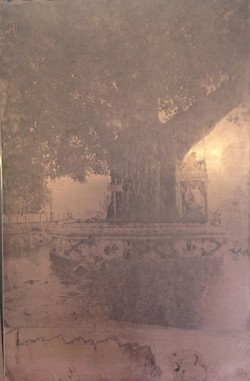 Plate B, plate after etch 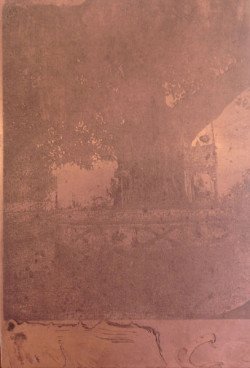 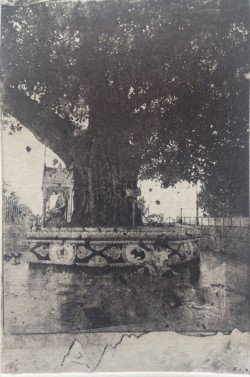 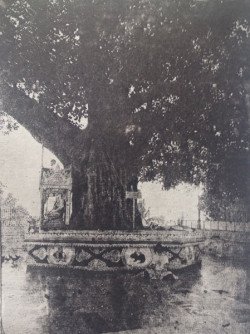 Plate B, Black at 170, came out well also, with a little less detail and grays. 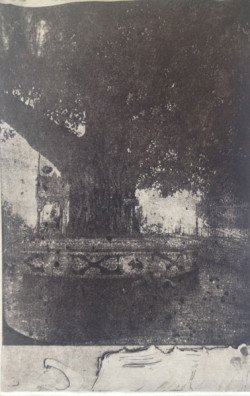 Plate C, Black at 79, did not have many mid-tones or grays.