Test Summary
The purpose of this test was to follow the original directions in test #17 using a drawing as the image to bring into Photoshop.  Changed point B in curves to input 62 and output to 107 and changed the printer to 300 dpi to see if any image can follow these directions, or if each image needs to be adjusted based on it’s own grayscale. 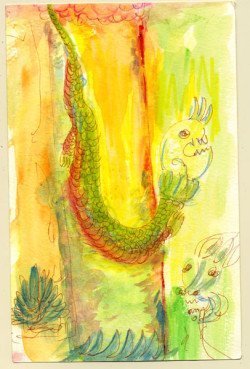 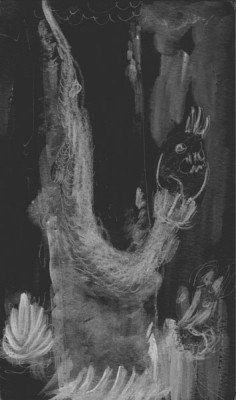 Etching Notes : The plate was etched in a 39 degrees Baume Ferric Chloride bath in a vertical tank.
Time in Bath  20 minutes
Removal of Grounds : Plates were saturated with SoySolvII cleaner and left to soak for 5 minutes. Ground was then wiped off easily with a rag. 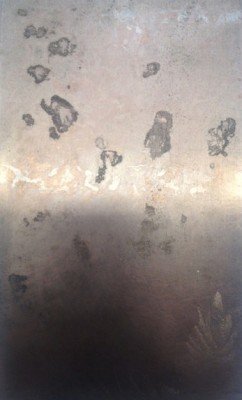 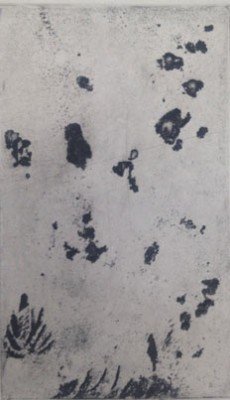 Test Conclusion
Only open biting and shapes at the bottom of the plate appeared on the proof. Small part of the tail of the image showed up, but no mid-tones. Water may have been on the plate and small bubbles were not able to be removed with the iron. As the film was removed the toner pulled off the plate with film. It seems the same Photoshop curves settings cannot be followed for every image.