Test Summary
The purpose of this test was to bypass Photoshop and create a variety of tonalities in pen and pencil to see how that translated into print. 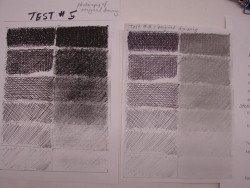 Plate Preparation . The plates were beveled, polished with 00 grade steel wool, and degreased with soy sauce and bon ami. 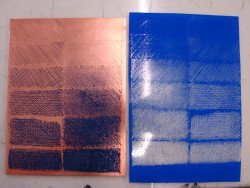 Removal of Grounds : Plates were saturated with SoySolvII cleaner and left to soak for 5 minutes. Ground was then wiped off easily with a rag.

Inking Methods:  Plate was inked with Graphic Chemical Etching Ink in Bone Black, applied with a piece of mat board. It was gently wiped in an outwards motion with a piece of tarlatan. Then paper wiped.
Paper Type: Hahnemuhle, white Paper Soaking Time: 30 Minutes Press Blanket Setup: Takach pressure at 5.5,  2 blankets, sheet of newsprint 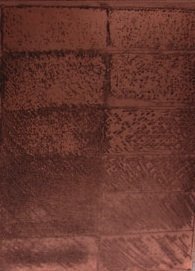 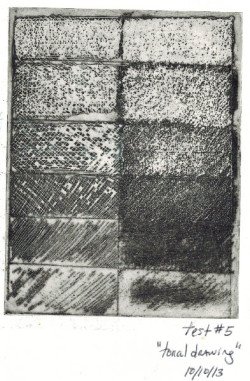 Test Conclusion
The image wasn’t inverted so the lines were protected by the film and all the space around the lines open bit. Something like this might work and the image would have to be inverted before being printed on the film and the lines would etch black and the space inbetween the lines. This could be done again and test the midtone acting like an aquatint.