Now that we feel we’ve been able to reproduce a consistent ImagOn HD print using the 1.1 Lu, and .2 LU flash with the 30 LU aquatint screen and the 75 dark and 245 light curves applied to the image positive, we wanted to see what experimental ideas ImagOn method could achieve. Because ImagOn can be laminated to substrates, unlike the Jet plate or Toyobo plate, there is potential for unique image making and exploration of unique applications for the method. We tried a variety of ideas listed below with mild success.

We think there could be further investigation of ImagOn potential.

We tried:
Applying the ImagOn film to a cardboard and chipboard collograph. We wanted to explore if cheap and readily available materials like cardboard and chipboard could be a possible substrate to apply ImagOn. This was a total fail because of the 9-minute developer bath made the cardboard substrate unprintable. From here we think exploring collographs on PETG with a carborundum built matrix could work. 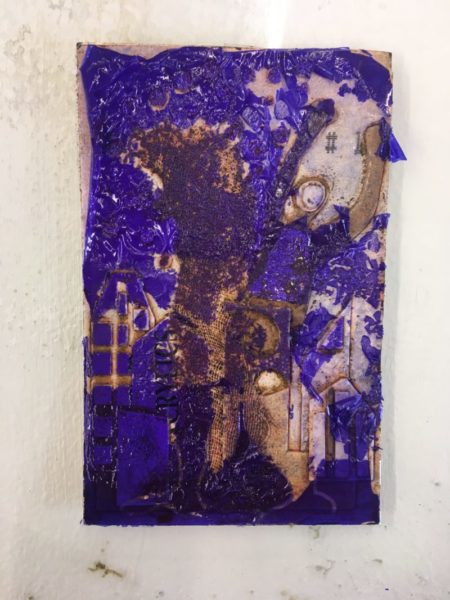 Attempt to apply ImagOn to collograph. This shows the plate after exposure and developer bath. The film could not keep a connection to the collograph.

Applying two layers of ImagOn to a single plate, and exposing and developing both layers separately. There is potential for multiple images to be overlaid in interesting ways. By laminating a plate with ImagOn, exposing the image and developing the image and then adding another layer of ImagOn, exposing and developing the second layer of ImagOn film.  This way of image making was somewhat successful. A printmaker interested in overlaying images in an interesting way could run with this way of working. this could use some further investigating. 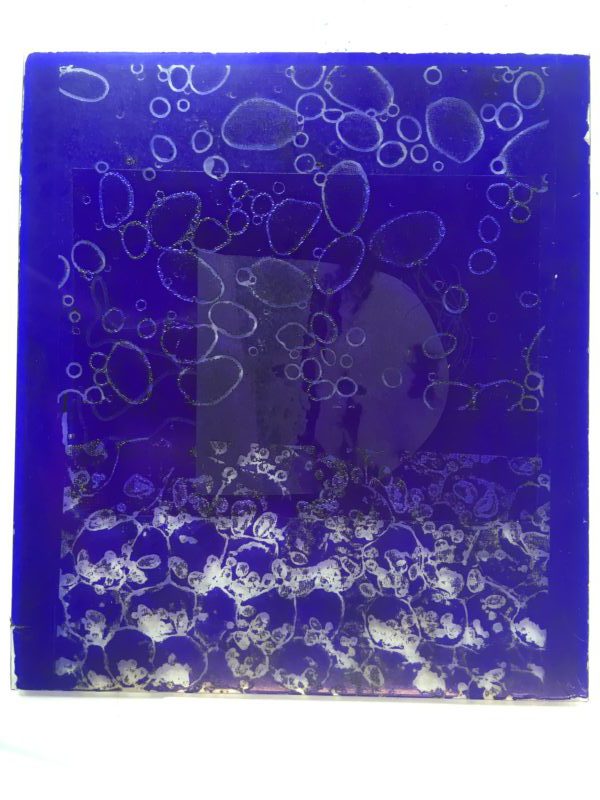 The plate with the two layers of exposed, and developed ImagOn film. 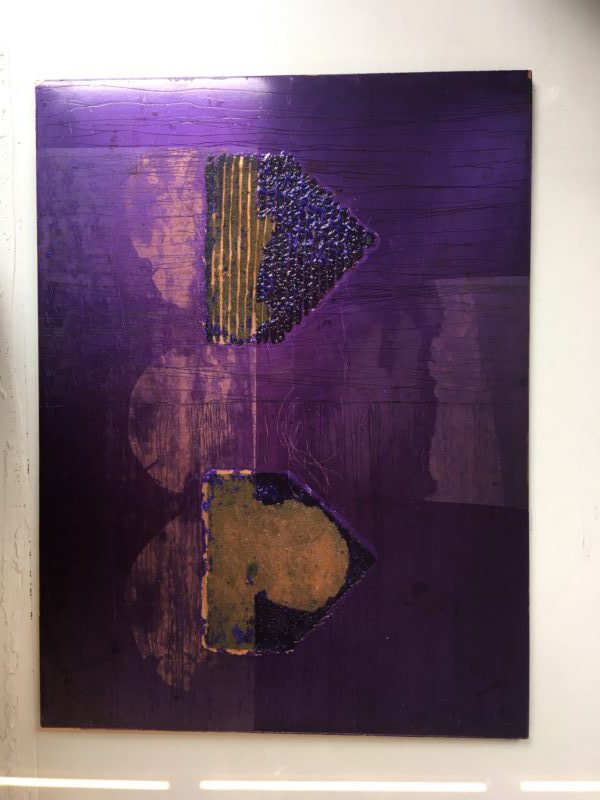 Other ideas to explore: