After dialing in the developer solution, the timing of the aquatint exposure, and the timing of the image exposure, we felt we needed to try manipulating the tonal range of the photopositive in order to achieve a greater tonal range. Previous tests had always came out contrasted but without much middle value. We found help in Keith Howards book yet again as well as at the polymetaal.nl webpage.

Using our previously made photo positive with the suggested settings from Zea Mays Printmaking’s Toyobo plate positive making instructions, we exposed a plate for step testing. The plate was laminated per our usual methods and then step exposed starting at 5.2 light units and continuing in .2 light unit increments up to 6.4 light units. After the exposure we developed the plate in our 12gm/L developer at 61.1°F for 9 minutes. We then rinsed for 30 seconds in water before rubbing with vinegar for 30 seconds and rinsing in water again. We allowed the plate to harden in sunlight and ambient light for about 20 minutes before printing. The ink that we used was Akua carbon black with about 15% transparent base. For paper, we used Hanemeühle and for the press we used the Charles Brand press at a setting of 9/1. 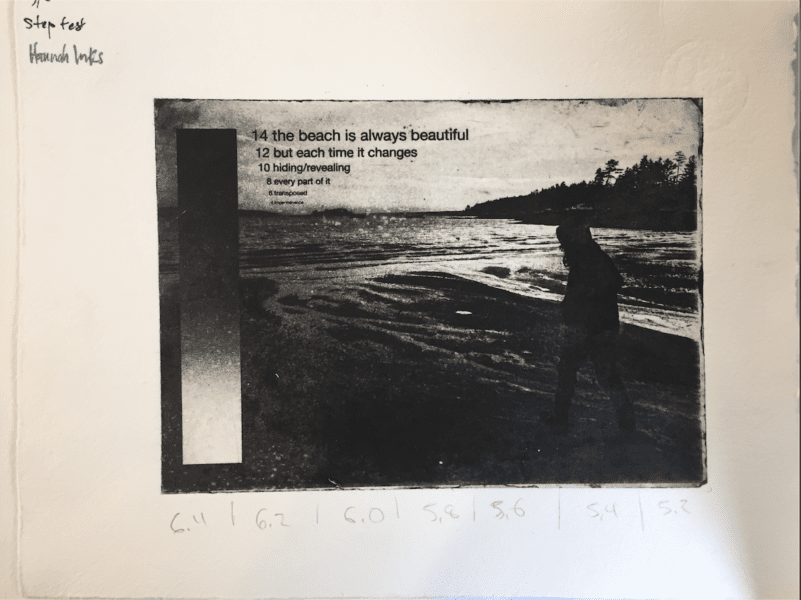 The results of this print were rather dark, with good tonal range from medium dark to light, but not much white. It is also hard to differentiate the steps of the test so we are unable to pick a step to create a new plate from.

Our second test of the day was made with all of the same parameters as the previous test however we changed one variable in Photoshop, the tone curve of the positive. The new positive was made with a tone curve of 60. Besides this alteration the same exact exposure, developing, and printing procedures were followed. 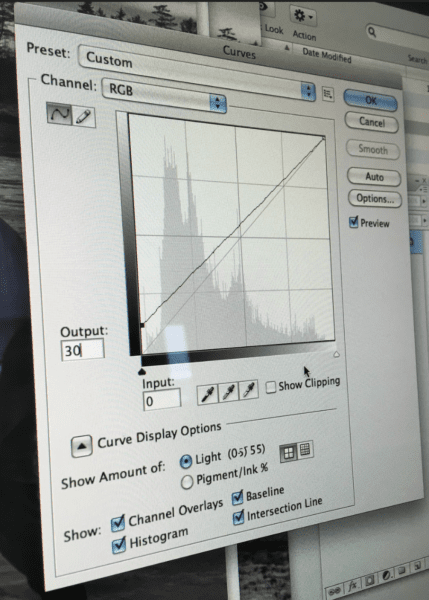 Here we can see the parameter of the curve tool that we were adjusting to attempt to lighten up the darks in the plate allowing for a wider tonal range. We have it set to 30 here but it was set to 60 for this test. 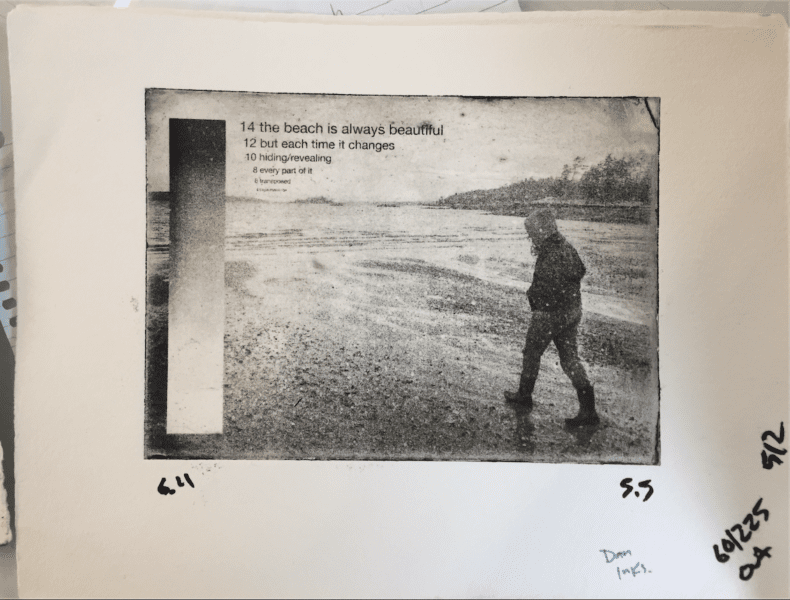 The results of this print were much lighter than the previous test with almost no medium to dark tones however the steps are slightly more evident.