Test Summary
This experiment tests a process developed by Andrew Baldwin in which icing sugar is used to create an aquatint. Using a cake sieve, the icing sugar is dusted onto a grounded plate. Important variables that were tested was allowing the plate to rest with sugar on the ground for 5 minutes before baking it in the preheated oven.

Plate Preparation
Plate was degreased with Bon Ami powder and soy sauce that was rubbed onto surface with a scrap of rolled felt. The plate was rinsed under running water and dried by blotting on newsprint and using a blowdryer. A thin layer of BIG ground was rolled out on a glass slab using a 10″ brayer. The ground was rolled onto the plate in all directions to apply a thin even coat. The oven was preheated at 240 degrees on the ‘convention’ setting. Plate was set aside as sugar get prepared. About 1/2 cup of Tate & Lyle icing sugar was placed on the top of the mesh of a cake sifter. Placing the plate directly underneath the sifter, an inking spatula was used to move around the sugar on the mesh to allow it to fall onto plate. This was continued until the plate was completely covered in sugar and no red of the ground can be seen through the layer of white sugar on surface. Plate was lifted vertically and tapped on it’s edge 3 times against the table to remove excess sugar. The plate was turned 180 to its opposite edge to be tapped again. After excess sugar was tapped off, plate was left to sit with sugar on it for 5 minutes. Plate was then placed in preheated oven to bake at 240 degrees for 6 minutes. When done, plate was left alone for one hour to cool and harden. At this point, a drawing was made to show the darker pink areas against the whiter areas on the plate. It was possible that the sugar had started to dissolve in the ground while it was sitting before placing it in the oven. The plate was then placed flat in a tray and submerged in warm tap water. The tray was repeatedly tilted to move water around over plate to avoid bubbles from forming. Tray water was dumped out every few minutes and replaced with fresh tap water. Plate was also rinsed by moving it around directly under the faucet. Both methods for rinsing were switched between for about 20 minutes. When plate was finished rinsing, it was pat dry on newsprint and blow-dried. The plate was backed with contact paper and placed in the brightener bath (salt and vinegar) before etching. 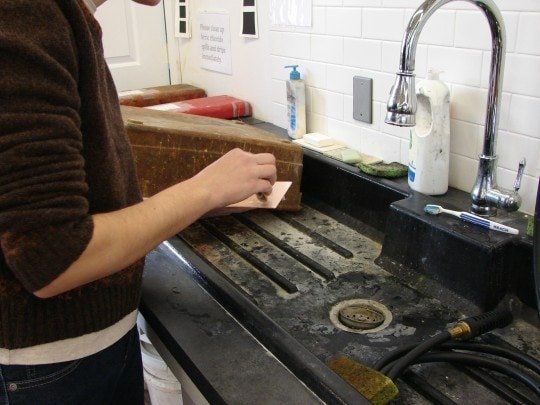 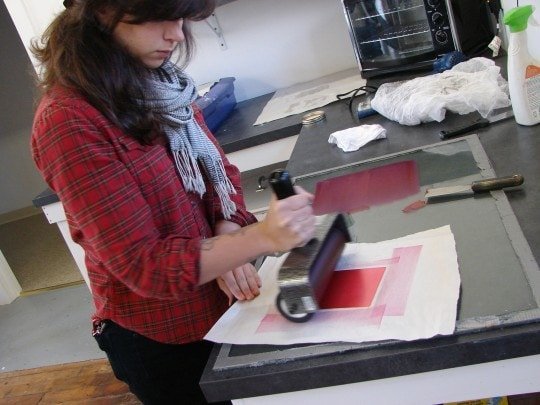 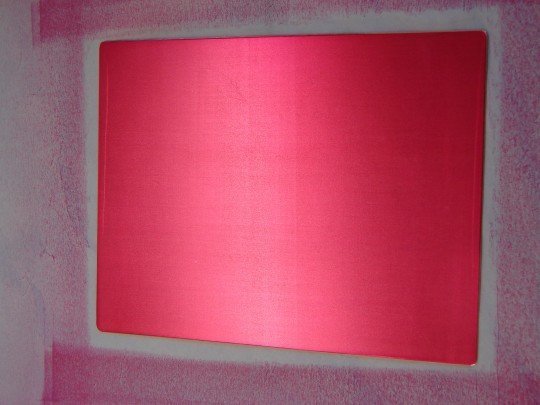 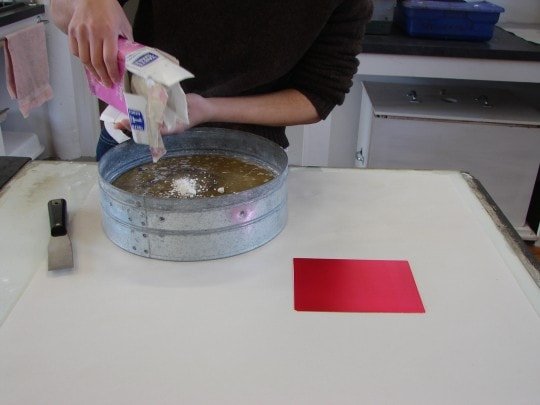 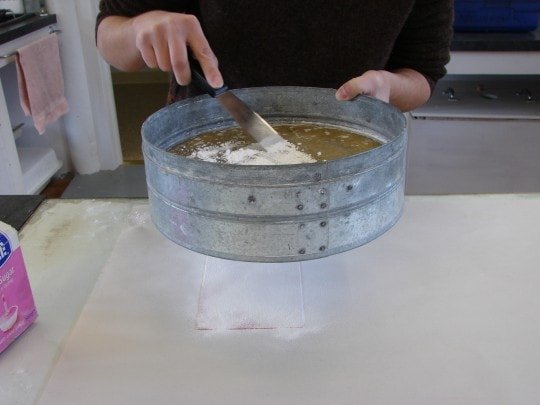 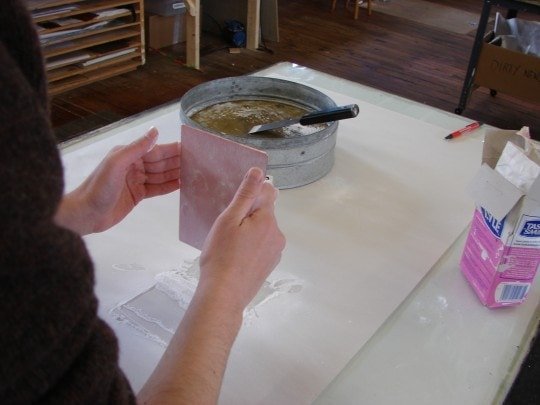 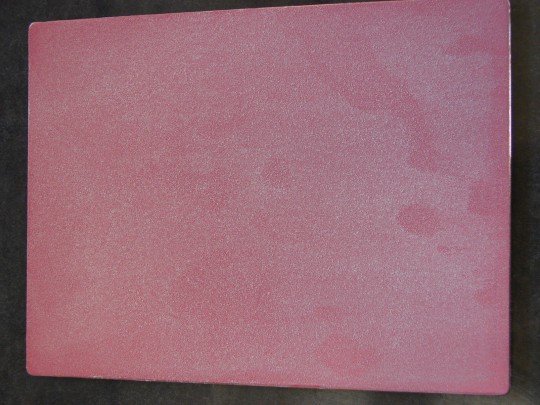 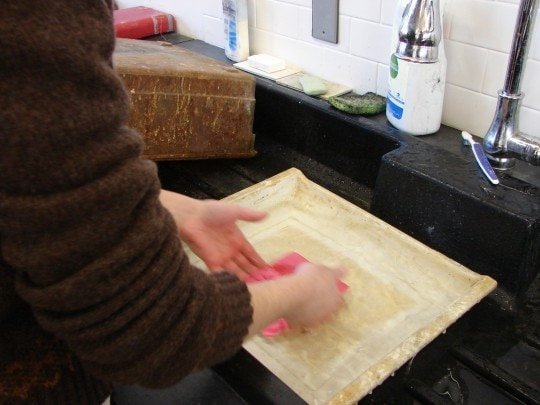 Etching Notes
Plate was placed flat into a tray of ferric to etch for 10 minutes. While plate was in tray, acid was carefully sloshed from side to side to avoid having bubbles form on the surface which would result as a resist. After 10 minutes, plate was rinsed under faucet. 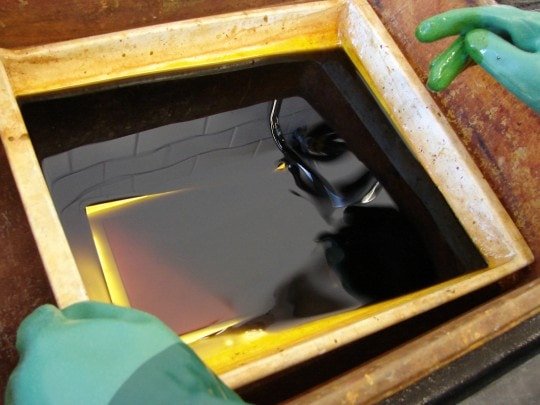 Removal of Grounds
Immediately after plate was removed from acid tray and rinsed, it was sprayed with soysolv and wiped with a rag. The plate then sat with soysolv covering it for a few minutes to ensure it was clean. After the plate wipes clean and there was not any visible pink ground remaining on plate, it was placed in brightener and sprayed with cleaner/degreaser spray before it got inked.

After Bath Evaluation
The ground was removed from the plate immediately by using soysolv instead of letting the plate sit in the stripper bath worked very well in this test. It seemed as though at this point the ground was still very weak from the acid and easy to remove, rather than letting it re-adhere to the surface. The aquatint texture appeared consistent. 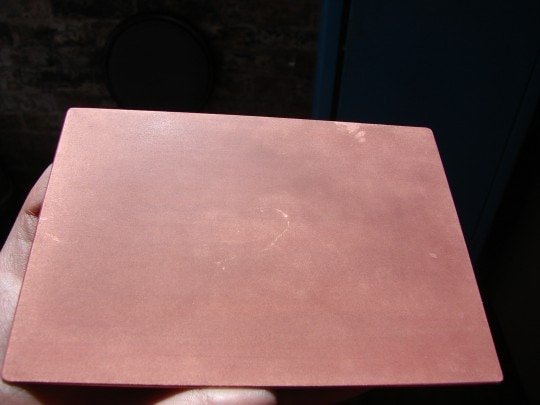 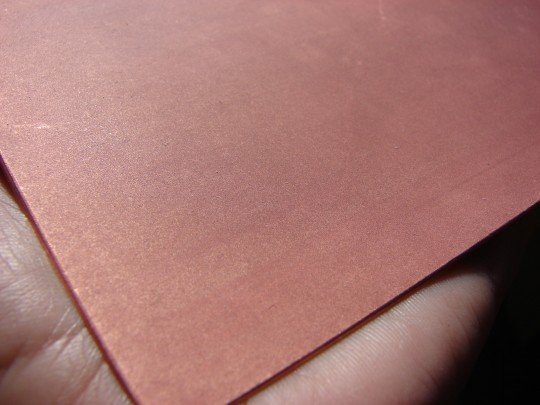 Test Conclusion
The first proof at 2.9 pressure produced a smooth aquatint with a large, lighter cloud-like shape. Since there was a fair amount of ink still in the plate after printing, the pressure was tightened and the plate is re-inked. With the pressure down to 2.7, the solid black areas are darker but there was still a large light area. Again, a lot of ink remained in the plate. The pressure was then moved down to 2.5, which produced a very solid, smooth black but the non-descriptive lighter shape remains. For the next experiment, the goal was to create a smoother application of sugar and let sugar sit on the grounded plate for at least 30 minutes to allow it to dissolve into the ground before baking. 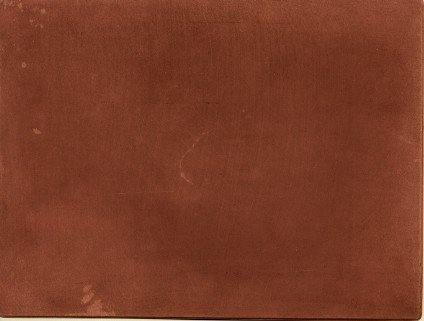 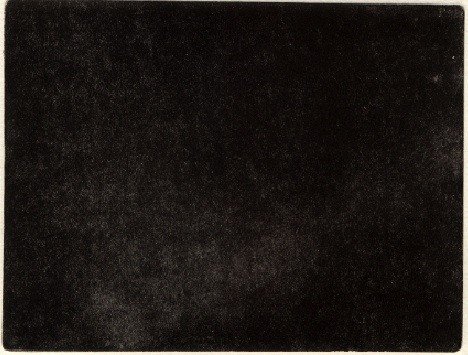 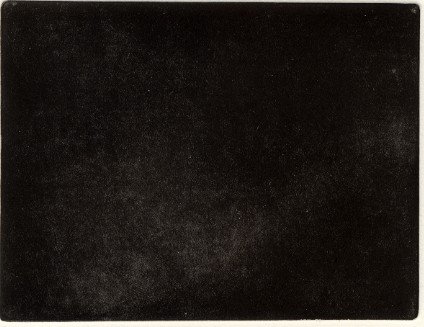 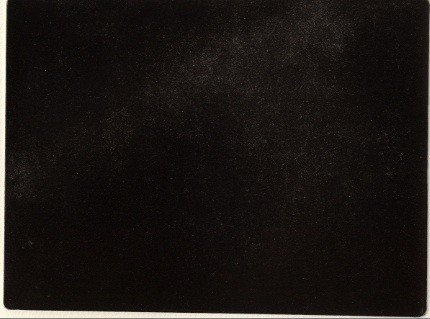