Test Summary
This test will determine how the Z-Acryl aquatint holds up in the Copper Sulfate Mordant after being applied to a previously etched plate.

Plate Preparation
I began by burnishing the highlights into the dress pattern of the figure and the background. The plate was degreased with soy sauce that was rubbed onto the zinc plate using a piece of rolled felt, rinsed and then dried with a clean rag and blow dryer. I applied a Z-Acryl aquatint in 6 passes across the plate following the studio’s basic aquatinting procedure. I got a second opinion from Liz Chalfin and she approved the quality of my aquatint. I placed the plate in the hotbox and dried it for 20 minutes. I used Z-Acryl and Lithographic crayon as a stop out. I used the lithographic crayon primarily to step etch the background of the plate. 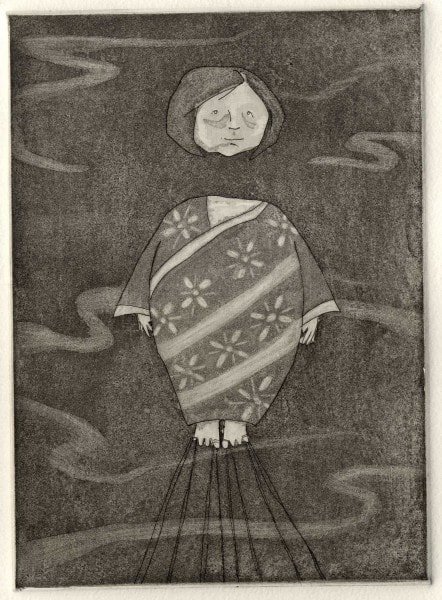 Etching Notes
The Copper Sulfate Mordant consists of 50gm salt + 50 gm copper sulphate + 1 liter H20 stored in a plastic lidded container. I etched the plate vertically in a plastic file bin. I used a plastic letter holder that fits into the file slots to keep the zinc plate in place during etching.

Timed Application of Mordant
Every two minutes I removed the plate from the mordant and placed it in a bath of water at room temperature. I removed the plate from the bath and allowed it to air dry before using a combination of Z-Acryl and lithographic crayon as a stop out. I applied the litho crayon to areas in the background that I no longer wanted to etch. I applied the Z-Acryl to areas on the figures head and body. After completing my drawing I placed the zinc plate back in the mordant bath. I repeated this same process for a total of 15 minutes. The etch times are indicated on the print below. 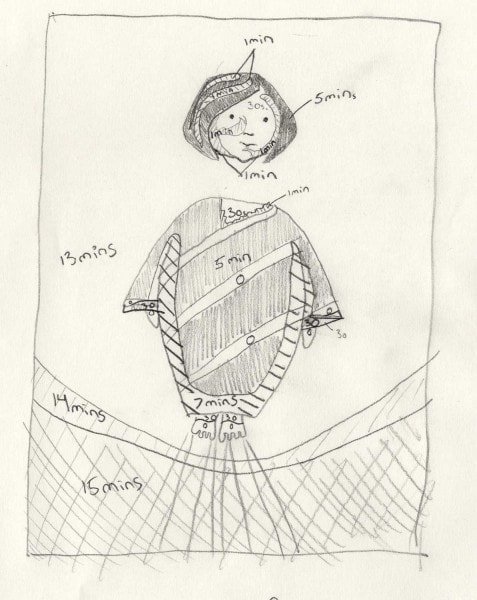 Removal of Grounds
The grounds were removed by immersing the plate in a stripper bath of Arm & Hammer Washing Soda and water (100 grams/1 liter) for 20 minutes. I scrubbed at the ground using Simple Green and a toothbrush until it came off. 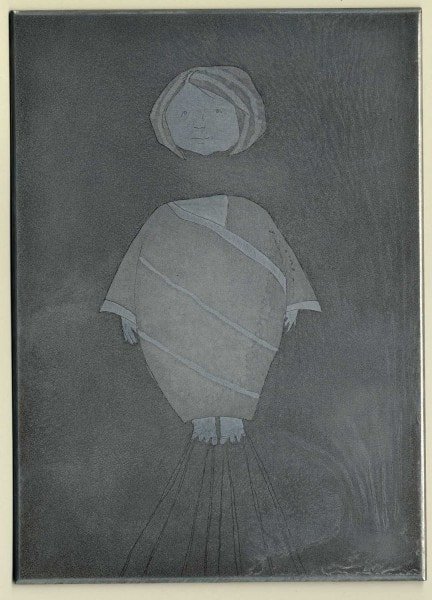 Test Conclusion
The step etch was supposed the produce a gradation in tone behind the floating figure in the print. The background is darker but still uneven. The original aquatint may have been too uneven to re-aquatint over. After I aquatinted a second time I burnished away highlights in the background. 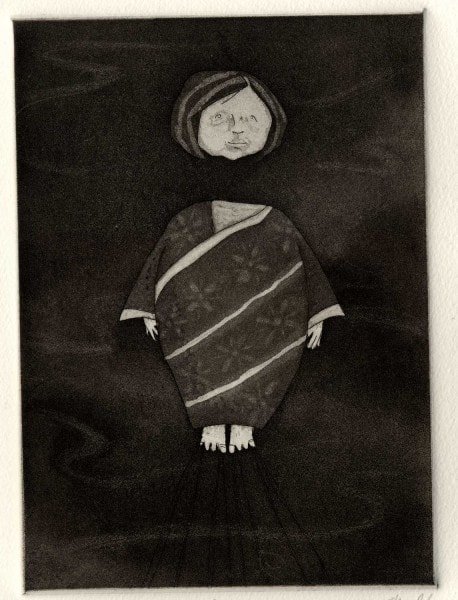