October 21, 2014 (printed 10/28)
Researchers: Audrey Blood / Jenny Gover
Room Temperature: 65 degrees F
Humidity: humid
Materials: Golden GAC-100, Speedball india ink, Golden airbrush medium
Abstract: Attempting a spray aquatint mixture using Golden GAC-100. In our research, we found several mixtures using Golden GAC-100 alone or as part of the recipes. Edinburgh Printmakers had a more complicated recipe using GAC-100, but Tracy Hill and Emma Gregory also tested a recipe from Friedhard Kiekeben (www.nontoxicprint.com) using only GAC-100 mixed with water and a colorant. We decided to try this as our next mixture base because we wanted to find out more about how GAC worked prior to testing the more complicated Edinburgh Printmakers mixture.

Procedure:
We mixed ingredients together in small containers and sprayed each through the Badger Airbrush at the finest possible setting onto copper plates at a distance of approximately 6-8 inches for approximately 15 passes. After evaluating both sprays, we decided that mixture 1b produced too coarse of a spray and decided not to etch this plate. The plate with mixture 1a was set to dry in the drying box for 20 minutes, then removed and sat grounded in our drawer for one week before etching. It was then step-etched in 39 degree baume ferric chloride. The ground was stripped first in the stripper bath for an hour and finished with SoySolv II spray. The plate was then printed three times. 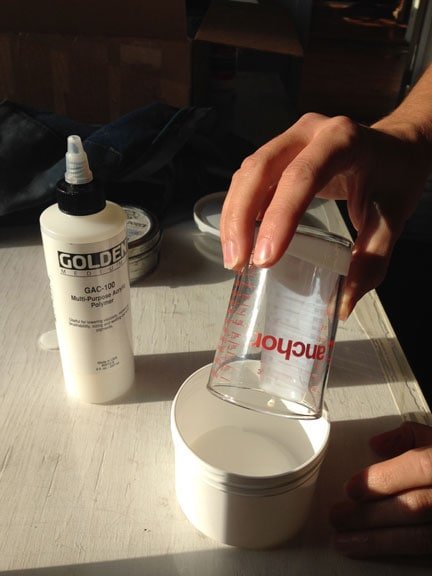 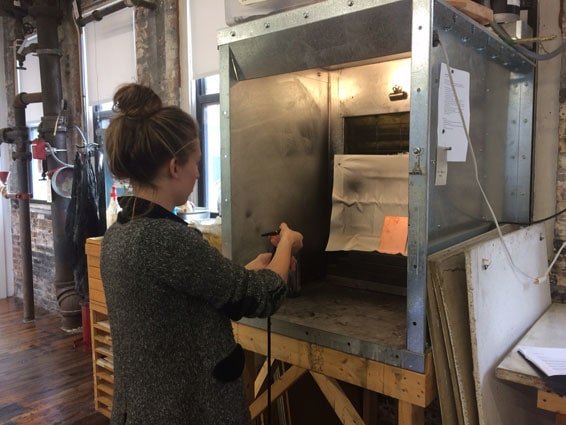 draw down of mix 1a 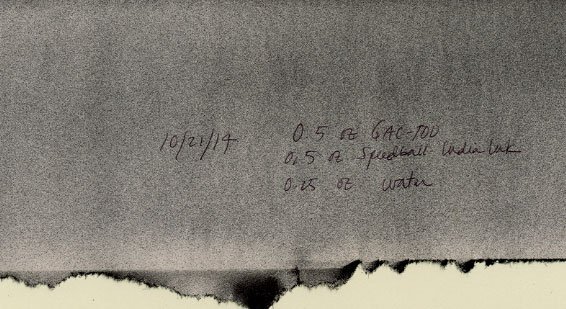 spray of mix 1a on newsprint 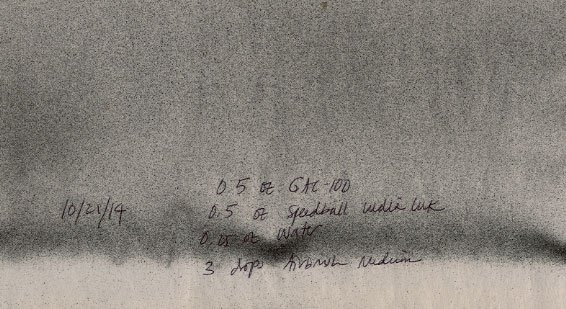 spray of mix 1b on newsprint

The Mixture
It was difficult to see whether the GAC-100 mixed in thoroughly with the other ingredients. The pigment seemed dense enough, and the mixture had a similar viscosity to Z-Acryl. We sprayed mixture 1a onto newsprint, but the spray seemed coarse and difficult to spray evenly and finely. We decided to make the same mixture with airbrush medium (1b) to see if it made the spray finer, but it did not. Surprisingly, mixture 1b made an even coarser spray though the airbrush, with some dots larger than others. We thought perhaps there was too much india ink in mixture 1b. 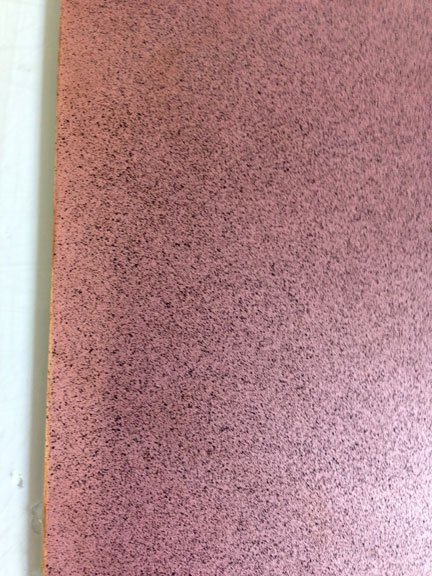 Stripping
We left the plate in the stripper solution for one hour, but this did not entirely remove the ground. Most of the ground was removed with SoySolv II and by rubbing the plate under running water with fingers. After deoxidizing, we realized that some ground was still left on the plate and used more SoySolv II to remove the remainder.

Printing
We used a Takach press with 2 sizing catcher blankets set at 5.5 pressure. We printed with Chabonnel #55985 oil-based etching ink with 2 drops 00 plate oil on Hahnemuhle copperplate white paper. The prints appear coarser than those made from the Speedball mixtures. 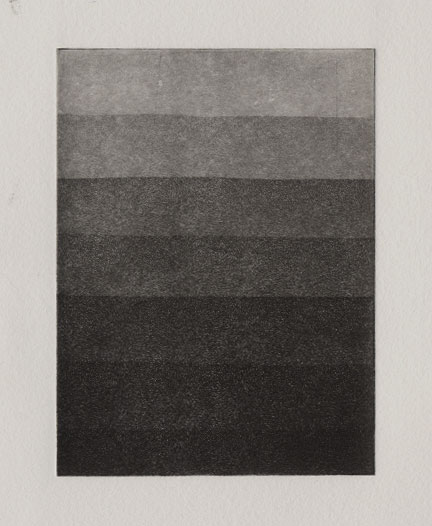