We mixed 1T:1c water to make our methyl cellulose mixture, which appears to be very clear with all powder particles dissolved. 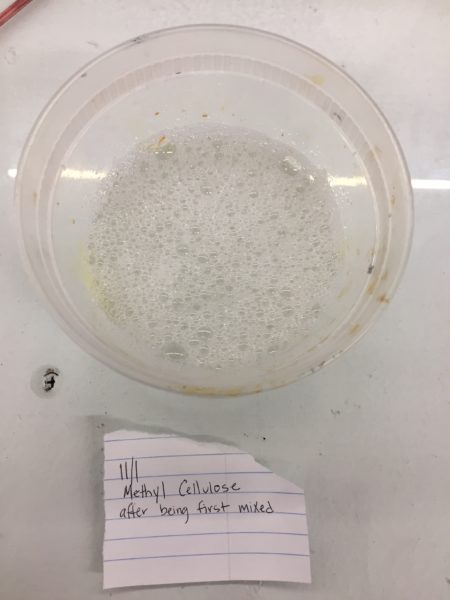 Methyl cellulose fresh after being mixed 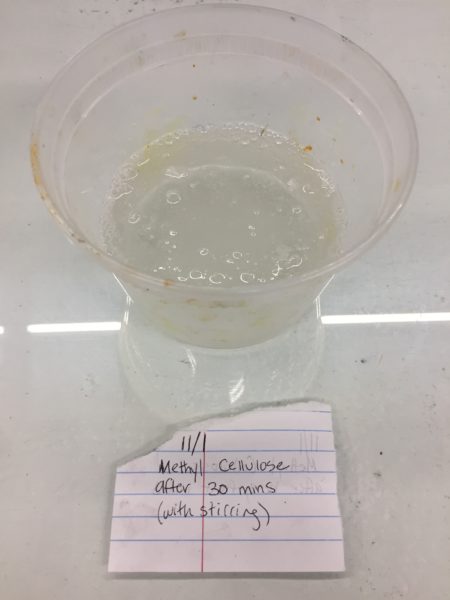 Methyl cellulose 30 minutes after being mixed 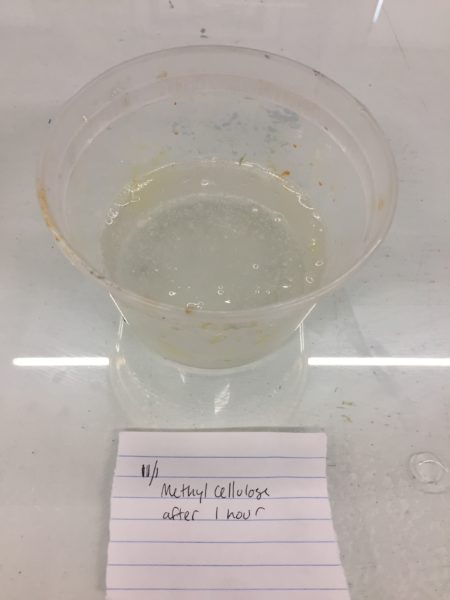 Methyl cellulose 1 hour after being mixed

Once in this state, we painted on the methyl cellulose using a foam brush. 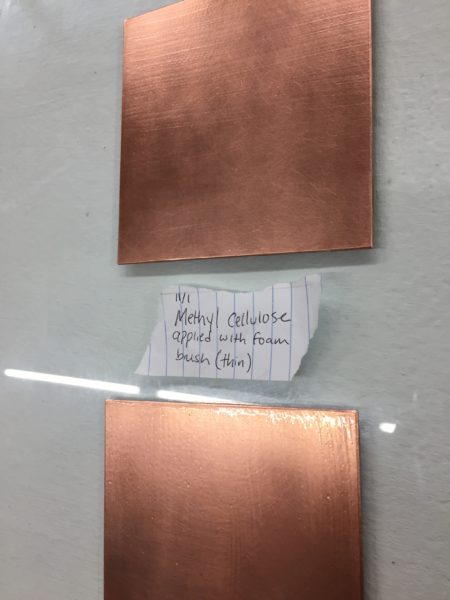 Plates coated with a thin layer of methyl cellulose, applied with foam brush

The plates were etched in Ferric Chloride bath, with a baume of 39 degrees, for 10 mins. After 10 mins the plates were pulled out of the ferric to be rinsed under water. At this point we observed the texture of the methyl cellulose ground; it was gooey and could be wiped a way with a finger, like a gel. 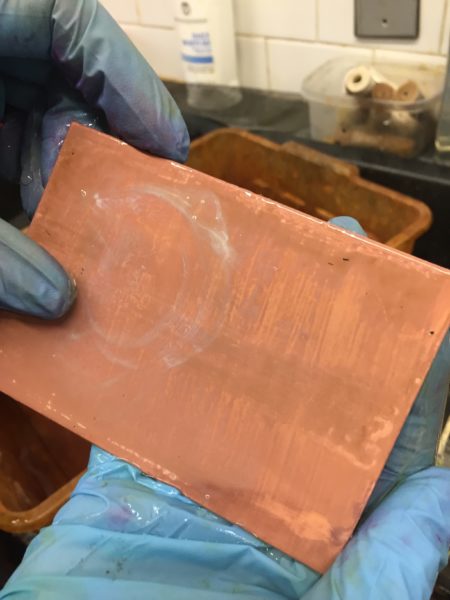 When rinsed under water the ground rinsed off, but some still had to be scrubbed off using Bon Ami and a rag. Then we printed both plates as follows: 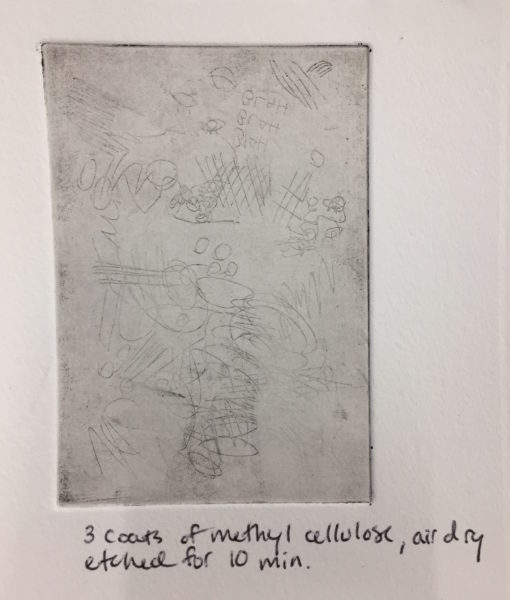 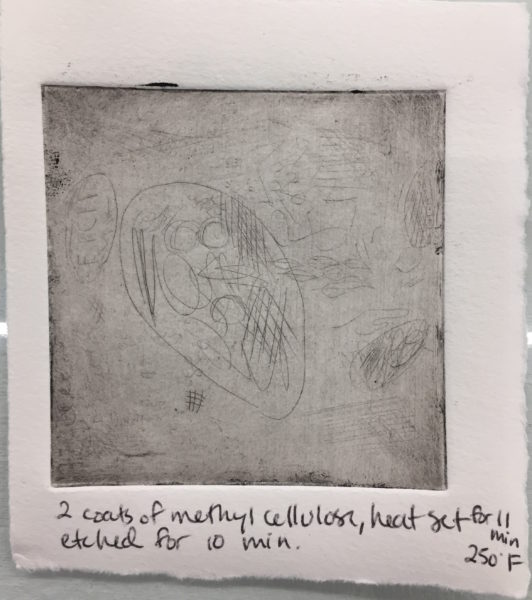 The results were not very successful because the lines that were captured were very light and inconsistent. On plate 2 it is clear that the marks made after being heat set are stronger than those made before being heat set. On both plates there is some fowl biting and plate tone. After seeing these results we concluded that the methyl cellulose breaks down in the etching process, most likely due to its solubility in water, but we wanted to test a plate that was coated in more layers to see if this affected the final printed results.