For this experiment, Zoe wanted to see what kinds of images she could make using this process. She first tested using a stencil to create a clean, sharp edge in her image; her next test was to try creating a very graphic image with a different feel than previous image tests.

For the first test, Zoe tried to make an image using a stencil. Her goal was to create a very sharp, clean line and to preserve the super dark black of the double aquatinted plate.

To begin with, Zoe cut a stencil out of a clear backing sheet. 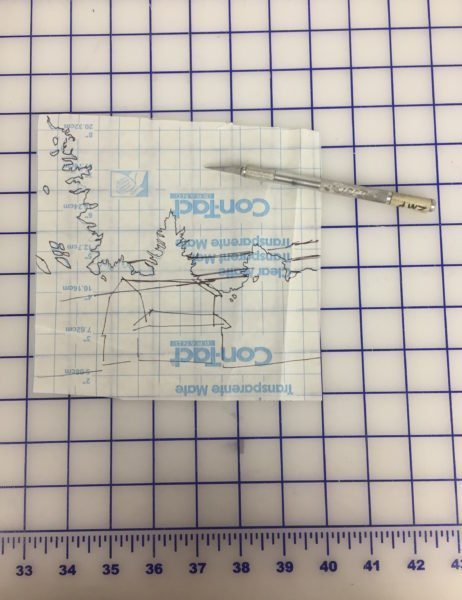 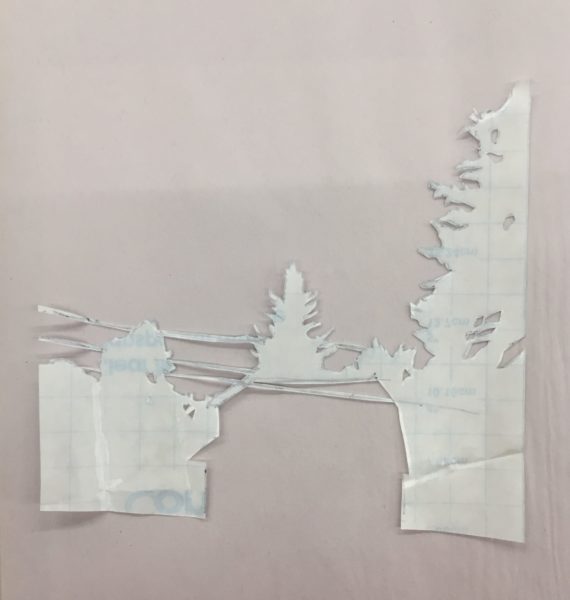 The cut out stencil

She then carefully applied the stencil, burnishing with a plastic card, until the stencil was flush with the plate. She wanted to be sure to burnish the stencil, since the double aquatinted plate’s surface isn’t extremely smooth. 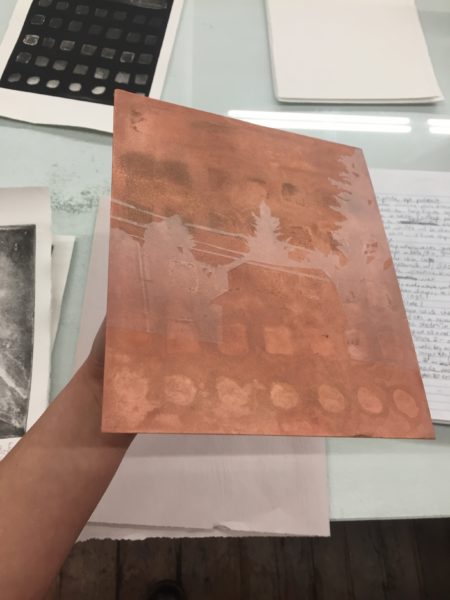 She then applied a thin layer of stop out over the whole plate to create a different value than what was hidden by the stencil (a very deep black). She painted the plate with stop out and GAC 100, looking for a range of values in the clouds. After the acrylic mediums were dry, she then peeled off the stencil. 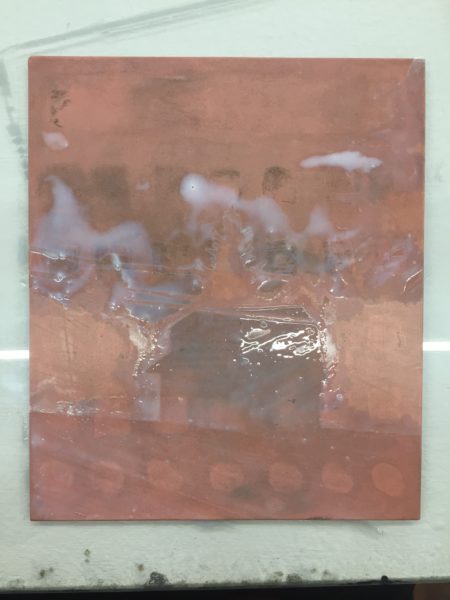 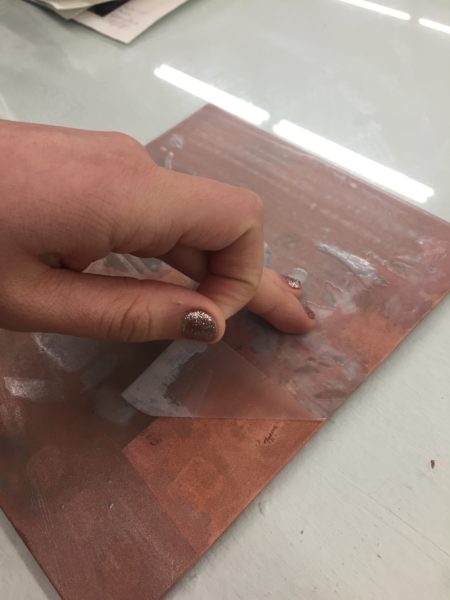 Some edges of the acrylic medium lifted off, so Zoe patted them down again and set the plate on the hot plate to hopefully re-adhere the medium. She then printed a proof. 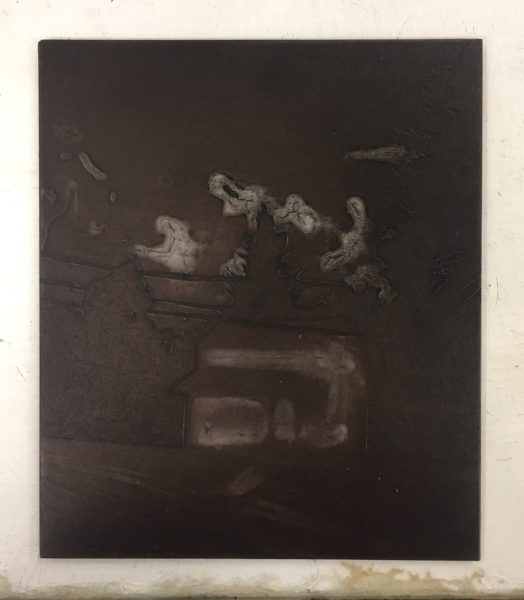 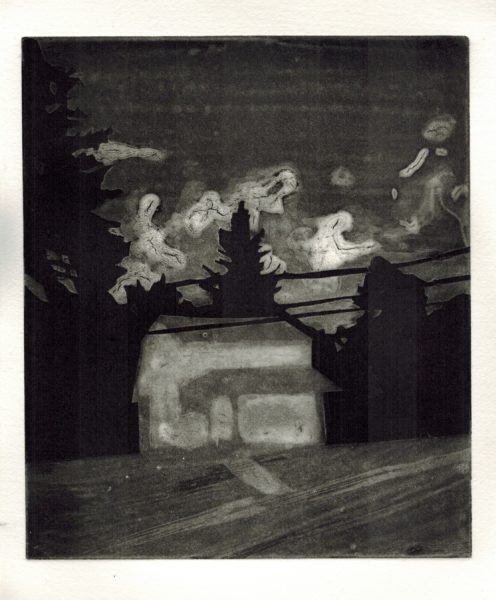 The proof showed that the stencil worked perfectly. Very clean lines were kept; the stencil kept the areas of stop out washes out. Zoe decided to go back into the image a little to add highlights, and lightly sanded the edges of the house to knock the harshness of the stencil away a bit in that area.

She printed a second proof: 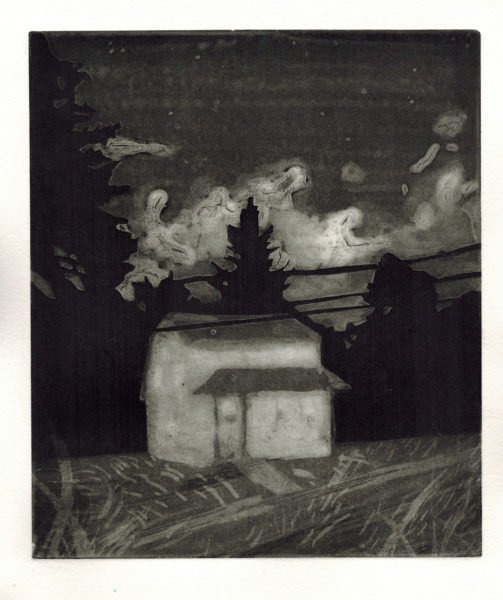 Zoe then tried to apply a very small stencil to sand in, attempting to bring back small areas of dark values. The goal was to create dark windows in the image. 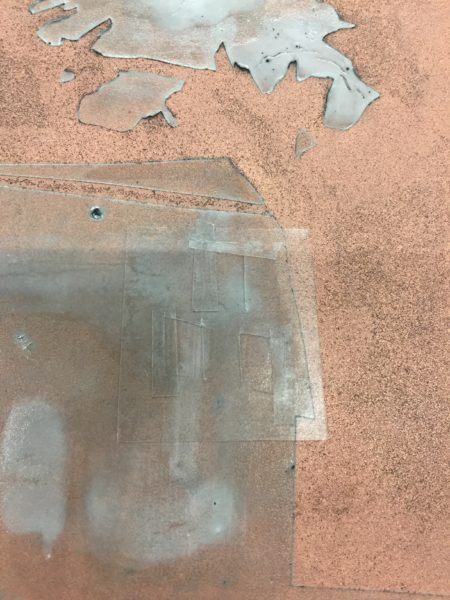 Tiny stencils for the windows

She then pulled a third proof: 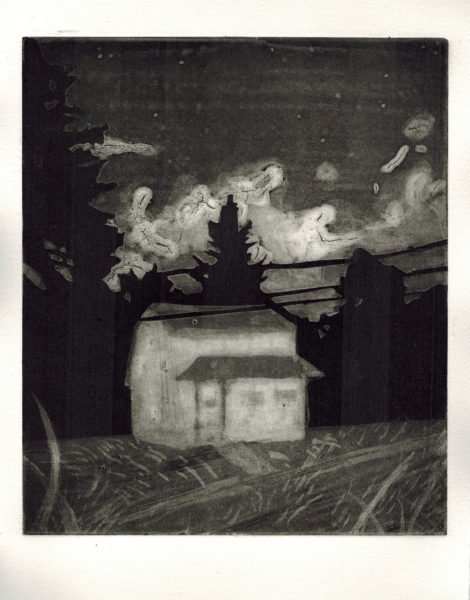 The stencils were successful, but Zoe didn’t sand quite hard enough and so the windows remained very light. Some dark tone was added, but not much.

In order to make the house “pop,” Zoe decided to add a plate of linework over the image. She chose to do so with a PETG plate, working in drypoint. One advantage of using PETG for this is the fact that the plate is clear, making drawing registered linework quite easy. 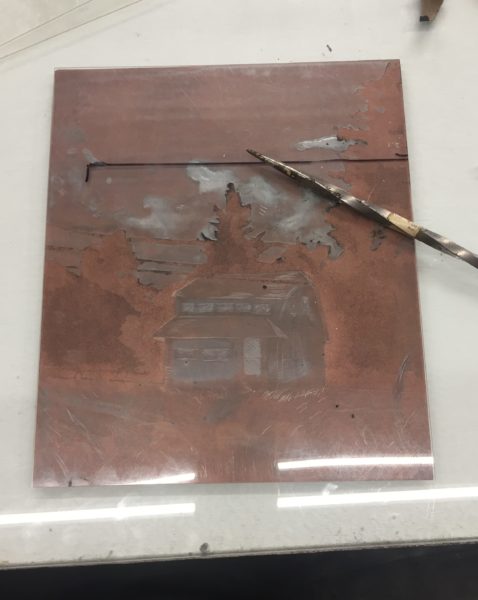 Drawing a drypoint image in PETG over the copper plate 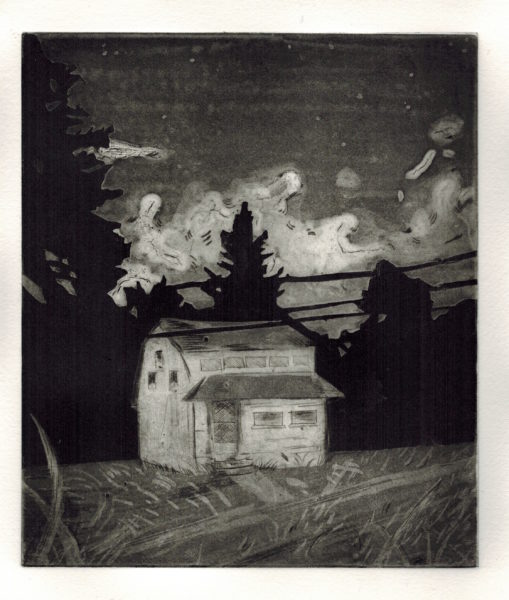 The minimal drypoint successfully gave detail to the house and to the clouds, and the combination of the two plates worked well and easily.

For the next test, Zoe wanted to try to make a strong, graphic image with a dark “figure” and a light “ground.” 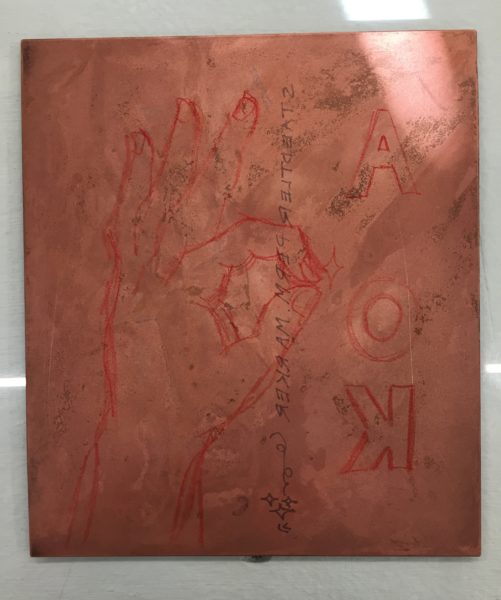 She built up a large area of stop out in the background, trying to get a very light tone. 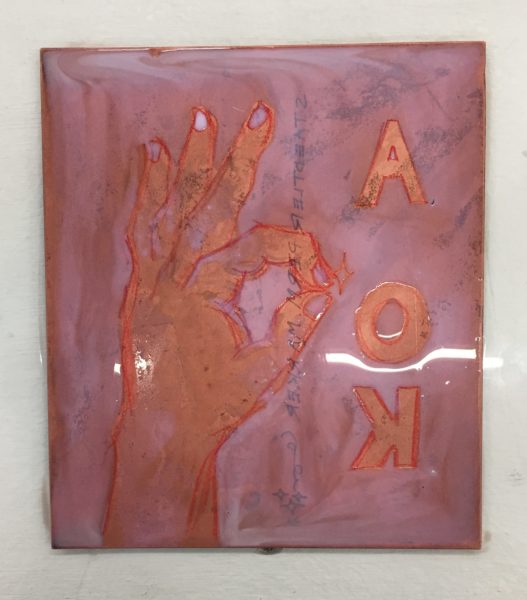 A first layer of stop out 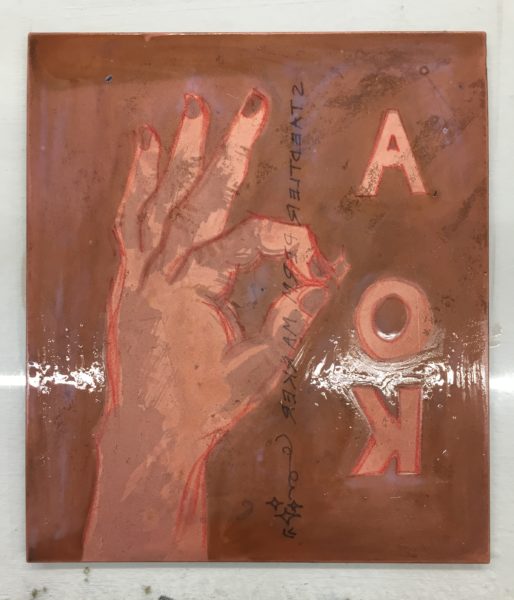 Another layer of acrylic 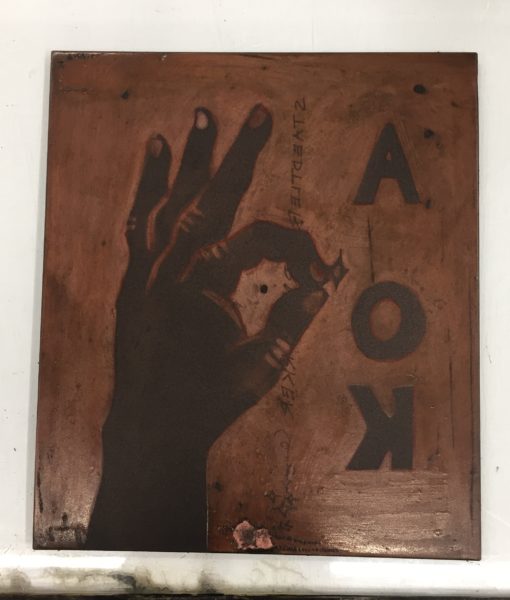 The inked and wiped plate

The final print was pretty much what Zoe had aimed for–crisp lines, a very dark figure and a light ground. Though the background wasn’t as light as Zoe had originally hoped for it to be, she could treat this as a working proof and continue to add stop out to the background and most likely achieve a very light tone. 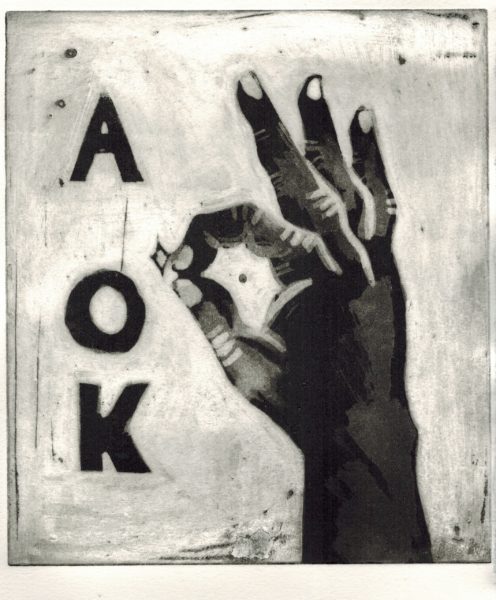