For this experiment, Megan was testing the ability of this process to produce a clear composition with a full range of values. She began by drawing an image and transferring it to the copper plate using carbon paper. Once the image was on the plate she slowly built up values from black, the aquatinted plate, to white, multiple layers of acrylic medium. For this image she used mostly Zea Mays Acrylic Stop Out which is a mix of Future Floor Polish, white Guera watercolor paint for pigmentation, and Gac 100. 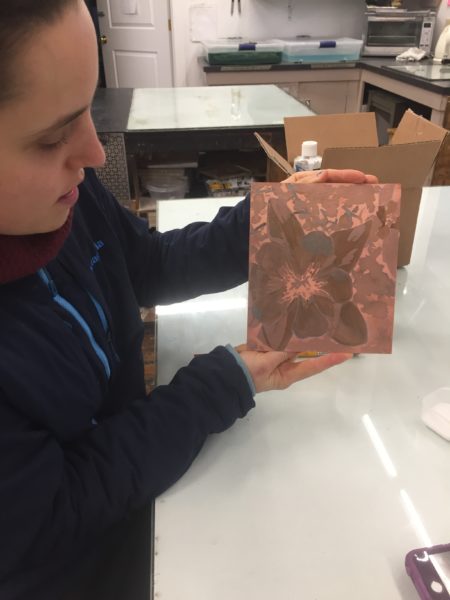 Megan carded the plate with Bone Black ink on the hot plate, wiping with tarletan and eventually hand wiping. The plate did not look “fully wiped” when getting close to the printing stage, it remains rather dark looking. It is easy to over wipe because of this. 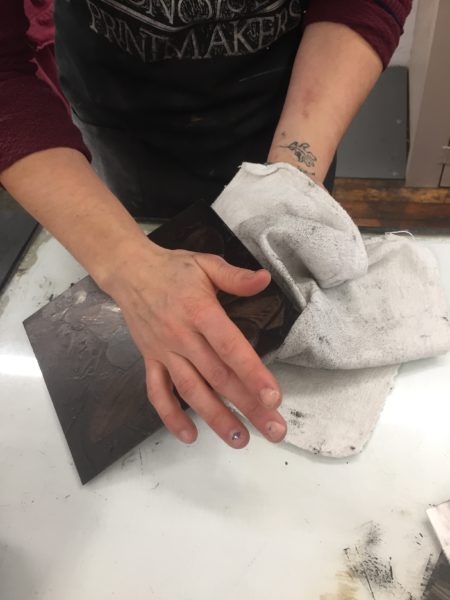 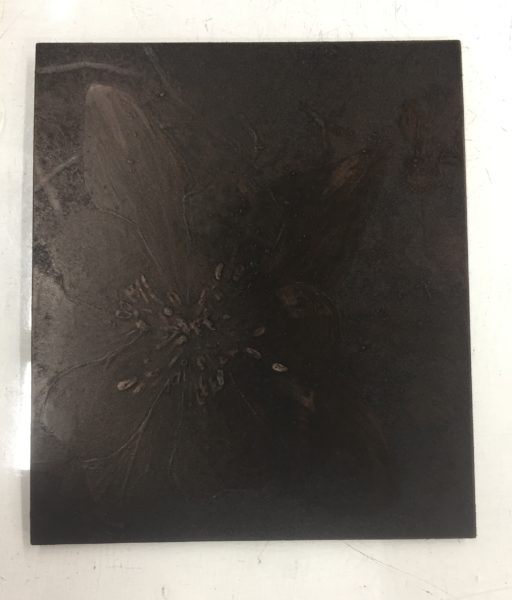 The inked and hand wiped plate, appears very dark, but is ready to print.

She printed on Hanemuehle Copperplate white paper. Image of State 1 shows how dark the composition was, even after multiple think layers of stop out were applied. 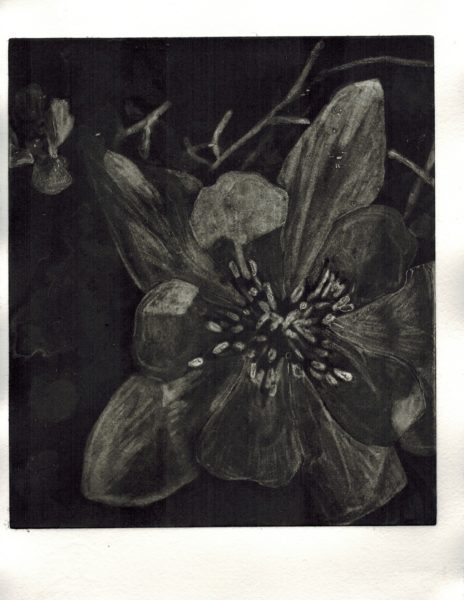 The whole image is too dark, so Megan went back into the plate with stop out to bring out more values and detail. The image of State 2 shows the reworking of the plate, which successfully created more bright values. The background consists of a wash, where water was applied to the plate and GAC 100 and Stop out was dropped on and painted into the water. The plate was air dried and thus organic swirling values formed. The flower itself has many surface imperfections, which are caused by brush marks and air bubbles.

Megan was satisfied with the range of values achieved in this image, but did not think the quality of the image was refined enough due to the surface imperfections. So, she used steel wool and different grits of sandpaper to smooth out the surface. 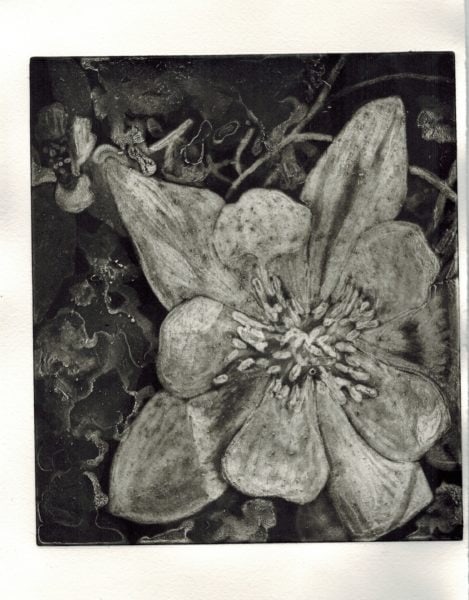 The image of State 3 shows how effective the sandpaper and steel wool were. The surface has smooth areas of value. The scratch on the upper left petal resulted from a hard ink clump during the inking process, but was covered up using stop out in image of State 4. The bright thick marks on the lower petals were the addition of a thick layer of stop out after sanding. This image has some value transitions Megan wished to push further, to make them more subtle. 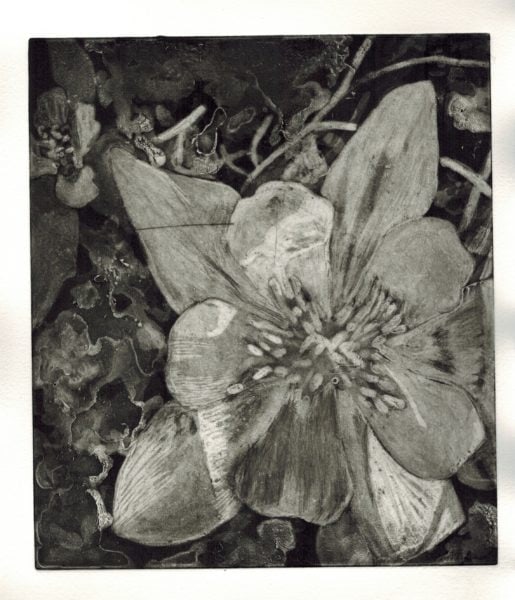 Some details in the plate were accentuated  with a simple line drawing made on a second plate. The acrylic plate had a few more modifications in the transitions, which where achieved through gentle sandpapering and with the addition of a few more thick layers of stop out. Some of the darker values were brought out through rough grit sandpaper. The final image was combined with an etched line work plate to bring out some of the edges and shapes in the flower. 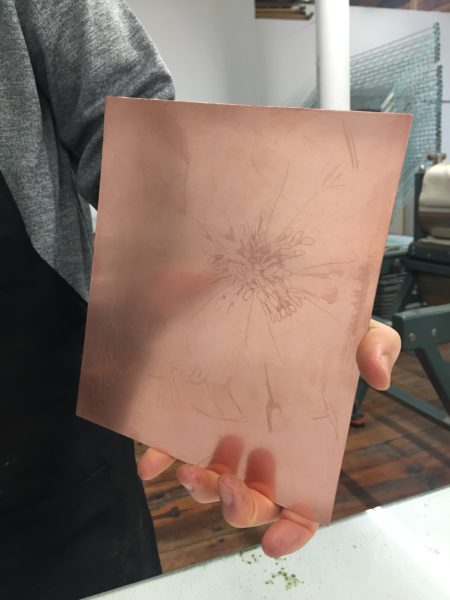 The final image (below), includes the line plate on top of the acrylic plate, shows a full range of values and a fairly successful attempt at creating soft transitions. It is very easy to manipulate the plate using sand paper and adding more stop out layers, so you have to work slowly and carefully. Registration is not perfect, so some lines do not align with the edges of the acrylic plate.

The final image with the added linework