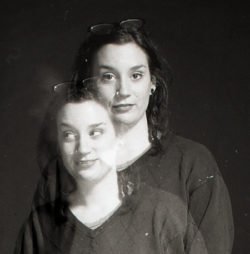 Liz Bannish is an artist and printmaker who has been training professionally in the arts since 2009. Her work touches on themes of fables, death, women, and the sea. Liz’s personal prints have been shown on a national scale from Los Angeles to New York, and in mediums from fine art prints, to photographs, to alternative processes.
She is the Printmaking and Photo Technician for Smith College in Northampton, MA. Previously, she has trained as Apprentice Printer at Wingate Studio in NH and conducted workshops for the Southern Graphics Council. She earned her BFA in Printmaking from the University of Massachusetts Amherst, receiving the John Roy second best in show award for her senior thesis exhibition in 2011.
See more of her work at www.lizbannish.com and instagram @spurdogmcbeasty